Patrick Mullins: 'Chacun will have no excuses if he's beaten over Christmas' 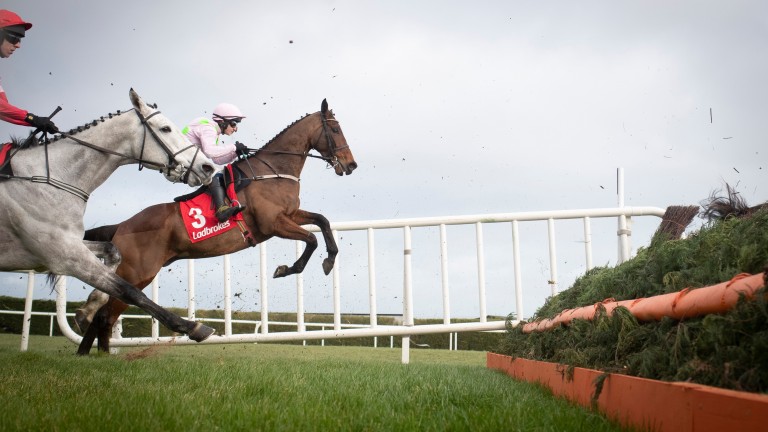 Chacun Pour Soi in action at Leopardstown last season. He returns to the track for the Paddy's Rewards Club Chase on December 27
Patrick McCann
1 of 1
By David Jennings UPDATED 9:13AM, DEC 10 2020

Patrick Mullins is convinced Chacun Pour Soi is the real deal and believes him to be almost unbeatable on his day.

Fresh from a remarkable 15th victory at the top level on board Min in the John Durkan on Sunday, Ireland's most successful amateur was talking on Wednesday as part of the launch of the Leopardstown Christmas Festival, where Chacun Pour Soi is set to contest the Grade 1 Paddy's Rewards Club Chase on December 27.

Chacun Pour Soi is a general 11-4 favourite for the Betway Queen Mother Champion Chase following his wide-margin win in the Hilly Way Chase at Cork on Sunday, and Mullins was not holding back in his praise for the exciting eight-year-old.

"We think the absolute world of Chacun Pour Soi," he said. "On his day there are very few horses who can beat him."

Chacun Pour Soi was, in fact, beaten by A Plus Tard when 8-15 in the same race last Christmas, but Mullins does not expect lightning to strike twice.

"When he turned up at Leopardstown last Christmas he went straight there without a run and got beaten," he said. "He just blew up, so Willie was keen to get a run into him first this time around. That's why he went to Cork.

"He's come out of the Hilly Way very well and I'd imagine it will be straight to Leopardstown now. He has no excuses this year."

He added: "Willie is a creature of habit so I'd say Min will swerve Christmas and head to the Dublin Racing Festival, before the Ryanair." 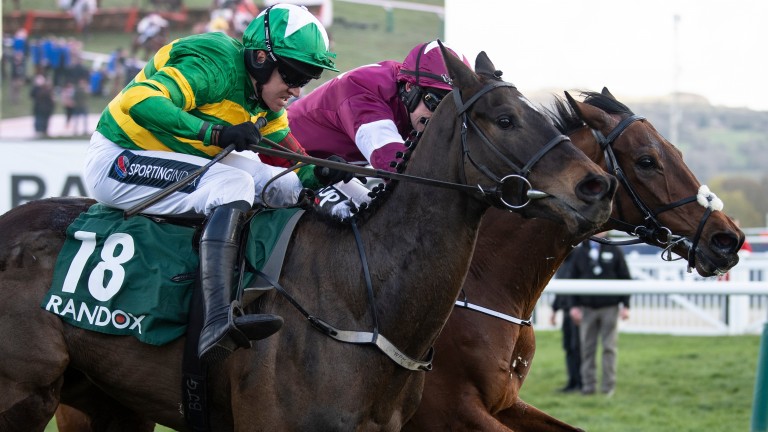 Mullins could be on board Sharjah as he attempts to win the Matheson Hurdle for the third year on the trot, but he admitted Saint Roi is the stable's number one hope for the Unibet Champion Hurdle.

He said: "I think the 10-1 about Sharjah is a huge price for a horse who loves the drier ground and the track at Leopardstown. But as regards the Champion Hurdle, Saint Roi looks the number one at the moment. He has huge potential. He could be the Champion Hurdle horse around here this season.

"We were very surprised with how keen Saint Roi was at Punchestown and he gave Mark [Walsh] an awful time. It just didn't work out. Looking at the race, you would like to think he can reverse the form with Abacadabras.

"We have David Casey riding him out every day at home now so I don't expect that to be a problem again."

The champion amateur believes the current bunch of novices chasers at Closutton to be the strongest for some time.

"It's definitely the most depth we've ever had in the division," he said. "I think we won ten of the first 12 beginners' chases we had runners in. We're very excited about the novice chasers."

On Monkfish, favourite for the race previously known as the RSA Chase, he added: "I'd be very disappointed if he was beaten in the Neville Hotels Novice Chase, but then again I've been disappointed before. He put in a fabulous performance at Fairyhouse.

"The first day Paul Townend schooled him we had to tell him to stop and that he'd done enough. He just wanted to keep going. He loved it.

"What I loved about him in the Albert Bartlett was the way he burst through the gap when it was there. That showed just how much he has matured and learned how to race."

Mullins also revealed Asterion Forlonge would be heading to Limerick for the Faugheen Novice Chase on December 26.

On Faugheen himself, the evergreen 2015 Champion Hurdle winner will not be seen over Christmas.

Mullins revealed: "He had a little setback around October time and won't make Christmas. He was actually in great form before the setback. If he's showing the same sort of form again when he comes back in, we'll look for another race for him."

On dual Cheltenham Gold Cup winner Al Boum Photo, he said: "He'll be going down to the sunny south-east on New Year's Day. He's booked in and all ready to go. The bucket and spade is packed for Tramore! He's in great form."

The Savills Chase at Leopardstown on December 28 is shaping up to be the best race of the festive period, with some stellar names among the 22 entries.

Davy Russell hopes Presenting Percy's reincarnation for Gordon Elliott can continue but, with Minella Indo, Champ, Delta Work, Kemboy, Allaho, The Storyteller and Melon all entered too, he knows it's a race that will take some winning.

"This is a hell of a race," he said. "If the majority of these turn up, it's going to be an unbelievable sight.

"Presenting Percy's home work has been spectacular. I just felt at Down Royal he was still feeling the effects of the fall in the Gold Cup. Gordon tweaked a few things at Thurles and put the noseband back on - all those thing seemed to help.

"He's back in a positive place now and could definitely challenge in a race like this, although I'm not entirely convinced Leopardstown is his track as there's not much jumping to be done in the latter stages, and he's a brilliant jumper."

FIRST PUBLISHED 6:45PM, DEC 9 2020
We think the absolute world of Chacun Pour Soi. We think that on his day there are very few horses who can beat him

Henry de Bromhead a freeman of Waterford after this year's historic triumphs Red-hot Mike O'Connor proves the master once again for in-form Henry de Bromhead Rachael Blackmore bids for more big-race glory - but this time she's on the Flat Last race off: can Willie Mullins and Ryan Moore strike with fancied Saldier? Speak In Colours in 'really good shape' in bid for back-to-back Ballycorus wins Willie Mullins names the five horses he plans to take to Royal Ascot next week