'You always did your best. Always' - Crowley's eulogy to heroic Pat Smullen 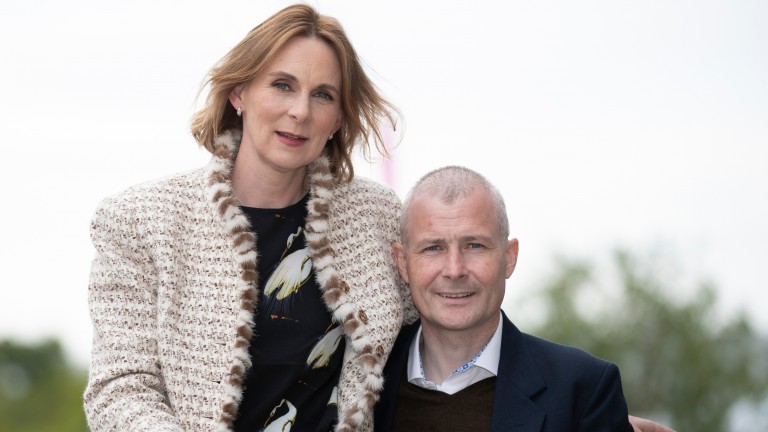 And, so, on the most sombre September afternoon imaginable we said goodbye to the golden boy of Irish racing. Pat Smullen was laid to rest at the tender age of 43. Much too young; much too soon.

The final farewell brought us to St Peter's Church in his home village of Rhode in County Offaly. Most watched via Zoom, more than 700 at one stage, and among them was Frankie Dettori who commenced the round of applause on the video communications platform after Pat's wife Frances delivered a eulogy that was befitting of her heroic husband.

Frances began: "My heart is broken. I've lost my best friend, my soulmate. Hannah, Paddy and Sarah have not just lost their lovely Dad, but their mentor, friend, ally and rock. You should know that Dad was so proud of each of you and the people that you have become. He's carried you and I know you will continue to carry him with you every day.

"My heart breaks for all of Pat's friends around the world, who didn't get to see him, or chat to him, or tell him how much he meant to them. I want you to know that I told him all of this and he knew. He saw all your messages, even if he could not reply. Sometimes he just didn't have the energy. Sometimes he did not have the words."

Frances, somehow, found the words. On the day she dreaded ever since first finding out Pat was suffering from pancreatic cancer, she managed to hold it all together and deliver each and every word more elegantly than any of us ever could.

She continued: "I would like to acknowledge the support of the wider racing community, particularly Pat's fundraising gig for Cancer Research at the Curragh. He died on September 15, exactly one year after that amazing day. I think that symbolises how much that meant to him.

"Strong; brave; tough, fighter. All those words were used to describe Pat, and here are a few more: insecure, scared, vulnerable, sad. For he was only human and knew a body could only take so much. His spirit never gave up, but in the end it wasn't quite enough.

"Pat's death will come as a big blow to many cancer sufferers in Ireland. I have a message to you from him: keep going, don't lose heart; please don't let this knock you back. Pat did not get all the breaks with this disease. A few gaps closed when he needed a clear run, but he always had a great team around him to regroup, swap tactics and get legged up once more.

"To all the cancer team at St Vincent's Private Hospital, we will be forever grateful. Every night when I looked at Pat I knew he was going to be treated with kindness and respect. The disappointment on their faces when they saw him fade was obvious. Pat could feel it too. I'm doing my best, he would say. We know you did your best in everything you did, Pat. You always did your best. Always."

It seems ridiculous, given the career he had, but as good as Pat Smullen was at riding horses, he was even better as a person. That is some feat given he won 25 Group or Grade 1s, the Derby, two Irish Derbys and was champion jockey nine times. 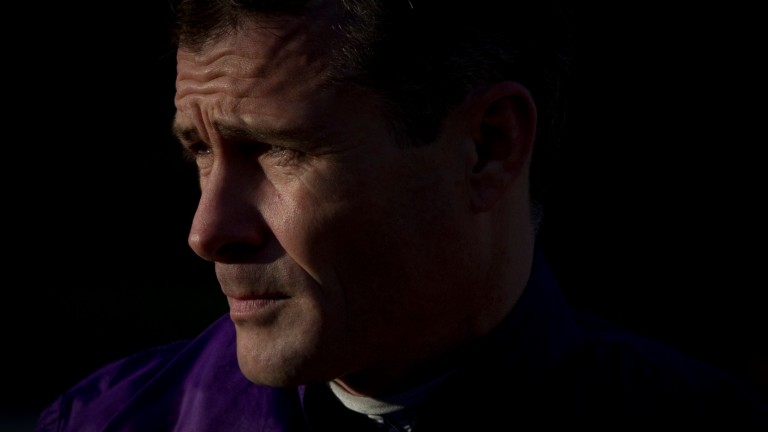 That was a point the chief celebrant, Fr Gregory Cormican, touched on.

Fr Cormican said: "I wouldn't be the greatest on social media but last night I scrolled down through all the different comments on Twitter to see what people were saying about Pat. There was a constant theme running through them, a huge emphasis on him being a gentleman. He was a sportsman known all over the world, but it was underpinned by the sense of being a very nice person.

"He was gracious, humble and courageous. He was always ready to help others and people were saying it was a pleasure to have him in their lives; that they were richer because of it. People were delighted to have met him not because he was a famous jockey, but because he was Pat Smullen.

"This morning I looked up Google to see what was stronger than iron. Tungsten it said. Pat Smullen was tungsten."

Fr Cormican went on to recall Smullen's days of serving mass in the very church he was standing in and explained how a young Pat would always try to switch to the 8am mass rather than the 11am so he could spend as much time with the horses in the nearby yard of Tom Lacy.

"He used to cycle over three miles to Tom's so he could work with the horses. That level of commitment stood to Pat throughout his life," said Fr Cormican.

Smullen's coffin, draped in winning number cloths, was carried into the church to the sound of Amazing Grace. The next song to be beautifully sung was 'I Will Never Forget You' by Carey Landry, and Andrea Bocelli's 'Time To Say Goodbye' closed the ceremony.

It was, somehow, time to say goodbye to Pat Smullen – a husband, a son, a father, a friend, an icon. We will never be able to get our heads around why it has happened so soon to someone so special but, one thing you can be sure of, his legacy lives on.

FIRST PUBLISHED 7:03PM, SEP 18 2020
This morning I looked up Google to see what was stronger than iron. Tungsten it said. Pat Smullen was tungsten