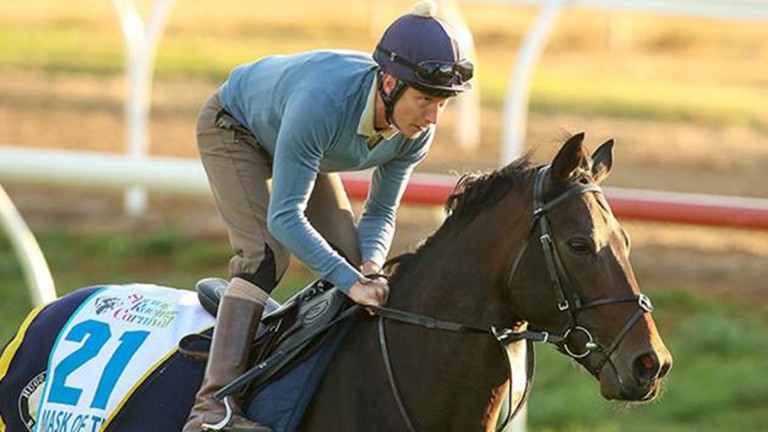 Toby Atkinson, the son of legendary jockey Pat Eddery, has his first ride in Australia at Wangaratta on Monday.

The 28-year-old said he could only recall one piece of advice ever imparted by his late father, but he has been told there are similarities in the way they ride.

"The only advice he ever gave me was, 'Watch Frankie Dettori'," Atkinson said with a chuckle. "He never helped me or gave me any secrets.

"But I suppose I ride quite similar to him. He used to 'bump the saddle' all the time, and I do that occasionally, and I've been told there are a few similarities in my riding to his."

Wangaratta cards and form from racing.com

Eddery, who died in November 2015, rode 4,632 winners in a glittering career that included 11 champion rider titles and four wins in the Arc de Triomphe.

Atkinson has battled weight issues that Eddery never had to deal with and stopped riding in Britain around three years ago.

"I wasn't getting the volume of rides to justify wasting every day. It felt like weight was getting the better of me," he said. "The break was good but I've been keen to get back into it.

"I've missed it. It's a big part of your life. It takes up a lot of it, lot of enjoyment and fulfillment. It's a big thrill, riding winners."

It wasn't until a few years ago that Atkinson even considered Australia a place he could possibly resurrect his riding career.

The urgings of a fellow rider and a friendship with trainer Mick Kent's son, Michael, planted the seed, but it was travelling out for last year's Spring Carnival with Hugo Palmer's two raiders, Wall Of Fire and Mask Of Time, that prompted him to make a go of it.

"When I was younger a good friend came out to ride for Jarrod McLean and he always told me to take the chance to come," he said.

"I had thought about it in 2015, but Hugo offered me a job to ride for him and I thought I'd give it one last shot. I came out with Hugo's horses last spring and decided then I'd like to give it a go."

Atkinson has been in Australia for three months, based with Kent at Cranbourne, but he is happy to help out any trainers who might need a hand with track riders.

One of them is Mark Webb, who has presented Atkinson with his three rides at Wangaratta, the first of whom is Tryst Again in Race 3. He also rides Colonel Klink in Race 8 and Thermogenic in the following event.

Atkinson added: "I went and rode out for Mark the other day and he rung me and he said I could ride his, which was very good of him to put me up straight away. I was pretty thankful for that. I can't wait to get back into it."

FIRST PUBLISHED 10:59AM, JUN 25 2018
I suppose I ride quite similar to him. He used to 'bump the saddle' all the time, and I do that occasionally