Trainer's wife applies for licence to take over stable 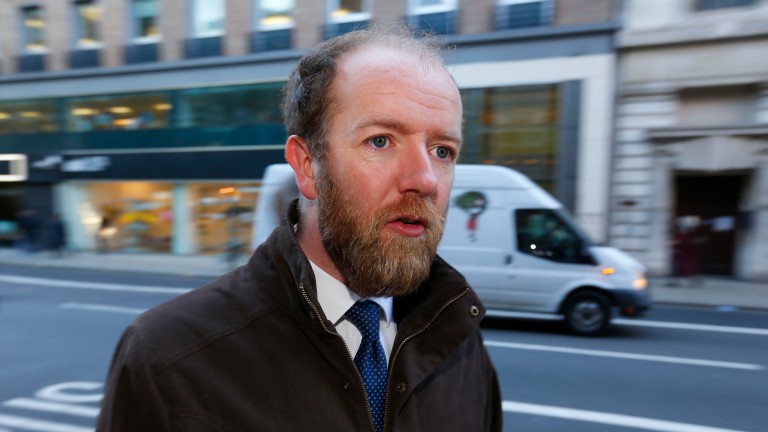 Jim Best's wife Suzie has submitted an application for a trainer's licence in a bid to take over her husband's Lewes yard.

Best was suspended for six months on Monday for ordering conditional rider Paul John to stop two horses last year. He was given seven days it which to appeal and has yet to confirm whether he will.

On Wednesday it emerged that Mrs Best, who the Racing Post reported attended a trainers' course at the Northern Racing College in the summer along with Best's brother Tom, applied for a licence on Tuesday.

She is seeking it before Monday's appeal deadline expires, after which her husband's suspension will come into force, claiming any delay would result in the yard having to be shut down.

In a letter written on Mrs Best's behalf seen by the Racing Post, the BHA is warned any failure to grant a licence, even for an interim period, will result in "a wrongful increase in the penalty handed down by the disciplinary panel and an abuse of the BHA's powers of licensing".

The correspondence states an extension of the stay period or high court injunction would be sought if the BHA does not allow the licence to transfer.

It says: "We are confident it will not come to that, but for the sake of absolute clarity we put the BHA on notice that our clients will take the necessary steps including (i) applying to the disciplinary panel to extend the period of the stay that is currently in force and/or (ii) seeking injunctive relief through the high court if there is any sign that the BHA does not intend on allowing a smooth transition of Mr Best's yard into Mrs Best's hands."

A BHA spokesman said it would "neither confirm nor deny speculation around licensing applications as they are private matters".

Best was handed his ban at a rehearing. In April he received a four-year disqualification for the same breaches, later rescinded owing to the BHA's botched handling of the original inquiry.

Surprise at the penalty

The BHA was told on Wednesday to amend the guide used to determine penalties in disciplinary cases if it was unhappy with the length of the suspension imposed on Best for non-trier offences.

There has been surprise at the penalty, with the Horseracing Bettors' Form describing it as "limp" and  "surprising, if not alarming" for such serious offences.

Explaining the reasons for suspending Best the three-man disciplinary panel said yesterday it had taken into account that the case should have been resolved in April and the adverse impact a disqualification would have had on the trainer's staff, who would have lost their jobs.

It said it found the BHA guide to procedures and penalties – which for the stopping charges recommended financial penalties and for conduct prejudicial to horseracing a fine, suspension, withdrawal or disqualification of between one month and three years – of "limited assistance".

"We suggest that if the BHA regards suspension or disqualification for a longer period as appropriate for such a case as the present, then it would be wise were the guidelines to reflect that policy directly and with clarity," the panel said.

"We also decided that suspension rather than disqualification or withdrawal of the training licence was appropriate, not least because of the adverse impact those alternatives would have had on those who work for Mr Best and are innocent of wrongdoing.

"We do not impose any additional financial penalty. The adverse financial consequences that Mr Best has already faced, and will face in the future, are considerable and we do not regard it as appropriate to add further to them."

There was 'no mitigation'

In considering the penalty it said "the worst feature of the case is the fact that Mr Best, the trainer, suborned a young conditional jockey to do wrong when he should have been taking steps to guide him in the right direction as opposed to engaging in dishonest practices".

The panel accepted the case had had "serious consequences" on Best's stable, which is down to 13 horses, but said such were the seriousness of the offences there was "no mitigation".

The BHA said in a statement: "The BHA argued that the panel should impose a significant period of disqualification on Mr Best to preserve the reputation of British horseracing and to maintain public confidence in the integrity and proper regulation of our sport.

"The panel, which is independent of the BHA’s executive function, agreed the matter was a serious case that struck at the heart of racing’s integrity, but their reasons show that in the specific case of Mr Best, they considered it appropriate to suspend his licence, not disqualify him, as well as commenting on the existing penalty guidelines.

"The BHA will consider the panel’s comments over the coming days, and months, but we will make no further comment while the appeal window is still open."

FIRST PUBLISHED 1:53PM, DEC 14 2016
The BHA is warned any failure to grant a licence, even for an interim period, will result in 'a wrongful increase in the penalty handed down by the disciplinary panel and an abuse of the BHA's powers of licensing'