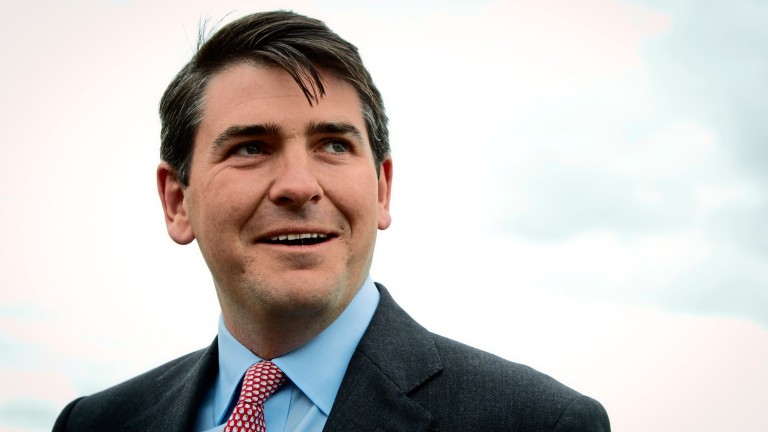 Hugo Palmer has been fined £1,000 by a BHA disciplinary panel after admitting a breach of the rules of racing when a member of his staff was found in possession of non-permitted substances in Ascot's stables on British Champions Day in October.

The member of staff, who had been attending to stable stars Galileo Gold and Architecture, was discovered with electrolytes and the prescription-only antibiotic Trimediazine Plain.

Both horses were tested by stewards and found to be free of any prohibited substances having been allowed to take their places in their respective races on the day.

Also fined by the disciplinary panel on Thursday was French trainer Francois Rohaut, after a member of his staff was also found to be in possession of "substances other than normal feed and water in the racecourse stables" at Ascot on the same day.

The member of staff was carrying electrolytes and a sachet of Ekygard Flash, nutritional support for horses with gastric problems, while attending to sprinter Signs Of Blessing.

In admitting a breach of the rules, Rohaut explained the Ekygard Flash was due to be given to the horse the following day in Chantilly during his journey back to Pau.

He added he has now instructed his staff to keep such products in designated boxes that must stay inside the horsebox in future. The panel fined Rohaut £750.

In a separate inquiry, the panel disqualified the Paul Morgan-trained Potters Corner from his second placing in a Ffos Las novices' hurdle in February and fined the trainer £800 after the horse tested positive for prohibited substance omeprazole sulphide.

The panel explained that while there was no suggestion Morgan had cheated, it had been unable to establish the source of the substance and therefore could not be satisfied that all reasonable care had been taken, nor that the administration was accidental.

Morgan, the panel stated, had been previously warned about the importance of keeping accurate medication records and was hit with a fine above the entry point.

FIRST PUBLISHED 4:35PM, DEC 22 2016
Both horses were tested by stewards and found to be free of any prohibited substances having been allowed to take their places in their respetive races