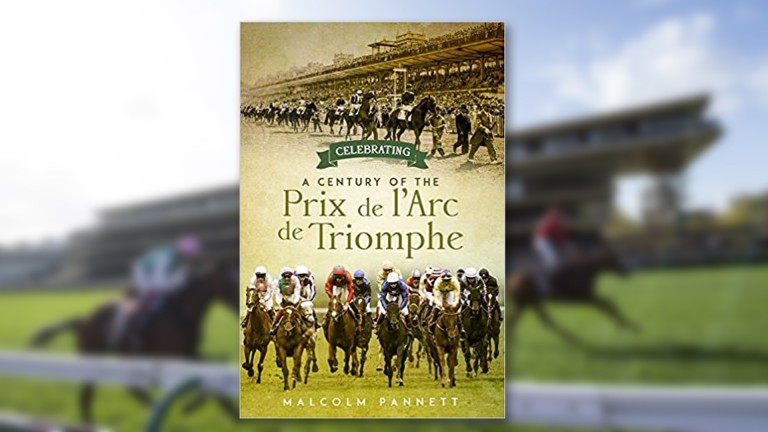 Malcolm Pannett's history of the Prix de l'Arc de Triomphe charts the first 100 years of Europe's greatest race that rose from the embers of the First World War
1 of 1
By Jonathan Harding 3:51PM, OCT 5 2020

The history of the Prix de l'Arc de Triomphe is a rich tapestry shaped by some of the world's finest racehorses and biggest personalities.

This illustrated book celebrates 100 years of Europe's greatest race and its tales of heroism are the perfect appetiser before Enable's bid for a historic third success next month.

It is written by racing journalist and broadcaster Malcolm Pannett, who writes that he first watched at his best friend's house in 1970, when Nijinsky suffered an agonising defeat under Lester Piggott.

Just about over that experience, the author begins the book by charting the chain of events that led to the inaugural running of the race on the Bois de Boulogne 50 years earlier, when it served as a much-needed antidote to the horrors of the First World War.

Pannett then provides a detailed account of every race, complete with the betting, three-year-old form lines and post-race reaction.

The guiding principle of the Arc was to create an international race and the realisation of this becomes clear as the book progresses, with in-depth information about horses from all over the world. 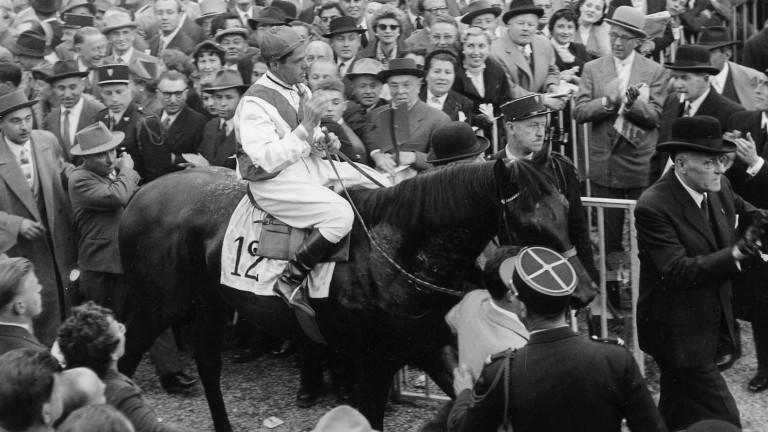 One of the finest to contest the race was Italian champion Ribot, who took his remarkable unbeaten streak to 16 with his second Arc in 1956, the same year the US provided its first two challengers.

The Arc's roll of honour is full of equine superstars from Sea Bird, Allez France and Mill Reef, to Dancing Brave, Sea The Stars and Treve, but the best stories are frequently the less common ones.

Among the more unusual is the tale of Le Paillon, who won the race in 1947 after a successful campaign over jumps, in which he finished second to the great National Spirit in the Champion Hurdle before landing the French equivalent, the Grand Course de Haies d'Auteuil.

Yet he was arguably not the most interesting runner in the field. The favourite was Tourment, who survived the Battle of Normandy due to the quick actions of the owner of the stud he was taken from. The stud manager was sent out with an armful of cash to persuade the German soldier who was guarding the horse to return him.

Le Paillon was trained by William Head, whose family have excelled in the race for generations. William trained two winners, his son Alec trained four and his granddaughter, Criquette Head-Maarek, was responsible for Treve, one of just eight dual winners of the race. His grandson Freddy, now a trainer, also won four Arcs as a jockey. 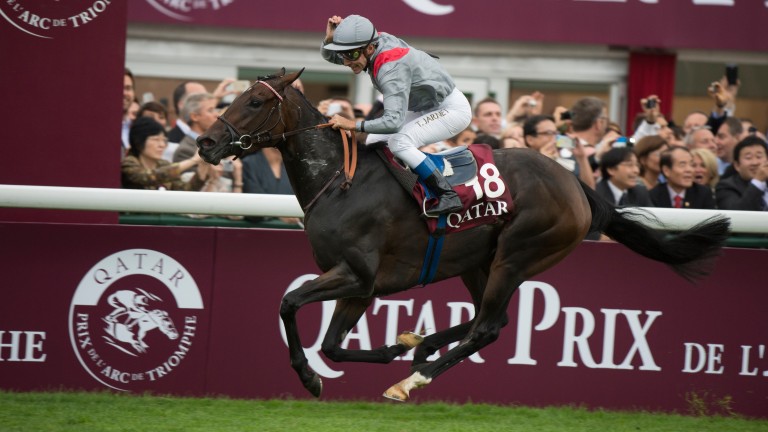 Treve and Thierry Jarnet take the Arc acclaim in 2013, the brilliant filly's first success in a race that has had eight dual winners
Edward Whitaker

The Heads have left an indelible mark on the race, as have the other major racing families covered in this book, including the Rothschilds.

Pannett offers invaluable background on the sport's biggest names too, such as Marcel Boussac, Vincent O'Brien and Piggott. He also gives due attention to the modern era, with the likes of John Gosden, Coolmore and Khalid Abdullah, who is joint-leading owner alongside Boussac with six winners, featuring prominently.

This lengthy work is broken up by some excellent pictures, including of six-time winner Frankie Dettori roaring home the indomitable Golden Horn, who powered clear of Flintshire at Longchamp in 2015.

There will be much debate over whether he can roar home another winner next month and this is the perfect book to help you prepare for Enable's date with destiny, helping newcomers to grasp the occasion and longtime fans to brush up on their racing history.

FIRST PUBLISHED 6:00PM, SEP 19 2020
The Heads have left an indelible mark on the race, as have the other major racing families covered in this book, including the Rothschilds

Secretariat: 'He was something else - I'm still waiting to see one as good' How Jeffrey Bernard left Victor Chandler mortified in front of the Queen Mother The day the Queen Mother stood closer than planned to a fractious horse 'I was dreading every step, every stride, and always thinking the worst' Lady Bowthorpe: 'Even on Newmarket Heath, people know who she is' 'It was a split-second reaction' - Al Boum Photo stuns everyone at Punchestown
Bookmaker
Price
E.W. Terms
bet365
Open Account
Ladbrokes
Open Account
William Hill
Open Account
Coral
Open Account
Paddy Power
Open Account
Betfair
Open Account
Sky Bet
Open Account
Sporting
BetVictor
Boylesport
888sport