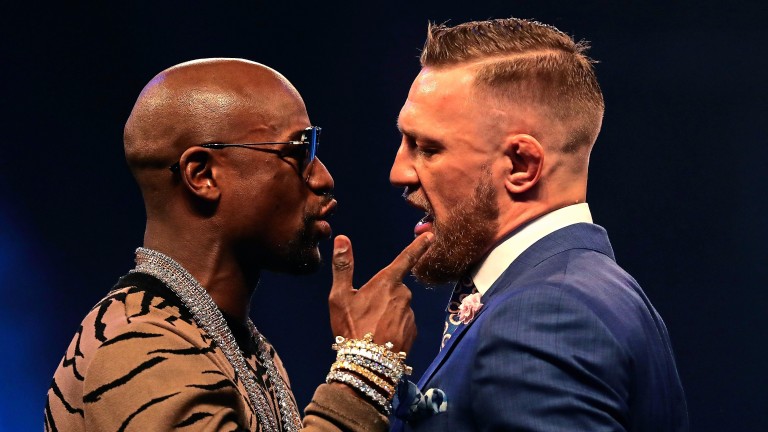 Paddy Power have been censured by the Advertising Standards Authority over a controversial advert prior to Floyd Mayweather's fight against Conor McGregor last month.

The advert, which promoted the firm's decision to pay out early on Mayweather winning the highly-anticipated bout, was accused by some of being racist as it included the slogan 'always bet on black'.

Nine complaints were received by the ASA following the ad's appearance in the London Evening Standard and Metro newspapers, arguing that it was "likely to cause serious or widespread offence" because of the obvious reference to Mayweather's race.

Paddy Power acknowledged the promotion did refer to Mayweather's race but argued this was not done in a derogatory, distasteful or offensive way. The firm said the 'always bet on black' pun was a take on the fight being in Las Vegas and was also a famous line from the 1992 Wesley Snipes film Passenger 57, which they believed their customers would understand.

The bookmaker also pointed to the fact Mayweather himself endorsed the campaign and wore underwear embroidered with the slogan at the official weigh-in, as well as posting related material on social media.

However, the ASA ruled the ad breached rules relating to causing harm and offence and warned Paddy Power regarding their future conduct.

The ASA found readers of the advert could have been offended by the offer to bet on a boxing match based on the race of one fighter and it could be seen as promoting a fight between different races.

"The ad appeared in the sports section of two free, untargeted newspapers, and was therefore likely to have been seen by a wide range of people," said the ASA. "It featured the prominent headline 'Always Bet on Black', alongside an image of the boxer Floyd Mayweather, who was a black male.

In its latest rulings released on Wednesday, the ASA did not uphold a complaint against a bet365 television advert a complainant alleged encouraged excessive gambling.

If you are interested in this, you should read

FIRST PUBLISHED 10:35AM, SEP 20 2017
The ad appeared in the sports section of two free, untargeted newspapers, and was therefore likely to have been seen by a wide range of people