Ozzie steps up in class in Newbury staple with glorious heritage 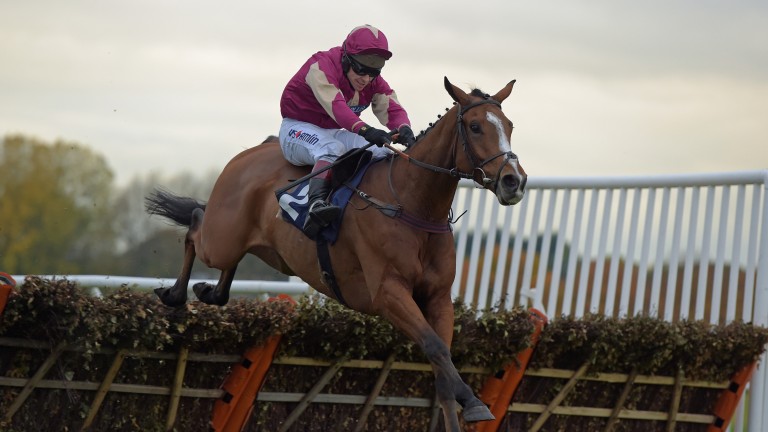 Ozzie The Oscar represents Philip Hobbs and Richard Johnson in the Gerry Feilden Hurdle
1 of 1
By Lee Mottershead 6:00PM, NOV 25 2016

The bet365-backed Gerry Feilden Hurdle returns to its traditional position on the Hennessy Gold Cup card with its eight runners charged with continuing the race's rich tradition as a source of future talent.

An inauspicious start
Omessa Has mixed chasing and hurdling when trained in France. She presumably cost her current owners Simon Munir and Isaac Souede a few quid but there was no early return on her first British start at Cheltenham in April, when she finished tailed off. She has had a wind operation since.

Ozzie the hurdler – for now?
Ozzie The Oscar was a course-and-distance novice hurdle winner in April and has won two of his three subsequent outings at Ludlow and Wetherby. After the Ludlow race connections indicated the five-year-old would have one hurdles outing this season before going chasing. However, Ozzie The Oscar stays over hurdles, with Philip Hobbs planning to take things "race by race" with his 140-rated horse.

Alan King, trainer of Who Dares Wins
He ran really well on his return to jumping at Chepstow and then fell early on at Cheltenham, but he schooled well on Monday morning and can hopefully prove competitive.

Philip Hobbs, trainer of Ozzie The Oscar
This is a big step up in class and I just hope he can be competitive off his mark.

Paul Nicholls, trainer of Tommy Silver
Tommy Silver needed the run last time after having a wind op and the ground was far too testing. He should be a lot sharper.

Nicky Henderson, trainer of Omessa Has
She was very disappointing on her only run for us but we've done a little wind procedure on her since then. I thought she'd have run very well that day, just as I think she'll run very well on this occasion. This is a nice filly.

Warren Greatrex, trainer of Ritual Of Senses
He was a bit below par last time and came back flat after what was probably one too many runs in the spring. He's in great form now and everything should suit him.

Tim Vaughan, trainer of Theligny and Makethedifference
Theligny is a lovely, progressive horse who is going the right way. This is a massive step up in class, and the drop in trip isn't perfect, but Newbury is a demanding track and I thought this could become a demanding race. With such great prize-money on offer we thought it was worth us taking our chance. Makethedifference needs to improve on all his previous form, but with the field being small and the prize-money so good the owners were keen to have a go.

FIRST PUBLISHED 6:00PM, NOV 25 2016
With such great prize-money on offer we thought it was worth us taking our chance