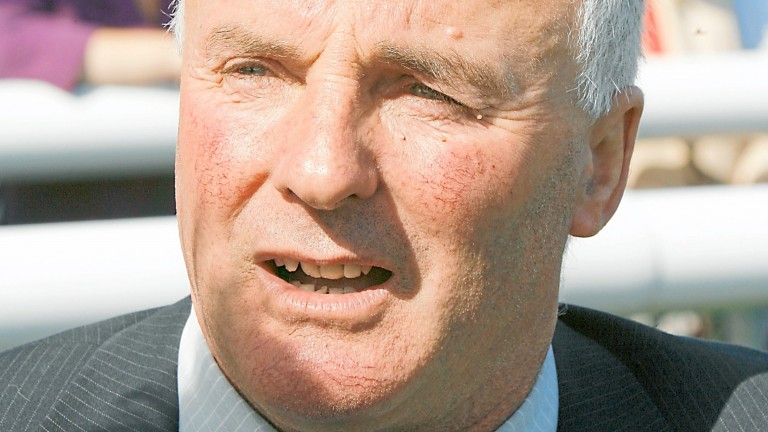 Two part-owners of the unraced two-year-old filly whose place in Thursday's Yarmouth auction race was mistakenly taken by an older stablemate have pledged their support for trainer Charlie McBride.

Jim Hull, 71, is a former point-to-point rider who has dabbled in racing all his life and has seen the real Mandarin Princess work "three or four times".

He also helped get the juvenile in McBride's stalls for starting practice a fortnight or so ago.

However, he admits it never occurred to him while watching his runner circle the parade ring at Yarmouth that it was not Mandarin Princess (it emerged later in the afternoon it was the year older Millie's Kiss, who was due to contest a three-year-old-plus handicap), and even when she won at 50-1 it was not a total surprise.

Hull said on Friday: "It didn't occur to me it was the wrong filly, but I did think she had come on a lot since I last saw her as she looked so well and racing fit. Our filly was very cheap, but she had worked all right, so we hoped she might get in the frame and weren't shocked beyond belief."

'I'm amazed it could happen'

He added: "Charlie knows his horses so well and I'm amazed it could happen, but he was very distracted by the delay getting the saddle, the jockey's overweight, and then an issue over the sponsorship."

Hull has had the odd winner, but for Ian Pattle the swing in emotions was even greater, as it would have been a first.

Pattle, too, has also been around horses for years and worked for trainer Greg Chung in Newmarket before linking up with McBride some six years ago. However, he failed to spot Thursday's 'winner' was missing Mandarin Princess's distinguishing white sock.

He said: "Charlie persuaded me to get involved as an owner but I'd had a lot of bad luck with him. Although he always promised me a winner, I wasn't expecting it on Thursday so the elation was overwhelming. I led her in but didn't notice she had no white sock.

"When told later it was the wrong horse the disappointment was unbelievable, but all of our feelings are with Charlie. I spent an hour with him trying to pick him up off the floor. We just have to reassure him and regroup as a family. I think the BHA accepts it was an innocent mistake."

A statement from the BHA chief executive on Friday confirmed the full facts are being gathered before disciplinary charges are considered, and also explained why disqualification was not immediate.

As the weighed-in announcement had been made before the issue was detected, Rust insisted "the stewards were correct to refer the matter to the BHA’s head office so the appropriate follow-up inquiries and procedures can be followed, including conducting an analysis of the betting on the race and awaiting the results of the analysis of the post-race sample".

Rust, who confirmed that keeping racegoers better informed will feature in the BHA's wash-up from the incident, added: "We understand why people were calling for the horse to be disqualified on the day, however this would not be appropriate in the absence of all the information required to make a properly informed decision about the situation as a whole."

He concluded: "We will also now take steps to see what can be done, more generally, to minimise the possibilities of an issue such as this occurring again. It's a risk we've considered in the past but which has been identified as minimal, and indeed in the 18 years since we introduced the microchipping of horses this is the first time such an incident has occurred.

"Potential solutions to reduce the small risk of this happening even further could come at a significant cost to the industry, and so we must determine an acceptable balance of risk and costs. This will be treated as a priority and we’ll provide an update on this matter as soon as we're able."

Earlier in the day Rust estimated it might cost £400,000 a year in manning costs alone to have someone check horses entering the parade ring –a procedure that might also present safety issues – and considerably more to have airport-style walk-through scanners.

The BHA confirmed McBride is free to make entries for both fillies while inquiries continue.

FIRST PUBLISHED 6:59PM, JUL 28 2017
When told later it was the wrong horse the disappointment was unbelievable, but all of our feelings are with Charlie