Owner Mould reflects on 'a rollercoaster ride with extreme high' 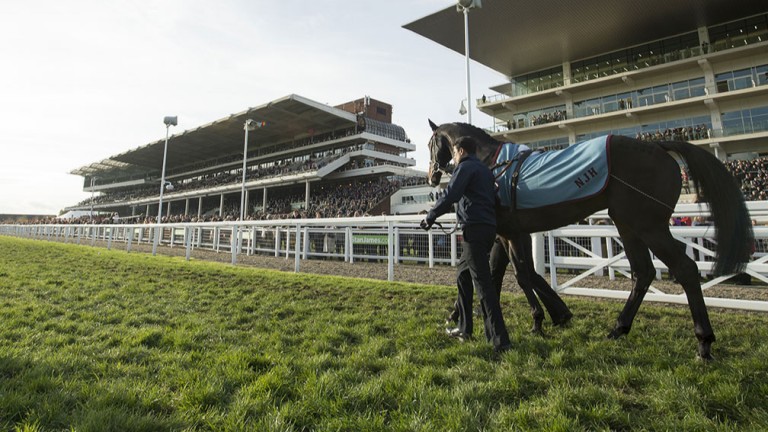 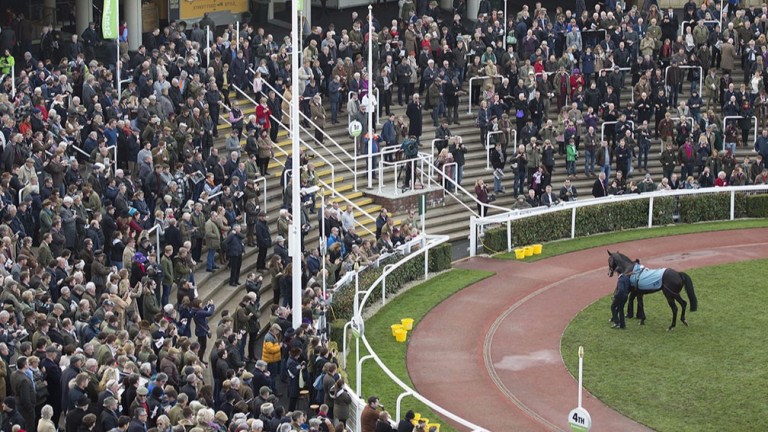 Sprinter Sacre: out on the track on the day of his retirement
Edward Whitaker (racingpost.com/photos)
1 of 2
By Lewis Porteous 10:20AM, NOV 15 2016

Relief as much as disappointment was the overriding emotion for Caroline Mould yesterday, as Sprinter Sacre’s passionate owner reflected on events of the past week, which culminated with the superstar chaser's shock retirement.

Mould described Sprinter Sacre’s six-year career, which included two Champion Chases and an Arkle among nine triumphs at the highest level, as “a rollercoaster ride with extreme highs” and while sad to see it come to an end, she was understandably relieved the ten-year-old will enjoy a happy and healthy retirement.

“In a way I’m relieved because I was petrified about this coming season,” said Mould. “I can counter my disappointment with relief – that’s the only way I can put it. He’s never done anything by halves and this doesn’t really surprise me, I’m just totally relieved it happened at home and not at a racecourse.”

Reliving a career that saw Sprinter Sacre scale to the top of the two-mile chase division not once but twice after overcoming extreme adversity, Mould said: “I’ve been completely lucky. When you’re in it you don’t feel it but I can look back and say, 'Boy; I’ve lived the dream and it’s been wonderful'.

"There are no regrets and I can’t thank Nicky and all those people who contributed to it enough."

Mould also revealed she had been the driving force behind Sprinter Sacre’s emotional farewell at Cheltenham on Sunday, a surprise appearance that went down a storm with his adoring fans.

She said: “Everyone goes into a panic mode and I wanted everyone to see he was in fine shape. Nicky and Corky Browne had got him to such a peak and I wanted people to see that. Maybe it was a bit selfish – I wanted to see him as well and I’m glad we did it. I thought it was handled really nicely.”

As well as his trainer, Mould was keen to pay tribute to Sprinter Sacre’s dedicated groom Sarwar Mohammed, who was in tears as he led the champion around Cheltenham’s parade ring on Sunday.

She said: “Sarwar is the unsung hero here. He’s the one who has lived with the horse. He was so upset yesterday – it’s been his life for the past few years.”

When a heart defect derailed Sprinter Sacre’s career for more than a year, Mould admitted she was among the majority who thought his career was more than likely over, which made his ascent back to the top last season all the more remarkable and enjoyable.

She said: “When he first came back every race was tortuous but the joy for me was seeing him at the track as he loved it. He had a lovely season last year and he’s gone out on a high."

After the loss of stablemate Simonsig moments after Sprinter Sacre had paraded, Mould said any discussions on retirement plans are on hold.

She added: “It was an awful day for Nicky. I spoke to him last night and said ‘When the dust has settled we’ll sit down and have a chat’.

"I’ve no idea what we do next – that’s down the line. He deserves to enjoy his retirement."

FIRST PUBLISHED 3:16PM, NOV 14 2016
There are no regrets and I can't thank Nicky and all those people who contributed to it enough