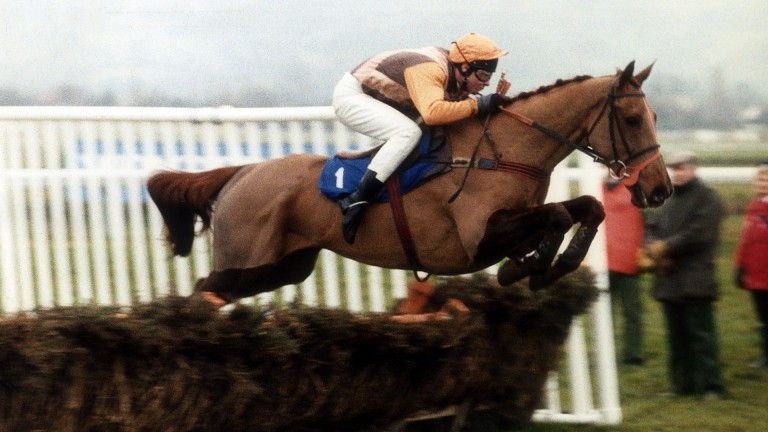 A Cornishman who was once a partner in the biggest Ford dealership in the south-west, Geake had horses initially with David Barons, Fred Winter and Trevor Hallett, and later with Beech Road's trainer Toby Balding, Philip Hobbs and his son Jonathan Geake.

His son said: "Dad had a lot of horses over the years and, although Beech Road was much the best, he also had a good one called Killwarren with Fred Winter in the 1970s, as well as horses like East Hill, Rocky Park and Foot Stick, on whom Venetia Williams won at Cheltenham's hunter chase fixture.

"He also had lots of show horses, including High Road, who was a champion.

"Beech Road started with Trevor Hallett, where I was assistant, and won a juvenile hurdle. Then he came with me to Toby's when I went there initially as an amateur."

Geake added: "Dad was very fit until he was diagnosed with stomach cancer in May and given six to 12 months to live. He fought long and hard but sadly that estimate was all too correct."

Beech Road's Champion Hurdle campaign was an afterthought following a brief flirtation with fences, which resulted in two falls from two tries.

The second of them was a crashing departure that many thought he might not survive when challenging Waterloo Boy at Cheltenham's final fence.

Despite a 20-length win in Fontwell's National Spirit Hurdle in the run-up to the 1989 Champion Hurdle, he started at 50-1 when beating Mole Board and Kribensis at Cheltenham.

Beech Road showed himself a worthy champion by winning the Aintree Hurdle next time and the Fighting Fifth two seasons later. He subsequently made a successful return to fences, adding seven more wins to his 11 over hurdles, all but the first of which were for Balding.

Geake, who died on Saturday, leaves wife Margaret, his son Jonathan, and daughters Jackie and Louise. He had eight grandchildren. Funeral details will follow in due course.

FIRST PUBLISHED 10:51AM, FEB 12 2017
Although Beech Road was much the best he also had a good one called Killwarren with Fred Winter in the 1970s