Latest AIMING FOR THE TOP 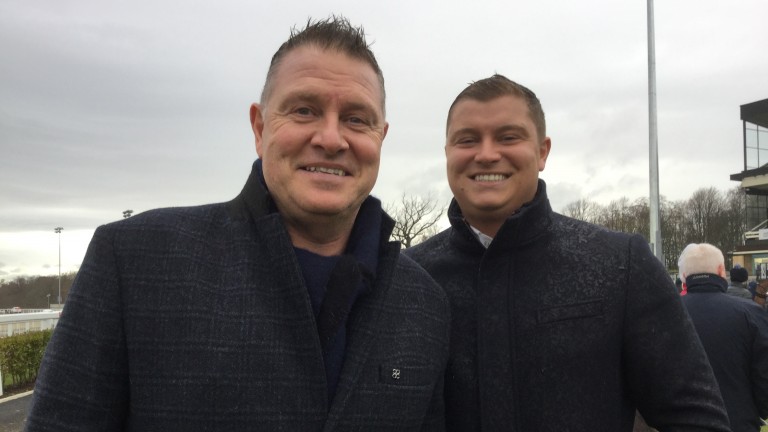 Darren Yates, who rocked the bloodstock world by paying a record price for a jumps horse last week, has revealed a two-year plan to break into racing's top division.

He also has his sights on the Flat, as it has emerged he forked out €700,000 for a potential Classic hope at the Arqana Breeze-Up Sale on May 11.

That came less than a fortnight before he paid £620,000 for Interconnected at Doncaster, the highest auction price ever for a jumps horse in training.

"I've had a go with a really well-bred two-year-old to give me a chance of going for a Classic and we've had a go with one real top-class jumps horse," said Yates, who has owned horses for around 20 years and is aiming to up the class of his string after selling his property business last year.

"I've given myself a two-year plan, we have the jumpers with Phil Kirby and an expensive two-year-old with David Simcock, and I'll be taking stock now, seeing what happens.

"Provided I get a certain level of success I'll be ready to go again. If I don't, if nothing happens with all of these, it may be that I don't have any more big purchases, we'll see."

Yates brushed off the social media comment that his huge outlay on Interconnected attracted.

"I'm not a social media fan but my kids point stuff out to me, people calling me an idiot and saying I'm throwing money about but let's see, the proof of the pudding will be in the eating," he said. "We need 12 months to see if these have been good purchases or not. But if you don't buy a ticket you can't win the raffle.

"I've been trying to buy a decent National Hunt horse for a while and the interesting thing about Interconnected is that the only reason he came for sale was because it was the dispersal of Grech and Parkin.

"You'd never normally have the chance to buy a horse like him, everyone knew what he was and all the right people wanted him."

Interconnected was second in a novice hurdle at Newbury on his only run for Nicky Henderson, having been bought for £220,000 after winning a point-to-point.

And Yates stressed: "We really believe he's a future Gold Cup horse. Everything about him screams top class. 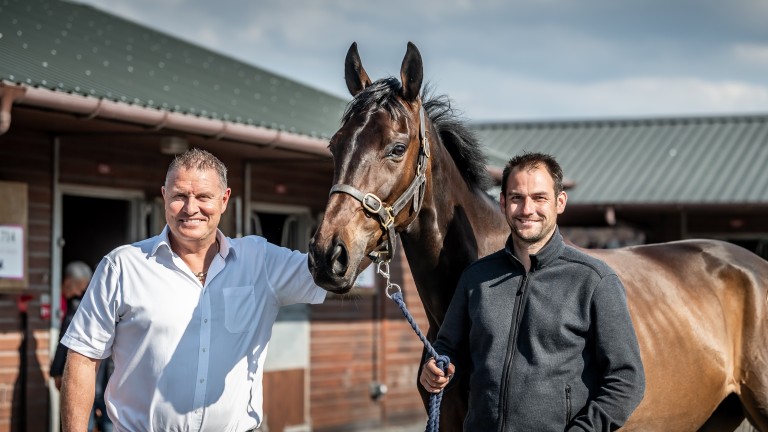 "He'll probably run towards the end of the year and we're hoping for really big things with him, the dream is for him to be a Guineas horse."

Yates has yet to see a concrete return on the money he paid for Blaklion and Don Poli, whose purchases in the build-up to the Grand National first brought him to wider public attention.

But he said: "Blaklion is now back on the walker and the vet's really happy with him. He'll be aimed at the National again.

"If Don Poli gets soft ground next season I'd be very hopeful of him winning a couple of nice races."

Yates, who won over £500,000 betting on Frankie Dettori's 'magnificent seven' in 1996, used to finance his string by landing occasional gambles but admitted that is no longer possible.

"I have one account with Paddy Power, that's about it now," he said. "Before I could afford this standard of horse, that used to be how I made it pay.

"And I used to be able to have a good bet on the rails but it's ridiculous now, you can go to a big meeting on the rails and try to have £500 each-way on something and you can get knocked back. It's pathetic but that's the way it goes."

FIRST PUBLISHED 5:24PM, MAY 26 2019
We need 12 months to see if these have been good purchases or not. But if you don't buy a ticket you can't win the raffle