Outlander and Sub Lieutenant to be aimed at prize 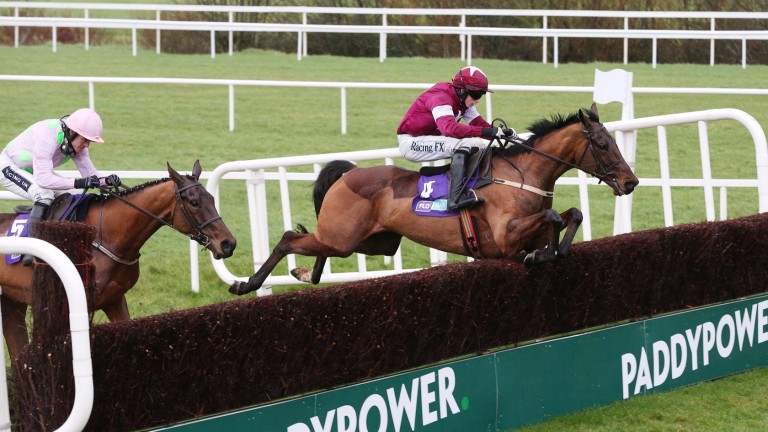 Gigginstown House Stud's Outlander and Sub Lieutenant are being aimed at the Grade 1 John Durkan Memorial Chase over two and a half miles at Punchestown a week on Sunday.

Outlander, who fell at the final fence with the Clonmel Oil Chase at his mercy two weeks ago, had previously finished second to Sub Lieutenant in the Grade 2 Titanic Belfast Chase at Down Royal early last month.

Gordon Elliott, trainer of Outlander, said yesterday: "We have options for Outlander but the John Durkan looks like being his next target. It was disappointing he fell at Clonmel but he came out of the race fine and is in good form."

Sub Lieutenant has won both his starts this season and his trainer Henry de Bromhead said: "The John Durkan is very much the plan for him. I've been very happy with him since Down Royal and while he has been placed in a Grade 1 over three miles, some of his best form is over two and a half miles.

"It will be a big step up for him from Down Royal but Outlander didn't look like he was going to do our form any harm when he fell at Clonmel, so it will be interesting to see how our horse progresses."