Long-serving Horse Racing Ireland chief executive Brian Kavanagh says he wants people “to feel welcome” at the Curragh following the news that he will take over at the helm of the country’s premier racecourse and its training grounds in November.

Kavanagh’s latest five-year contract at HRI concludes in September and he will begin his new role, a position for which he has long been touted, following the completion of a recruitment process that began in March.

In succeeding Pat Keogh, who was parachuted into the Curragh in 2019 when the tumultuous reign of Derek McGrath came to an abrupt end, Kavanagh will be returning to a position he previously held at the headquarters of Irish racing for five years up to 1999.

“It’s a place I love, a magical place,” Kavanagh told the Racing Post on Friday. “I’m delighted to be going back, and the work that has been done on the training grounds and the racecourse in recent years provides a wonderful platform to build on. I’ve always said, of all the jobs I’ve done, my time there was one of the most enjoyable.”

Following an €81.2 million redevelopment, the Curragh, which returned to profit in 2020, has been plagued with controversy. When the track reopened in 2019, the parade ring was found to be too small, while the public and many stakeholders were unimpressed by an Upstairs Downstairs vibe that saw significant sections of the grandstand closed off to the majority.

The Pat Smullen charity day on Irish Champions Weekend in 2019 helped to ease some of the tensions. However, the facility has been closed to the public since later that year due to the pandemic, and a piercing screeching noise that emanates from the grandstand roof has continued to haunt the track. 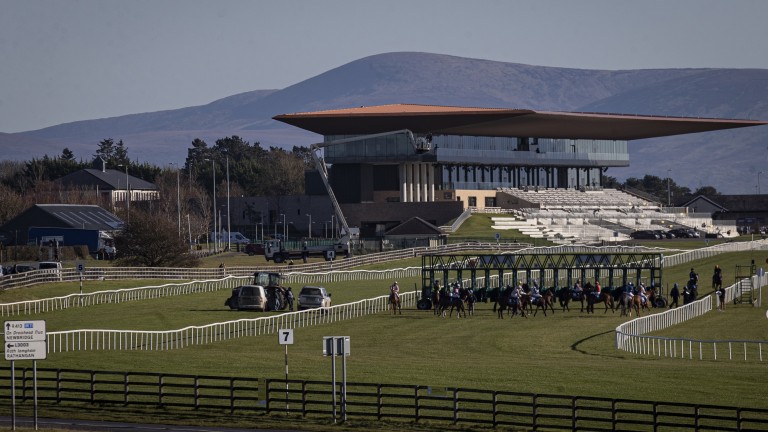 Kavanagh accepts there is still work to be done to win over disgruntled patrons, with €36m of public funding having gone into the revamp via HRI.

“I think it’s the public’s racecourse,” he said. “Pat has done a lot of work addressing these issues but he has been unlucky as well in that Covid stalled the momentum.

"The opportunity is there for us now to engage the public on that and that is the exciting part. I’ve lived on or around the Curragh for 25 years, so it’s a great source of pride, but it has to be a place that people enjoy, that they find friendly and are made to feel welcome.”

As Irish racing's senior official, Kavanagh has become recognised as one of the international industry's most qualified and competent administrators.

When his initial Curragh tenure ended, he spent two years as chief executive of the Turf Club – having been financial controller there for a five-year spell to 1994 – before then filling the same position at the newly formed HRI from 2001.

In serving three successive stints, the first two spanning 15 years, the Dublin native, who has been chairman of the European Pattern Committee for more than a decade, was the subject of significant negative press, given that guidelines recommend CEOs of semi-state bodies serve just one term.

Kavanagh is also on the board of directors at the Curragh, a position he will relinquish once he takes up his new position.

While HRI is a shareholder at the Curragh, the company is not majority-owned by the state. Asked about the perception of him going from one role at the head of a state body to another in a partially owned state entity, Kavanagh insisted there was nothing untoward about it.

"No, I don’t see it that way at all,” he said. “The Curragh is a company with a number of shareholders. I applied for a job and went through a process. I don’t see any issue there."

In making the announcement on Friday, Padraig McManus, chairman of the board at the Curragh Racecourse Limited, said: “The board are looking forward to welcoming Brian into his new role as CEO of the Curragh racecourse and training grounds, and look forward to Brian leading the Curragh as we prepare for racing in the post-Covid world and growing the world-class training ground facilities here at the Curragh together with the strong, committed team we have already in place.”

FIRST PUBLISHED 2:01PM, JUN 4 2021
It's the public's racecourse. Pat has done a lot of work addressing the issues but he has been unlucky in that Covid has stalled the momentum