Our experts seek out the value in the Manchester derby 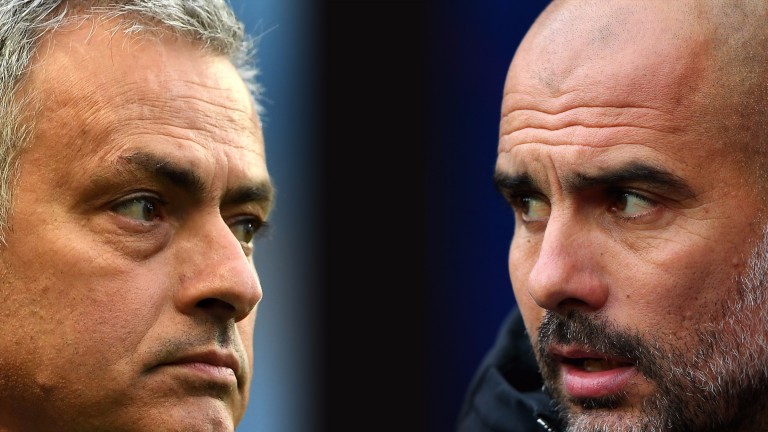 Bruce Millington, Mark Langdon, James Milton and Paddy Power's Jason Murphy with the best bets from the weekend football action as City host United in the Manchester derby, Liverpool look unstoppable at home to Fulham, and Arsenal face a tricky game against Wolves.

- Bruce has another Six Questions for the lads where no-one is impressed with Wayne Rooney's England farewell, Wojciech Szczsny's goalkeeping for Juventus or the big clubs' latest attempt at a European Super League.

- Cardiff v Brighton and Crystal Palace v Spurs are the TV games on Saturday and our resident first goalscorer judge Jason has some more suggestions to get stuck into.

- Manchester City vs Manchester United is the big Sunday game, and at current prices these are the longest odds the Red Devils have ever been in a Premier League game. Given they spoiled Pep's party last year, are City worth opposing?

- Plus we give best bets from every other Premier League game, have a look at some FA Cup First Round ties and if you're still not satisfied, we review the latest cinema releases...