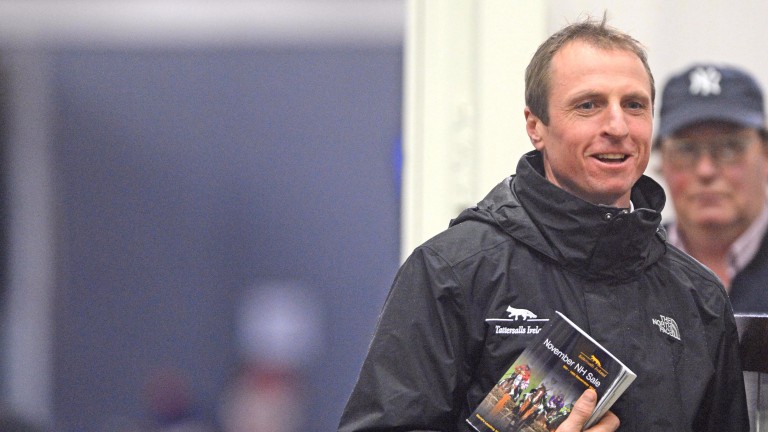 Jamie Codd: will get the backing of Gordon Elliott as he chases the amateur riders' championship and the pair teamed up at Tramore
1 of 1
By Brian Sheerin 4:54PM, JAN 29 2017

Eugene O’Sullivan has paid tribute to John O'Connor after the 20-year-old point-to-point jockey was tragically killed in a car accident on Saturday evening.

O'Connor, who was based with O'Sullivan, rode six winners last season.

O'Sullivan said: "At a time like this, there are no words good enough to sum up how we all feel. He came to me after he finished school and he was very tough and very hard. He would have done anything to please you.

“He was just a very nice fellow. We have all been left devastated by the news."

All jockeys at Leopardstown on Sunday were wearing black armbands as a mark of respect to O'Connor, including Jamie Codd, who paid tribute to the Cork native.

"He was a very nice young lad and everybody got on great with him,” he said.

"He would do anything for anyone and last year he spent two days in a tractor and worked through most of the night watering the track at Dromahane point-to-point just to make sure the ground was safe for racing. That's how nice a young chap he was and it's just a tragic loss to everyone."

The removal will take place this evening at 6.30pm to St James’ Church, Ballinora, with the funeral taking place on Tuesday at 11am to St James’ Cemetery.