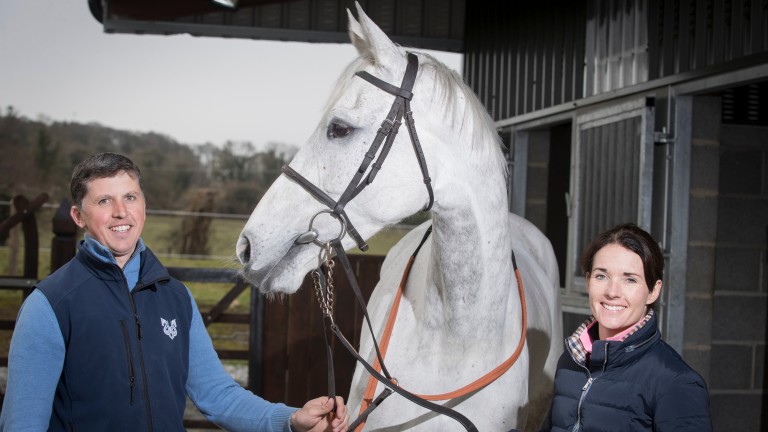 The history of Irish and British success at graded level over Auteuil's fearsome chase course is glorious but short.

To the names of Mandarin, Batman Senora and Halley can be added Baie Des Iles, who produced a stunning display of jumping and galloping to land a chasing prize second only to the Grand Steeple-Chase de Paris itself in terms of significance in the first half of the Auteuil calendar.

Baie Des Iles was having a first start since trainer Ross O'Sullivan's stable jockey and wife Katie Walsh hung up her riding boots.

Paul Townend was the lucky recipient of the pair's trust and the seven-year-old mare never skipped a beat in tackling the Riviere des Tribunes and the Juge de Paix (the big open ditch), holding off the late challenge of favourite Bipolaire.

"To win a race like this as a small stable only on the go a couple of years with 20 or 25 horses, it's absolutely massive," said O'Sullivan. "When it's your first run and your first winner it’s hard to judge but I’ve been here a couple of times with Katie and seen all Willie Mullins’ horses run and it is a very hard place to win."

Watch a replay of the 2018 Grand National

Baie Des Iles was the subject of a sustained gamble for this year's Grand National and ran well under Walsh until suffering interference at Foinavon on the second circuit and coming home in 12th. 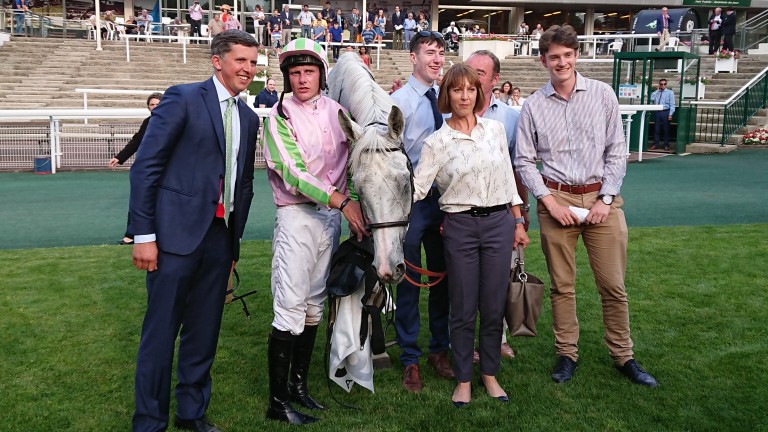 But having won around Auteuil as a three-year-old before being bought by Joffret Huet – an instrumental part in the plan to come back to France – it is clear that the challenge is one that suits Baie Des Iles.

"She loves the course and, as much as the National is the National, from what we’ve seen, that would have to be the plan.

"The great thing is that we get no pressure from [owner] Zorka Wentworth, who has been a great supporter since we started out."

Nobody should mistake this for anything other than a well-executed plan.

"She had her vaccinations for France back in December with the thought that, if the National went okay, we could come on here," said O'Sullivan.

"And she hasn't had a hard year. She'd run only four times all season before today and, a bit like Willie's horses, when they don't get a hard season they're able to go to France. But I can't believe it."

Walsh has known some great days at Auteuil aboard another dashing grey, winning the 2014 Prix La Barka on Thousand Stars. 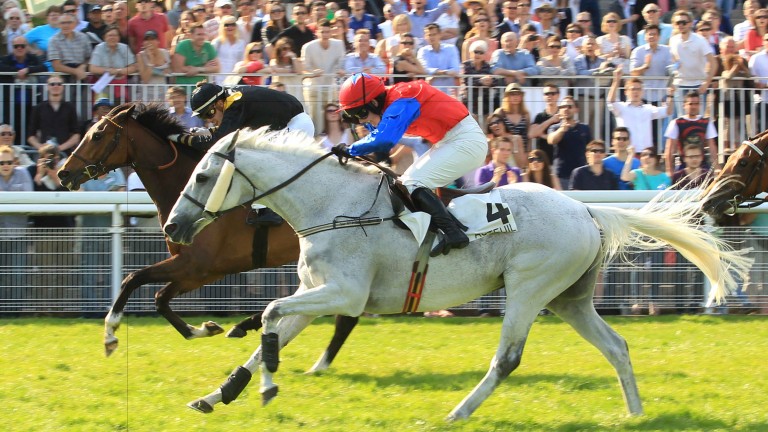 Now forced to watch from the stands, she was quick to grasp the magnitude of the victory, ranking it up there with the ultimate day in the family's racing history when father Ted and brother Ruby conquered Aintree.

"This is just unbelievable," she said. "I got as big a kick out of that as watching Papillon win the National.

"I’ve been coming here for years and been lucky enough to win the Prix La Barka and ridden in a couple of French Champion Hurdles and over the big fences.

"I would have loved to have ridden her but during the race there was no part of me that was thinking that. I’m just over the moon for the mare, for Ross, for Zorka and Charles [Wentworth]. And it’s great for Paul to be on board. I’m on cloud nine."

Three great chasing triumphs for the raiders at Auteuil

The 1962 Cheltenham Gold Cup winner became one of only two horses to win the ultimate prize at both Cheltenham and Auteuil (The Fellow also completed the double), despite the fact that the bit broke after just four fences, leaving Fred Winter with almost no steering.

Halley, 2011 Prix Maurice Gillois (G1)
Tom George gained plenty of success in France but the biggest day of all came when landing France's most important four-year-old chase with Halley, who just eight days earlier had finished runner-up over course and distance on his first start for George.

Read the latest from the global racing scene at racingpost.com/news/international

FIRST PUBLISHED 9:38PM, JUN 9 2018
This is just unbelievable. I got as big a kick out of that as watching Papillon win the National