O'Shea to benefit as Godolphin step up Australian interest 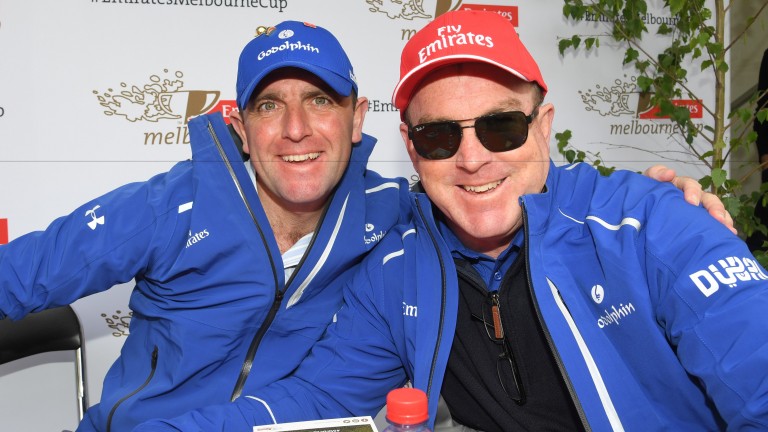 On the back of a highly-successful Melbourne Spring Carnival Godolphin have increased their interest in Australia by sending eight horses from Europe to be trained by John O'Shea.

Victories for Qewy and Oceanographer in the prestigious Geelong Cup and Lexus Stakes - and a second for Scottish - in the Caulfield Cup seem to have ignited Godolphin's desire to succeed in 'the race that stops a nation'.

O'Shea, who has expertly trained Hartnell to win two Group 1s in Australia, will benefit from the addition of new recruits from the yards of Mark Johnston and Andre Fabre as Godolphin step up their pursuit of a first Melbourne Cup win.

New Caledonia, winner of a £100,000 Ascot handicap in September, and Ode To Evening will leave Johnston's stable, while Fabre will lose Ancient History, Beijing, Big Blue, Interlocuter, Spectrospcope and Floodlight, who finished runner-up to champion three-year-old Almanzor in a Group 3 and contested the French Derby.

O'Shea told Racing.com: "A lot of research has gone into these horses by (Godolphin chief executive) John Ferguson and the team and I think it's a real vote in confidence in Australian racing that the boss has seen fit to send these horses out.

"They appear to be a talented bunch and I really look forward to preparing them for races over The Championships."

The Championships, featuring the Group 1 Queen Elizabeth Stakes, take place at Randwick in Sydney in April.