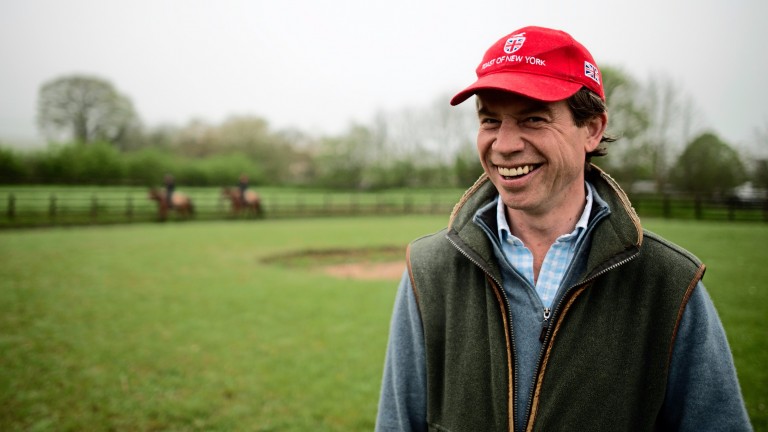 Jamie Osborne launched a stinging attack on the jockeys riding at Deauville on Saturday after he was among a number of British and Irish trainers left high and dry after officials abandoned the meeting after just two races.

A deputation of jockeys described the icy conditions as rendering visibility hazardous and the rest of the card, which included a pair of Listed races, was called off.

Osborne, who was due to run Hathal in the Listed Luthier Stakes, was left fuming at the decision, and said: "It's a complete and utter overreaction. They are on a good surface, they've got goggles.

"I don't want to sound like an old fart, but when you go out in a novice chase in mud and freezing cold, you take five pairs of goggles and you're jumping fences with partial vision. You get used to it."

He added: "What is really sad is that they have got the power to get the meeting abandoned like this."

Responding on Twitter to Osborne's criticism of the jockeys, Christophe Soumillon said: "Sorry Jamie, there is a misunderstanding, I didn’t stop riding! I don’t have any problem with the cold weather!

"I’m riding in Lyon tonight five times and I will ride tomorrow morning in Deauville at ten in the morning after a six-and-a-half hour drive, so have a little bit of respect for us!"

France Galop's plan is to run the remaining seven races on Sunday morning, with the first due off at 9.50am local time.

Senior steward Gerald Hovelacque told Equidia: "The jockeys have told us that the conditions are particularly challenging following the first two races.

"The wind is glacial and the rain is turning to ice on their goggles. Therefore the conditions are not safe to continue with the meeting."

Aidan O'Brien was due to saddle Could It Be Love and Snowflakes in the Luthier Stakes. The pair would have been the trainer's first runners on Deauville's Polytrack.

Nicola Currie will stay out in France for the ride on Hathal, while Hovelacque said a key decision in trying to run the rest of the meeting on Sunday was the large number of British and Irish-trained runners spread across the two Listed races.

Richard Spencer and Archie Watson were also due to have runners in the Luthier, while Hugo Palmer and Ralph Beckett were represented in the Listed Prix des Sablonettes for two-year-olds.

Osborne added: "As long as they put it on tomorrow morning I won't be angry, but if we have to come home without running, there is nothing anywhere for this horse for a month."

FIRST PUBLISHED 2:46PM, DEC 15 2018
It's a complete and utter overreaction. They are on a good surface, they've got goggles