Osborne bidding to light up Laytown with seven-strong team 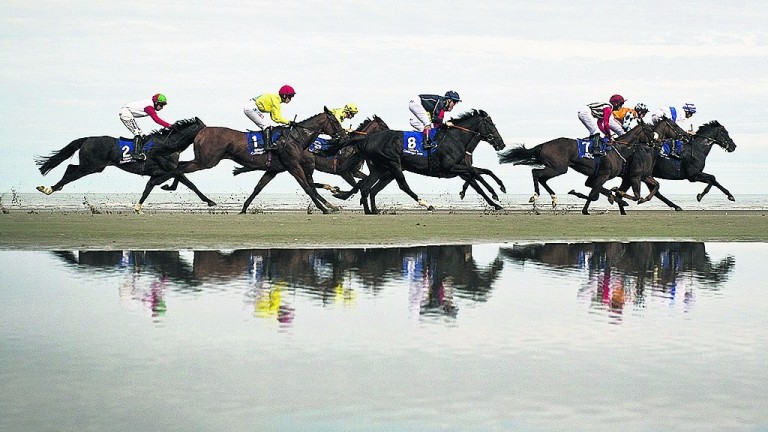 Racing returns to Laytown on Tuesday, with a six-race card at the seaside venue
Patrick McCann
1 of 1
By Mark Boylan 6:34PM, SEP 5 2017

Racegoers at Laytown's unique annual seaside fixture have seen plenty of interesting sights, including only last year the horse who was to win the Supreme Novices' Hurdle refusing to race.

Labaik's antics are fresh in the memory, but the appearance of Bo Derek recreating her famous seaside scene from the film '10' would have topped that – and all other Laytown memories combined – with the actress and model from Long Beach, California, reported to have been "desperate" to visit this year.

However, those attending on Tuesday will be denied any such scenes as she has been barred from attending by Lambourn trainer Jamie Osborne, with whom she is an owner, due to his visit being a "lads-only trip".

Instead it's a different 10 at Laytown, the 'Melbourne 10 Racing' partnership, who are represented by eight runners on the six-race card, seven of which are trained by Osborne.

The trainer said on Monday: "My team of owners have got a very short attention span. If they don't have a runner every half an hour they have a habit of wandering off in different directions. I have to keep them amused.

"We're arriving a day early just to make sure we acclimatise and it's possible that we'll go for a swim upon arrival, so I'll pack my trunks – anything's possible with this lot headed by Ian Barratt."

It's not the group's first time on the County Meath beach, having challenged with a team last year, a challenge that resulted in two second-place finishers and a third prior to a winner in the finale.

Osborne added: "We cobbled last year together at the last minute but this time around we've had the meeting on our agenda for some time. Piecing together a team has been taking place for a while and I'm happy with the horses we've got running.

"Some of them are 'home-prepared', while others have been bought specifically for these races." 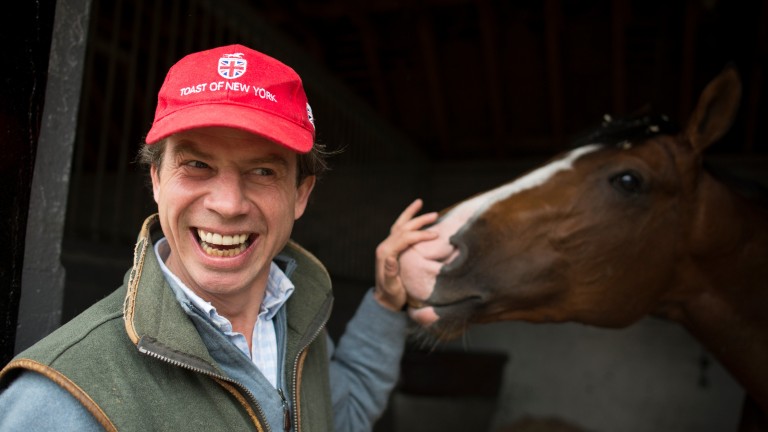 Osborne and the Melbourne 10 had a foreign trip cut short in St Moritz earlier this year when Boomerang Bob suffered a fatal injury in a fall which left jockey George Baker with bad injuries. "It was a horrible incident and it's taken a little while for the team to get back in the saddle," said Osborne.

With the Laytown beach in sight and a host of strong chances on the book, Osborne is hopeful this raid can prove successful.

"I've seven runners for the owners and they've leased 'Sneezy' Foster's Duckanddive in the second race," he said. "I don't know what par would be – any day with a winner is a good day and we shouldn't be greedy – but I'd honestly be disappointed if we came away with only one.

"There's no good thing or standout but they've all got obvious chances. We've got to factor in the unusual nature of the track leading to one or two under-performing – hence we want to have seven shots at it."

Having claimed the qualified riders' race with Kate Harrington in 2016, Osborne continues the partnership with the amateur rider in this year's race with Monteverdi.

"If he gets close to reaching any of last year's form, he ought to be tough to beat," said Osborne. "His runs this year have been very disappointing, but we're hopeful we've got him back in something like the form he needs to be in."

FIRST PUBLISHED 6:00PM, SEP 4 2017
My team of owners have got a very short attention span. If they don't have a runner every half an hour they have a habit of wandering off