O'Ryan to be honoured at racing's answer to the Oscars 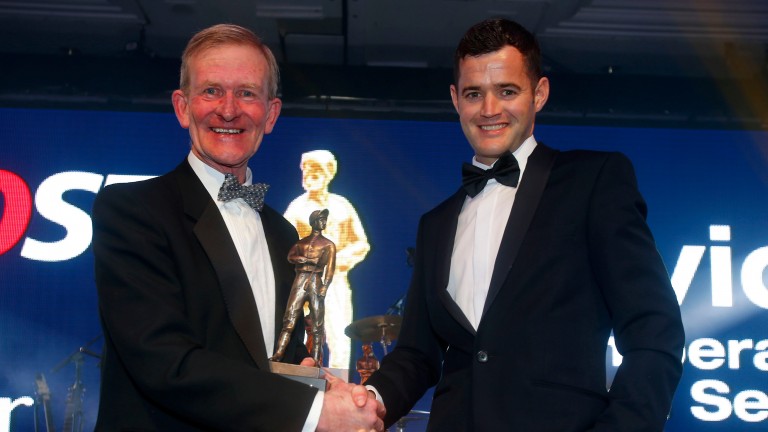 The 26th staging of the annual Stobart Lesters takes place at the Ricoh Arena in Coventry on Thursday evening when Richard Johnson could cap a stellar year by winning the coveted jump jockey of the Year award for the first time.

The champion jockey's Flat counterpart, Jim Crowley, is also among the nominees for the Stobart Flat jockey of the year award, in which he will face stiff opposition from Ryan Moore.

Although not in the field for the latter, Frankie Dettori is in the mix for the Racing Post Flat ride of the year and the Flat jockey special recognition award, in which the late Tom O'Ryan is among the other nominees.

O'Ryan, a former jockey and Racing Post journalist, was a regular at the Lesters over the years and is also in the running for the jump jockey special recognition award along with Johnson, Jason Maguire and Andrew Thornton.

Ryan Hatch, who is currently sidelined with multiple injuries which he sustained in a fall at Cheltenham this month, is in the running for both the At The Races jump ride of the year and the conditional jockey of the year award.

The awards, dubbed the racing equivalent of the Oscars, will be hosted by Luke Harvey and Oli Bell.

Paul Struthers, chief executive of the PJA, said: "It is an achievement in itself to be nominated and we warmly congratulate all of those jockeys who have been shortlisted. It is also poignant that Tom O'Ryan has been nominated for the special recognition award by jockeys of both codes, which is testament to the regard in which he was held."

FIRST PUBLISHED 2:59PM, DEC 21 2016
It is also poignant that Tom O'Ryan has been nominated for the special recognition award by jockeys of both codes, which is testament to the regard in which he was held

'This place needs crowds' - Chester hopeful racegoers will be back on May 29 Vintage Frankie Dettori ride sees Falcon Eight swoop late in Chester Cup 'Racing faces a very difficult time - I'm probably giving Thady a hospital pass' It's not High Definition but Lingfield trials could still unearth an Epsom star Exciting Adayar could be the next Derby contender to boost a resurgent trial One trainer, one jockey, one horse and one race to follow on Saturday