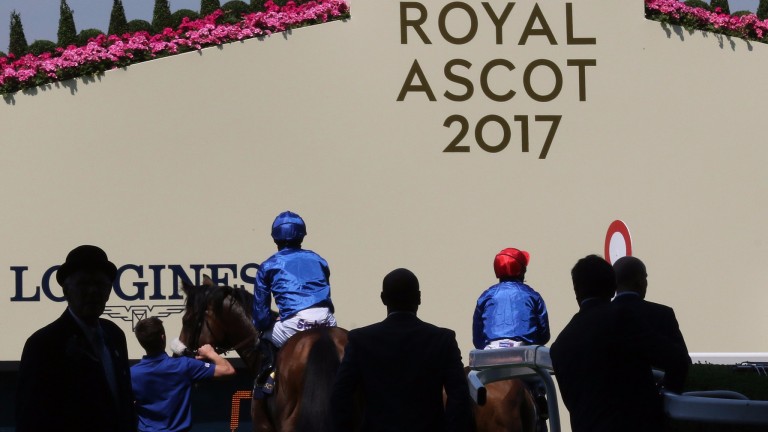 Better than Channel 4 but a long way shy of the BBC was the opening day outcome in the Royal Ascot ratings race now being run by ITV.

A major factor in the decision to move the sport's mainstream rights from Channel 4 was the desire to significantly boost royal meeting audiences following the axing of BBC television.

ITV's first Royal Ascot afternoon broadcast partially succeeded in that regard, with the day one average of 719,000 viewers well up on Channel 4's 588,000 on the same day last year and superior to any figure Channel 4 achieved on the opening day during its four-year tenure.

ITV's peak Tuesday rating was 908,000, attained in the final 15 minutes of a programme that ran from 1.30pm to 6pm and encompassed all six races.

The Chase quiz show, which generally airs in the one-hour slot between 5pm and 6pm, tends to peak at between three and four million viewers.

The Opening Show, which is being shown at 10am on ITV4 until Friday, delivered an average audience of only 31,000.

'She has everything you need to win an Arc and is a generous price' Crowds down but enough people to fulfil Ascot's role in government's ERP test 'I didn't say that. He's wrong' - Dettori counters Murphy best-horse claim Stewards' tight call splits opinion, but ultimately the right decision was made A day when two big decisions had to be made - officials at Ascot got both right Time to hail the year of the veteran as experienced riders stay the course again
Bookmaker
Price
E.W. Terms
bet365
Open Account
Ladbrokes
Open Account
William Hill
Open Account
Coral
Open Account
Paddy Power
Open Account
Betfair
Open Account
Sky Bet
Open Account
Sporting
BetVictor
Boylesport
888sport