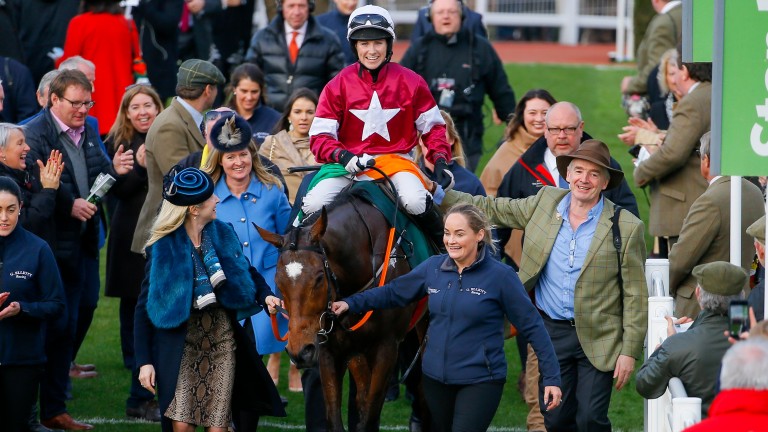 It is hard to top the record-breaking weekend fare but there is enough decent action in Britain and Ireland to lift the Monday morning blues.

We may be in the twilight of the Flat turf campaign but the jumps is picking up and it is in Ireland where the best quality racing is staged as Tiger Roll, winner of the National Hunt Chase at the Cheltenham Festival, begins his season.

He clashes again with A Genie In Abottle who went off favourite for the National Hunt Chase, finishing fifth, for the Listed M W Hickey Memorial Chase at Wexford.

Leicester hosts the pick of the Flat offering with the Sir Gordon Richards Handicap featuring this year's Betfred Mile winner Master The World.

Leicester - 12.15
Good to soft (GoingStick 6.7 at 6.30am on Monday). There is a false rail from the top of the hill on the back straight all the way to the winning line,this has increased all the distances on the round course by approx 9yds.

Galway - 1.10
Heavy on the chase course and soft to heavy over hurdles.

James Hill has found a live runner at Leicester in the 10 second tip while Richard Birch has cast his expert eye through the fields and found plenty to recommend.

We are into Breeders' Cup week so not surprisingly there is plenty of news including Frankie Dettori's booking for Ulysses.

It was a good news day over jumps yesterday when popular grey Smad Place turned back the clock to land the Old Roan Chase, a performance witnessed by Andrew Dietz.

The Champions League resumes this week so Bruce Millington and team assess the key football action taking place in the first half of the week.

Before the Champions League fixtures there is one more Premier League match, Burnley v Newcastle, for Dan Childs to run the rule over.

The fields and draw for the Breeders' Cup will be finalised today for the races on Friday and Saturday ensuring a full week's build-up. A similar early declaration would help raise the profile of the Derby and Grand National and is long overdue.