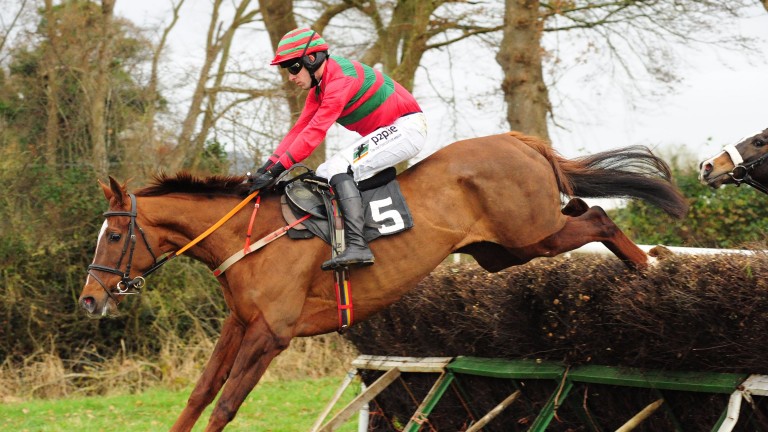 Barry O'Neill has described fending off the late surge of Jamie Codd to be crowned champion point-to-point rider for the first time at Ballingarry on Monday evening as "an absolutely unbelievable feeling that might never be matched".

Codd and Derek O'Connor had shared the previous 13 titles between them but the Wexford native ended the dominance of that duo with 66 winners for the campaign.

O'Neill, 28, went into the final day of the season at Ballingarry with a three-winner lead over Codd, but the defending champion helped himself to a double with wins on Malpensa and Screaming Colours, meaning it all boiled down to the final contest.

Codd was unable to complete the comeback, though, as his mount Fivecardstud was pulled up before the final fence, with O'Neill taking third on Lord Getaway. The title had a new home.

"It's just the most unbelievable feeling to have done it and it's a feeling that might never be matched," O'Neill said.

"I've had massive support from Colin Bowe and David Christie and I simply couldn't have done it without them. I struck up a really good relationship with Maple Mons and that was a big help.

"Derek [O'Connor] got injured early on and, when Jamie [Codd] said that he was going to concentrate on trying to win the amateur title on the track, I knew I had a proper chance of holding on.

"I managed to keep ticking off a few winners most weeks and the couple of trebles and four-timers I had were huge. I'm absolutely thrilled."

O'Neill was understandably nervous heading into his final ride of the season with Codd within touching distance.

"I was obviously keeping a close eye on Jamie but I knew he was in trouble from a fair way out and I finished third so it was a great feeling coming back knowing I had done it," he continued.

"It has been a terrific season and I owe a lot of gratitude to an awful lot of people. I feel very lucky."

O'Neill's first point-to-point winner came at Horse and Jockey in 2006 on Viking Rebel and his season tally of 66 brought his career winners in point-to-points to 422.

A dual novice champion in 2009 and 2010, O'Neill was also champion Easter rider this season with 28 winners to his name on that circuit.

FIRST PUBLISHED 7:21PM, JUN 5 2017
It's just the most unbelievable feeling to have done it and it's a feeling that might never be matched