O'Neill: no reason why Board can't be competitive 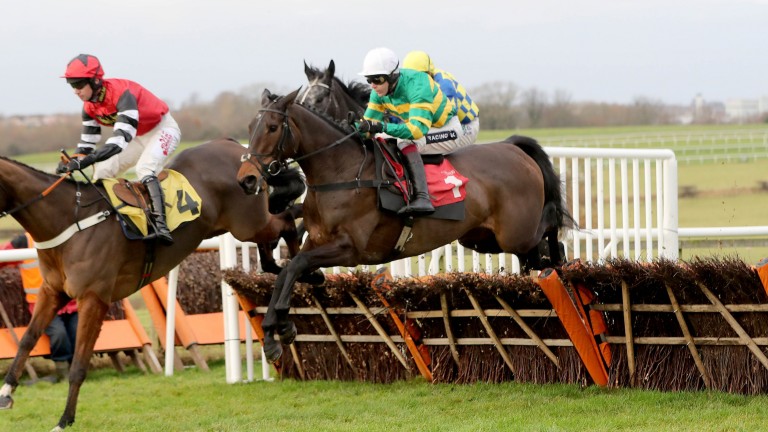 Jonjo O'Neill featured in an interesting documentary on the first day of ITV Racing last weekend and is out to put on another show with Above Board in the last of three races here on ITV4.

The Jackdaws Castle team have yet to get off the mark for 2017 but must have a big shout with this recent Carlisle winner who may well continue on the ascendancy.

Taking on the JP McManus big guns is Roger Teal, who is better known for his Flat exploits but runs the in-form Agincourt Reef, who is on a hat-trick following wins at Ludlow and Wetherby.

Martin Smith, trainer of Ossie's Dancer, is having his first runner at the track. The Newmarket trainer is not unfamiliar with the circuit, however, as he has ridden there over hurdles.

Colin Tizzard, trainer of Wizards Bridge
He's lost his way a bit over fences, which is why he's back over hurdles, and he's the sort of horse you could mix it up with. If he recaptures his best form he'd have a chance.

Neil Mulholland, trainer of Hadfield
He ran well up to a point last time but just blundered the second-last flight. Hopefully he can be competitive off his mark.

Jonjo O'Neill, trainer of Above Board
He was bought to make a chaser really so anything he does over hurdles is a bonus. He won nicely at Carlisle but the second has been beaten since so it's hard to know how good the form is. He's in good form and there's no reason why he can't be competitive off his mark.

Emma Lavelle, trainer of Fortunate George
He ran well at Ascot last time in a falsely-run race, which didn't really suit him. He's run well at Wincanton on his previous visits, although he wouldn't want the ground too soft.

Martin Smith, trainer of Ossie's Dancer
We took him to Fakenham the other day but pulled him out when the heavens opened, so we hope the ground stays as it is. He's in cracking form and we hope he can be in the mix.

Roger Teal, trainer of Agincourt Reef
He's enjoying his racing and has gone up 17lb since we had him, which might anchor him this time around.

Tom George, trainer of KK Lexion
He likes going left-handed but there aren't many options for him just now so we're taking a chance going the other way around.

Philip Hobbs, trainer of Bradford Bridge
He's run two nice races over shorter than this and now has a mark. He should be suited by the longer trip and won't mind the ground.

Sue Gardner, trainer of Trans Express
He's a nice little horse who's on the upgrade and has a low weight. We hope he can be competitive again.

FIRST PUBLISHED 6:00PM, JAN 6 2017
He was bought to make a chaser really so anything he does over hurdles in a bonus