One Wertheimer hides another as Plumatic eclipses Polydream in Muguet 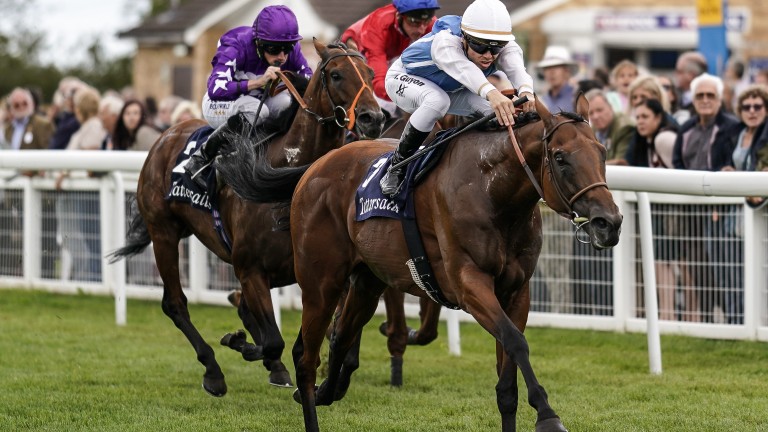 The famous blue and white silks of Alain and Gerard Wertheimer may have been expected back in the Saint-Cloud winner's enclosure but it was the less fancied of the owners' pair, the Andre Fabre-trained Plumatic, that stole the show under a well-timed effort from Vincent Cheminaud. 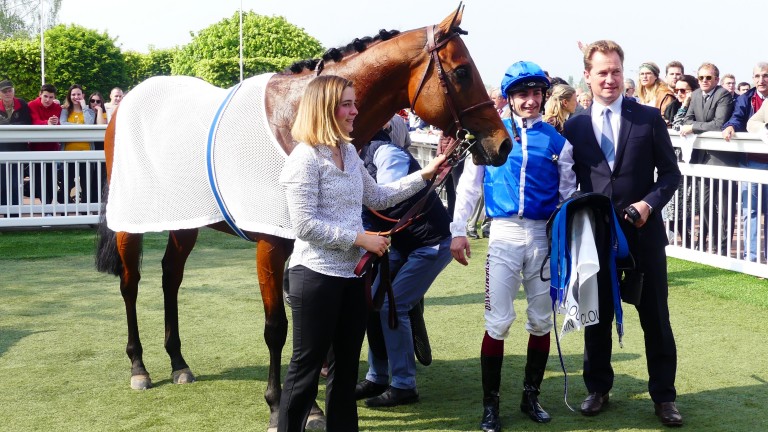 Plumatic produced a fine turn of foot under Vincent Cheminaud to run down Olmedo and Mer Et Nuages for victory in the Group 2 Prix du Muguet at Saint-Cloud on Wednesday
Racing Post / Scott Burton
Polydream, brilliant winner of last season's Prix Maurice de Gheest, was unable to get to the leaders under Maxime Guyon, while Plumatic – a winner of Salisbury's Sovereign Stakes last summer – powered down the outside to outpoint Olmedo and Mer Et Nuages, the front three pulling clear.

"He showed the same acceleration he did last year and we've always thought a lot of him," said Pierre-Yves Bureau, racing manager to the Wertheimers.

"The Prix d'Ispahan is an option. He isn't in the Queen Anne but there are lots of races for him and the main thing is he's becoming the horse we hoped he'd be."

Asked for his reaction to the performance of Polydream, who came out worst of the three-way fight for fourth, Bureau added: "First reaction is that it could have been the trip, but we'll see how she comes out of the race as she was conceding weight and hadn’t run for a long time."

Jean-Claude Rouget believes there is more to come from Olmedo, who was having his second run back after a long injury absence.

The trainer said: "He pulled again – though not as fiercely as the first time back – and ultimately that cost him, but I think he's going the right way. I think he'll continue to improve with racing."

The Jean-Claude Rouget-trained Cartiem pulled out plenty late on to catch longtime leader Phoceene under a determined drive from Cristian Demuro to land the Group 3 Prix Penelope. 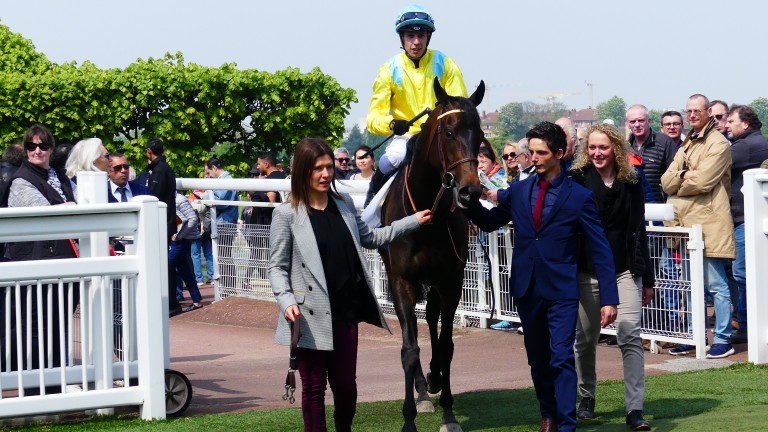 In doing so the daughter of Cape Cross earned herself a crack at the Prix de Diane Longines at Chantilly on June 16.

"She showed she has that turn of foot associated with the good ones the other day but it was never going to be easy in a four-horse race, and at 400 metres [two furlongs] from home I thought she had no chance," said Rouget.

"But she was well on top in the final 50 metres and I think there will be more to come in a strongly-run race.

"They have pushed the date of the Penelope back a little this year and six weeks is the ideal break between now and the Diane for a light-framed filly like her."

In contrast with the Penelope, the colts trial Prix Greffulhe has been brought forward a week and it remains to be seen if it will produce another Pour Moi or Study Of Man, both of whom made their last stop here before going on to Classic glory. 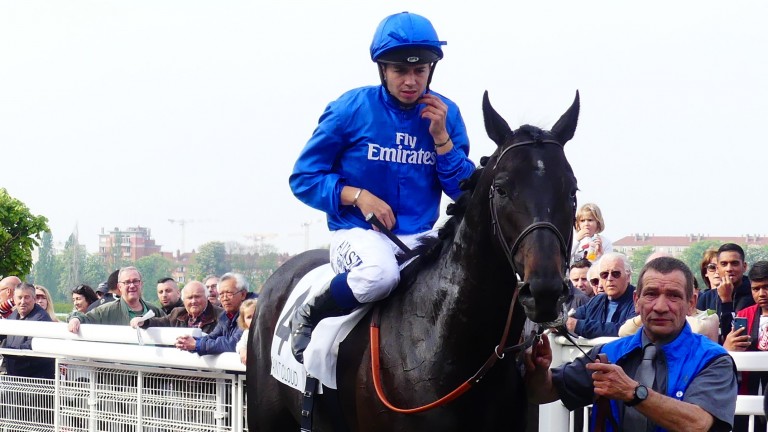 That shouldn't detract from the performance of Godolphin's Roman Candle, who showed good progress from his reappearance third in the Prix La Force behind Shaman and Rockemperor.

Here he showed a fine attitude to deny Pappalino and complete a Group 2 double on the day for trainer Andre Fabre.

"He ran well on his comeback and I still don't think we've seen the best of him, I hope there is more to come," said Godolphin's Lisa-Jane Graffard.

"We'll need to see him up against better horses but he is a horse with a lot of heart and Mickael [Barzalona] was impressed with his attitude."

FIRST PUBLISHED 7:49PM, MAY 1 2019
He isn't it in the Queen Anne but there are lots of races for him and the main thing is that he is becoming the horse we hoped he would