Breeders' Cup GET YOUR EYE IN

One trainer, one jockey, one horse and one race to follow at Del Mar on Friday 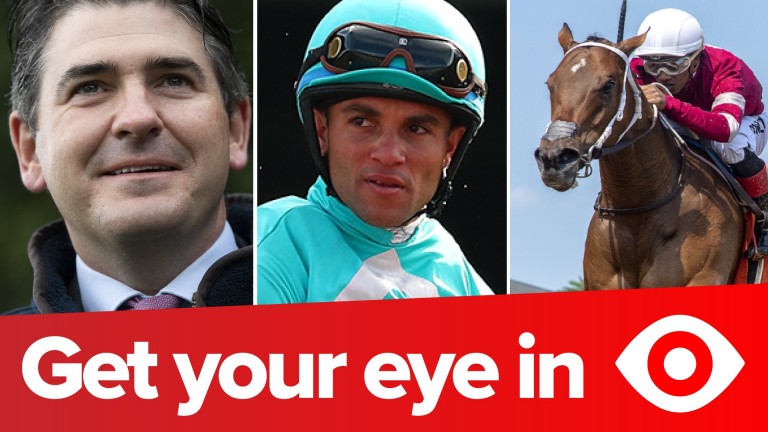 Hugo Palmer has four representatives at this year's Breeders' Cup, with two of them running on Friday evening.

The trainer teams up with Oisin Murphy for Hierarchy's bid in the Breeders' Cup Juvenile Turf Sprint (9.50). The colt was a head second in the Group 2 Mill Reef Stakes when last sighted on a British racecourse.

He showed promising early speed over six furlongs then, so the drop back to five shouldn't be an issue if getting a good position from stall five.

He then has Dewhurst second Dubawi Legend in the Breeders' Cup Juvenile Turf (12.30). The colt was fast from the gates at Newmarket, only fading late, and should be suited by this test. 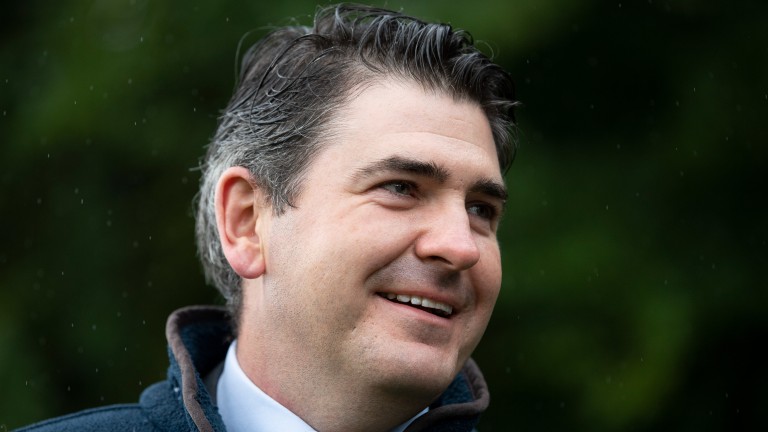 He has stall 14 to negotiate, though, so James Doyle will have to be at his best to get the tactics right.

Joel Rosario has a strong book of rides on Friday and he has a chance of striking early on Derrynane in the Juvenile Turf Sprint (9.50).

He then teams up with Christophe Clement in the Juvenile Turf (12.30) with Slipstream, who has work to do with the protagonists but won the Grade 3 Futurity Stakes at Belmont last time and has the potential to do even better.

From the first crop of 2017 Classic winner Gun Runner, Echo Zulu will bid to emulate her sire in becoming a Breeders' Cup winner for trainer Steve Asmussen.

She is a perfect three from three after bolting up in a pair of Grade 1 races after her debut success, most recently in the Frizette at Belmont.

For European viewers in particular, the Juvenile Turf (12.30) will be the race they cannot afford to miss and won't mind staying up late for.

Charlie Appleby won the race in 2018 with Line Of Duty and will hope Modern Games can follow in that horse's footsteps after winning the Tattersalls Stakes at Newmarket last time. The Newmarket trainer also runs Grade 1 Summer Stakes winner Albahr. 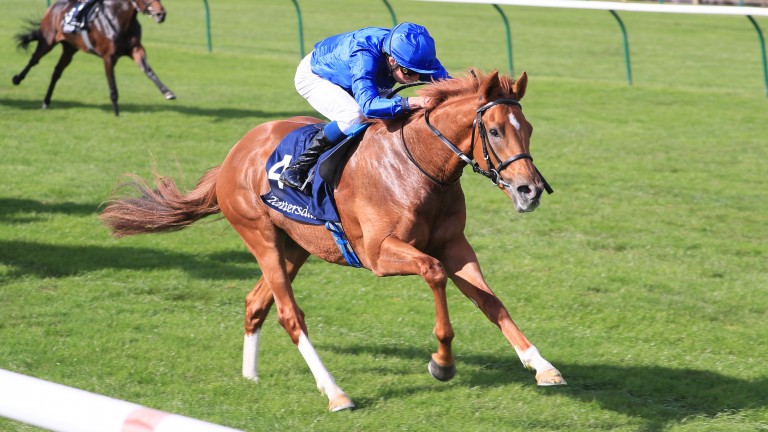 Modern Games: can he be another Breeders' Cup winner for Charlie Appleby?
Mark Cranham (racingpost.com/photos)

Group 3 Killavullan Stakes winner Glounthaune represents Aidan O'Brien and owner Evie Stockwell, who won the race in 2015 with Hit It A Bomb.

The latter is the sire of Tiz The Bomb, who runs in the colours of Phoenix Thoroughbreds.

Read more on day one of the Breeders' Cup:

FIRST PUBLISHED 9:30AM, NOV 5 2021
Echo Zulu will bid to emulate her sire in becoming a Breeders' Cup winner for trainer Steve Asmussen