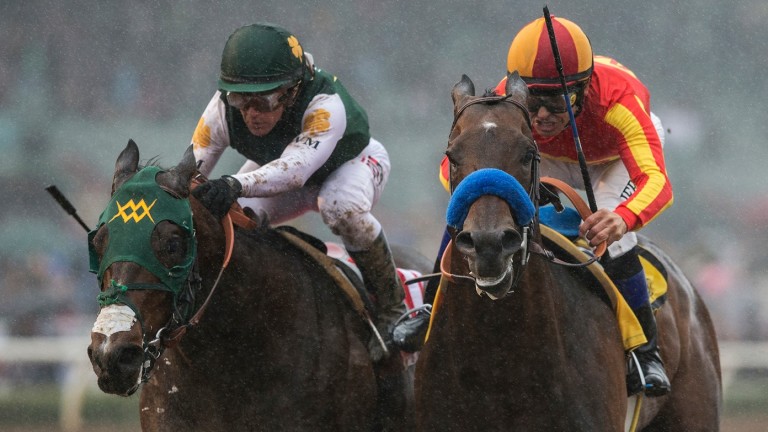 He was supposed to be the one, the latest charged with taking up the mantle of becoming the next big thing out of a barn that routinely cranks out the most superior members of their generation.

Early in the year – before stablemate Justify made his debut – McKinzie was the name Hall of Famer Bob Baffert would lead his effusions with when talking about his contenders for the 2018 Triple Crown series. 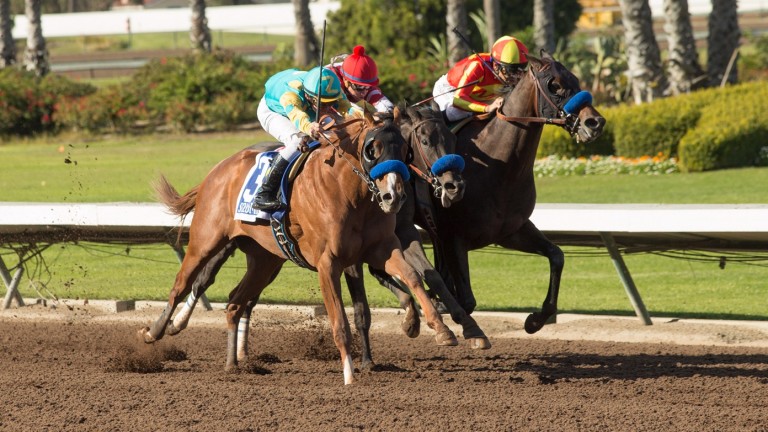 With a Grade 1 win already to his credit and a lone defeat in which he crossed the wire first, the son of Street Sense was proving worthy of shouldering the expectations out of the most scrutinised stable on the road to the Kentucky Derby.

Those best-laid plans fell apart, however, as a hind leg injury discovered in late March knocked the colt out of the Triple Crown races.

Justify ended up becoming the 13th horse to sweep the American Classics, leaving the colt initially tagged as Baffert's top three-year-old with a monster task of working his way out of the shadows.

"He was my Derby horse," Baffert said of McKinzie. "And then he fumbled the ball, and Justify picked it up and ran it all the way in. He had a good back-up."

While not a full-circle journey just yet, circumstances are in place to put McKinzie back atop the Baffert hierarchy with Justify now enjoying retirement. The one-time divisional standout will take his first step toward reminding pundits why he was so well regarded when he faces nine challengers in the $1 million Grade 1 Pennsylvania Derby at Parx on Saturday.

Last time McKinzie was in a race, it was a bittersweet outing that nonetheless proved Baffert had a special one on his hands. In his second start of 2018, the colt got his head down over multiple Grade 1 winner Bolt D'Oro following a stirring duel in the Grade 2 San Felipe Stakes at Santa Anita, but he was disqualified to second when those two made contact in the lane.

"He's always had a lot of quality, but I think that time off really helped him," Baffert said. "He didn't have to run against Justify, so that was a big plus. He's grown up a little bit and the athleticism is there. He's going to be up against it having not running in a long time, but what he has going for him is he is a very good horse. The quality is there.

"The thing about him is he's a gutsy horse. He digs deep, he fights. If it comes down to two horses, he wins those photos."

After a two-month break, Monomoy Girl will begin her push to the Grade 1 Longines Breeders' Cup Distaff in the $1 million Cotillion Stakes.

While Monomoy Girl is going for her fifth consecutive Grade 1 win at a fifth different track, trainer Brad Cox said she is especially comfortable at Churchill Downs, where she's been preparing for Saturday's race.

Feeling at home in Louisville, the chestnut filly's looks are just as brilliant as her recent work pattern. 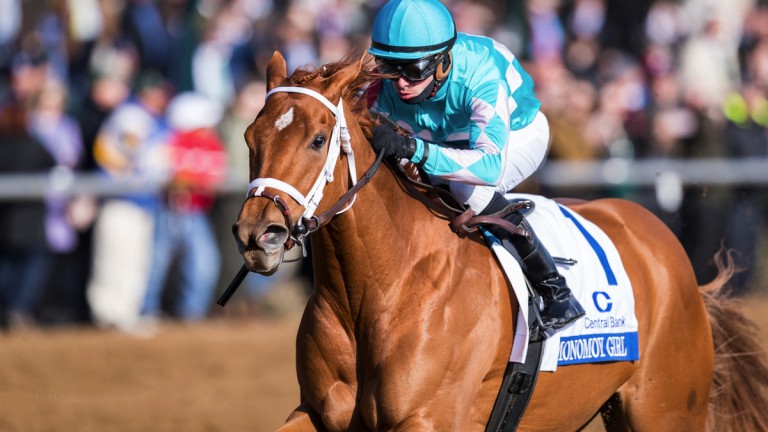 "I think she's ready to run; she acts like it," Cox said. "She looks fantastic. The colour of her coat is great, her weight's great.

"As far as the calendar goes and the way the races fell for the three-year-old fillies, I just felt it made sense to skip the Alabama and the distance and it set us up well for this race and hopefully on to the Breeders' Cup."

FIRST PUBLISHED 6:00PM, SEP 21 2018
He's going to be up against it having not running in a long time, but what he has going for him is he is a very good horse