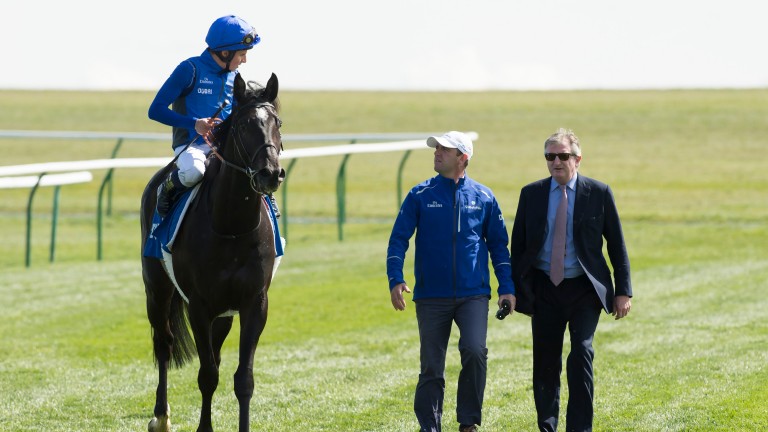 Twelve months ago Godolphin’s Emotionless was a leading hope for the 2,000 Guineas, but he was to miss that engagement in a truncated campaign in which he ran just twice, without joy at Royal Ascot and Glorious Goodwood.

On Thursday, he makes his UAE and dirt debut in the first round of the Al Maktoum Challenge, the Group 2 feature on the opening night of the 2017 Dubai World Cup Carnival.

First contested in 1994, the mile contest is one of the oldest feature races in the UAE, with past winners including Halling in 1995 and subsequent Dubai World Cup winner Gloria De Campeao in 2010.

After winning on debut, the Charlie Appleby-trained Emotionless was hugely impressive when landing the Champagne Stakes at Doncaster, but his highly anticipated clash with Air Force Blue in the Dewhurst proved a damp squib with Emotionless trailing home last and found to be lame post-race.

Not much, in fact, has gone right since his Group 2 Doncaster demolition job, but Appleby said: “He has loved it since he arrived in Dubai about two months ago and seems in great form. His pedigree offers every hope he’ll go on dirt, and he’s working very well on it at home.

“Last year was a bit disappointing but, if he can bounce back to his juvenile form, he must have a good chance.”

The Ali Rashid Al Rayhi-trained Le Bernardin is attempting back-to-back victories in the race, and jockey Tadhg O’Shea said: “He’s improved from his comeback run, which he needed. The draw [stall one] is a bonus and he seems in as good form as he was 12 months ago.”

Polar River, winner of both local fillies’ Classics last year for Doug Watson, bids to get back on track after a disappointing return to action in November, when beaten into fourth as odds-on favourite.

Watson said: “She perhaps needed that first run more than we thought. She was conceding weight then but receives it this time, but is taking on older colts and geldings.”

Stable jockey Pat Dobbs rides her, with Sam Hitchcott on the yard’s other runner Cool Cowboy.

FIRST PUBLISHED 6:00PM, JAN 4 2017
Last year was a bit disappointing but, if he can bounce back to his juvenile form, he must have a good chance