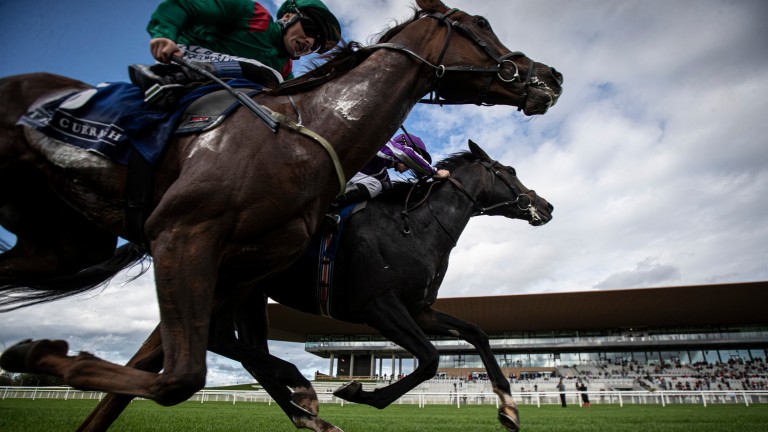 There is not too much racecourse evidence to go on among the 18 runners who will line up for the first of nine races on ITV4, but Cabot Hills shaped with promise when second on his debut at Leopardstown last season. He didn't really build on that second time up and has now moved from Aidan to Donnacha O'Brien, who will be hoping he improves with racing, much like his storied dam, Peeping Fawn.

For a trainer famed for his patience Sir Michael Stoute has made a pleasingly fast start to this most unusual of Flat seasons and his runners will attract plenty of attention at Newbury. Society Lion was well-backed to make his second start a winning one in a Newmarket novice event last September, and Ryan Moore's mount looks likely to be the one the market revolves around again here.

This Michael Grassick-trained five-year-old is sure to be popular given his fine record in sprint handicaps at the Curragh. Verhoyen struck over course and distance last May before going on to land the Premier Handicap on the Irish Oaks card in July, and then run another fine race when just touched off in October. 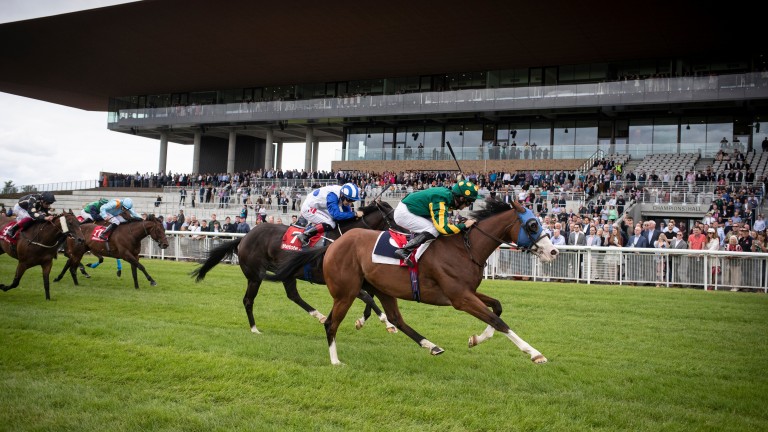 Unlike many of his rivals Jackstar has the benefit of an early run under his belt from the second day of the resumption at Newcastle and Tom Dascombe's contender looks primed for a big run back down a furlong in trip.

Sheikh Fahad's Qatar Racing have already enjoyed huge success with the progeny of US-based sire Kitten's Joy in the shape of Roaring Lion and Kameko. The maroon and gold-braid silks are carried here by the Johnny Murtagh-trained Siamese, who made no mistake on his final start at two when putting distance between himself and Music To My Ears at Dundalk in September.

Away He Goes
5.55 Newbury
Watch And Bet With MansionBet At Newbury Handicap, 1m4f

This four-year-old found only St Leger hero Logician too strong on his debut at Newmarket last May and his two subsequent wins in novice events include a success over a mile and a quarter at Newbury. By far the least-exposed horse in the race, Away He Goes may have more toe than several rivals already proven over further. 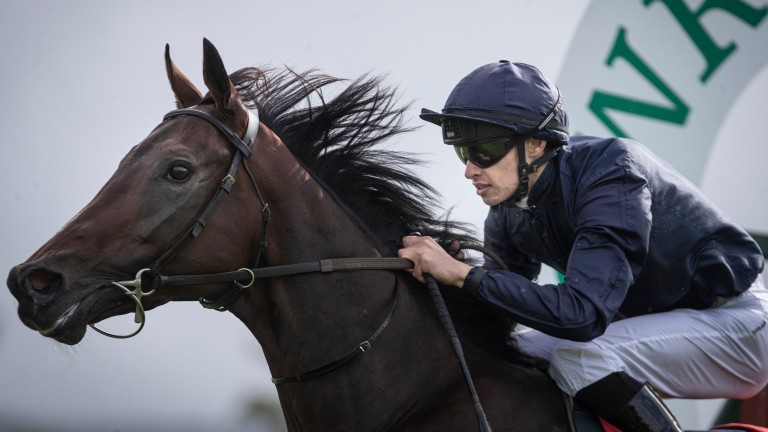 The fortunes of the Gallinule as a Classic trial have fluctuated over the years but in the imposing Mythical, there could be a genuine contender for Derby honours at the Curragh and/or Epsom. He is only rated 4lb below Ballydoyle's current leading contender Mogul and travelled like a classy horse before getting stuck in the Saint-Cloud mud in a back-end Group 1.

Clive Cox's runner has already shown a liking for Newbury, having justified favouritism over course and distance last August, a win he backed up in this grade at Lingfield later in the year. A gelding operation could have brought about further improvement and Just The Man will be a popular alternative to likely favourite Moll Davis.

Unbeaten in four starts as a juvenile – notably when beating Monarch Of Egypt here in the Railway Stakes and then the Group 1 Phoenix Stakes – Siskin carries a big reputation into the first Irish Classic of the season. It will be fascinating to see how he has handled the transition from two to three.

FIRST PUBLISHED 6:00PM, JUN 11 2020
By far the least-exposed horse in the race, Away He Goes may have more toe than several rivals already proven over further