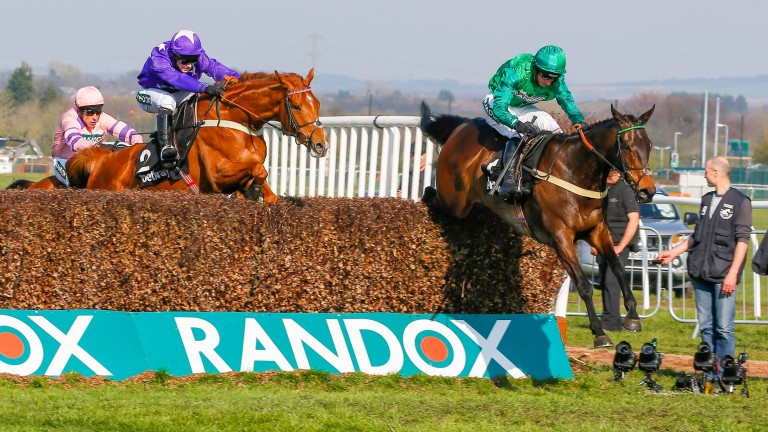 Magic Of Light won this race 12 months ago and is back for more and she could be a better horse now.

Jockey Robbie Power was of that view after the nine-year-old's fluent performance at Newbury a month ago, while her second to Aintree ace Tiger Roll in the Grand National was a wonderful effort.

She concedes weight all round, but is officially rated the best mare in the six-strong line-up and is likely to be a warm order to follow up despite the presence of Papagana.

This has long been the plan for Thebannerkingrebel, whose trainer Jamie Snowden is enjoying the best season of his career.

Snowden adores the exciting seven-year-old, who missed most of last term but has made up for that by winning three of his four starts over hurdles, and in fine style.

He beat Greatwood Hurdle winner Harambe in a heavy-ground Bangor bumper two years ago, so conditions should not be a problem either. 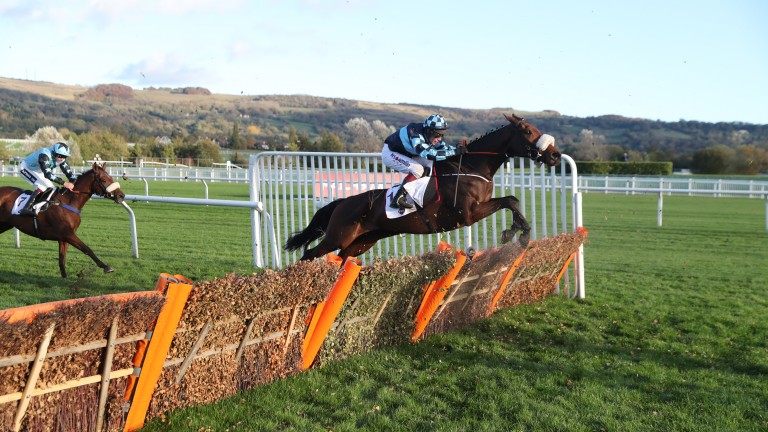 A cracking second in the Supreme in the spring, Thomas Darby seemed to have the world at his feet as he embarked on his chasing career, but his debut over fences ended in defeat and he was a tame third at Kempton when last seen.

Connections, have decided to switch back to hurdles for this, which looks well within the seven-year-old's reach, if he is on his A-game.

His hurdling form is smart and Olly Murphy's yard is in good nick.

Things were quiet for Anthony Honeyball last season, but the Dorset trainer is motoring along nicely now and has claims in Haydock's £75,000 prize with Midnight Tune, nicknamed 'Tractor' by rider Aidan Coleman.

Boasting form of 2F211 over fences, she is regarded as a thorough stayer and will need plenty of horsepower to cope with the demands of the race, which could be a gruelling affair with the ground described as heavy.

The cloud over Ben Pauling's stable has cleared and the trainer must be sweet on the chances of course-and-distance winner Kildisart.

After that victory, he went on to win at Cheltenham before a bold fourth in a red-hot JLT at the festival and success at Aintree's Grand National meeting.

That form has not been regained this season, but he looks a player having been dropped 2lb since his last outing.

Entries for the Unibet Champion Hurdle came out this week and Darasso's name was among them.

Owned by Champion Hurdle enthusiast JP McManus, Joseph O'Brien's raider was quickly put forward as a dark horse for the race in a year it might not be the strongest.

The French-bred Darasso has won two of his four starts since moving to Ireland and desperate ground ought not to be an issue, but he has been off since March.

Altior's underwhelming campaign means there is a new kid on the two-mile block in Defi Du Seuil, the Tingle Creek winner who is vying for Betway Queen Mother Champion Chase favouritism with Nicky Henderson's star.

Another Grade 1 strike – if it comes in decisive fashion against the mud-loving Un De Sceaux – could even promote Defi Du Seuil to the head of the betting and the Philip Hobbs-trained gelding ticks plenty of boxes, being a slick jumper blessed with speed and the ability to stay well.

A stable tour with Olly Murphy

FIRST PUBLISHED 8:00PM, JAN 17 2020
Her second to Aintree ace Tiger Roll in the Grand National was a wonderful effort

Gavin Cromwell planning Breeders' Cup date for Queen Mary star Quick Suzy 'There are no negatives' - 35-race Royal Ascot is a permanent fixture 'Hopefully he's not finished yet' - Rohaan continues his remarkable rise Doyle Force: Creative rider off the mark for the week as Appleby bags a 1-2 A day when two big decisions had to be made - officials at Ascot got both right Did the stewards get it right in the Commonwealth Cup? Experts have their say