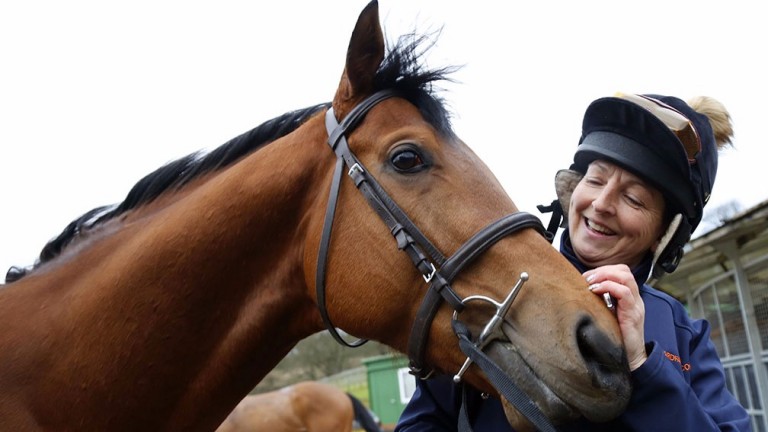 Jamie Osborne is no stranger to social media and the trainer again took to Twitter to find a jockey for Long John Silver in the Ladies' Derby (6.00) at Epsom on Thursday after Kate Harrington was unable to take the ride.

The race, which is run over the Derby course and distance, gives female amateur riders the chance to experience the famous circuit.

Alyson Deniel, who rode English Summer to victory in the event for Richard Fahey in 2015, spoke to Osborne earlier in the week but had resigned herself to not having a ride after Harrington was booked.

Deniel, who works for Tom Dascombe, explained the changed circumstances on Wednesday, saying: "I'd just finished riding out this morning and someone messaged me with the post Jamie had put out asking for a rider.

"I gave him a ring and he asked, 'Are you the lady who I spoke to earlier in the week?' I said yes, and he then said I was top of the list!"

On riding at Epsom, she said: "It really is one in a million. I know we're female amateurs but, riding around there, we treat it like our little Derby."

When asked if she'd been told anything about her mount, she replied: "Not really! I'm sure I'll be told exactly what to do tomorrow. I'm really looking forward to it."

'He's definitely a legend. He owes me nothing'

Riding over the Derby course and distance is an opportunity not many jockeys are able to enjoy during their career, but Joanna Mason knows Epsom's idiosyncrasies better than most thanks to the exploits of veteran Tapis Libre.

After winning the race in 2013, the pair were fourth 12 months later and, although not taking part in 2015, they head into Thursday's race seeking their fourth victory, having triumphed for the past two years.

Mason said: "He's definitely a legend. He owes me nothing. He's won this race three times, I've won on him eight times, and he scored at York last season as well."

"It's absolutely brilliant to be able to ride the Derby course. It isn't the easiest; if you have a horse who hasn't been there before it can be a worry. They have to handle everything – the slope, camber, uphill and downhill parts. It's special to ride there but even better to win."

On Tapis Libre's chance this time round in a contest sponsored by Focus Rigging, she added: "He's been unlucky this season. He's a galloper and keeps going, as he showed when beating Whinging Willie last year. He seems in good form."

Last year there was some frustration as there were two other amateur riders’ races the same day, but there are no such issues this time as the Ladies’ Derby is the only scheduled contest of its type.