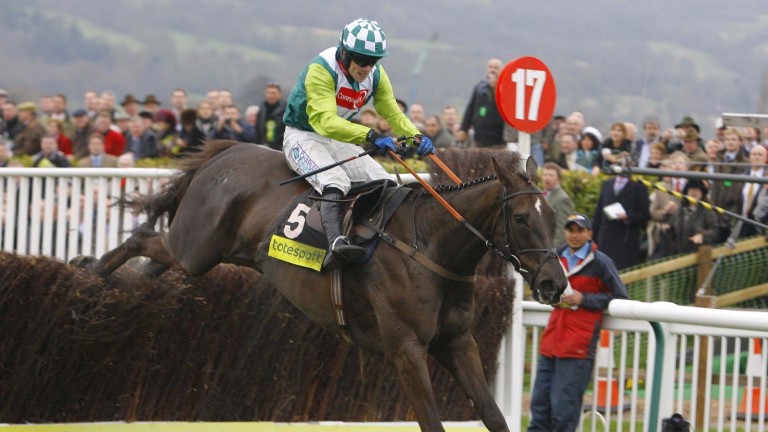 1 Denman may have been born in County Cork but his name has Japanese roots. The son of Presenting was bred by haulier Colman O’Flynn and inspiration came from a successful investment made in land on the site of the former Matsui Denman industrial plant near Cork’s Jack Lynch tunnel. He was sold to Paul Barber and Harry Findlay for €100,000 after a single success for Adrian Maguire at Liscarroll point-to-point.

2 O'Flynn sent the young Denman to his son-in-law Edmund Kent’s Ballyhampshire Stud in Castlelyons for pre-training. Kent had also played a key role in the early development of Dawn Run and, speaking after Denman’s 2008 Cheltenham Gold Cup victory, he said: "He was a big, huge baby. Quite honestly when I broke him, I was watching him and he was so big and lazy I thought I could end up going hunting with this lad." 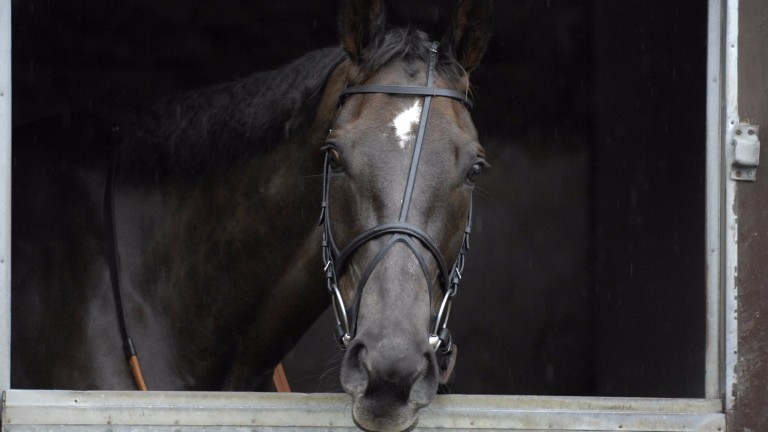 Denman in his box at Ditcheat the day after winning the 2008 Cheltenham Gold Cup
Edward Whitaker
3 Findlay's widely adopted nickname for Denman, The Tank, was in part a tribute to his powerful running and jumping but was also in no small measure due to the sheer size and heft of the horse. Denman measures 17.2 hands and in his racing prime he stripped down to a fighting weight of 555kg (87st). In comparison the lighter-framed Kauto Star was 530kg.

4 Denman met defeat for the first time against Nicanor and Paul Carberry in a slowly run Royal & SunAlliance Novices' Hurdle at the 2006 Cheltenham Festival. Findlay recalls in his recent autobiography, Gambling For Life: "I'm as certain now as I was on the day that had he been ridden more aggressively the result would have been very different. I was pissed off with the ride Ruby Walsh gave him because we shouldn't have lost, and if we did, it should have been from a length and a half in front, getting caught."

5 Denman won all five of his starts as a novice over fences. In the week before his festival dress rehearsal at Newbury in February 2007 he gave ample demonstration of his appetite for the task when winging round the tight confines of Paul Nicholls’ sand schooling ring in front of BBC News cameras. With co-owner (and Nicholls' landlord) Barber leaning over the wall to watch his pride and joy, Walsh called out: "I don’t think he’s going to stand for being dropped in on Saturday!" And so it proved as Denman made all to beat Mr Pointment by 36 lengths. 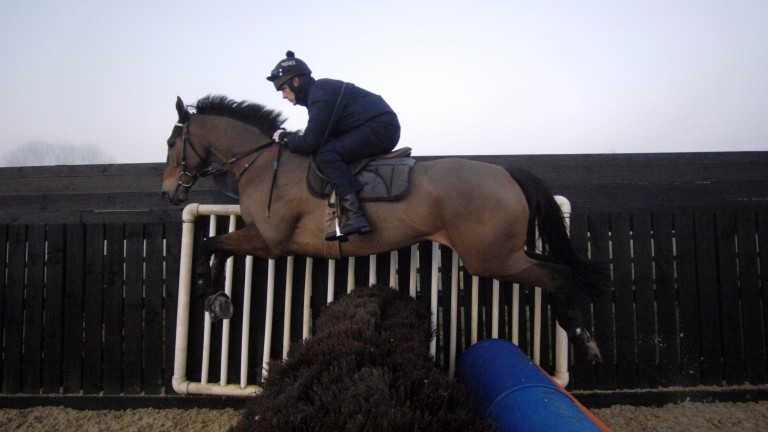 Ruby Walsh and Denman in full flow in the sand schooling ring at Paul Nicholls' yard in Ditcheat
Edward Whitaker
6 The following December his first win in the Hennessy Gold Cup marked the start of full-blown 'Denmania' as the young pretender shrugged off top weight and an eight-and-a-half-month absence to pummel his rivals. On Racing Post Ratings, Denman ran the same race to the pound when landing his second Hennessy two years later, fighting bravely to defeat stablemate What A Friend, who was in receipt of 22lb.

7 In the wake of his first Hennessy romp, Coral made Denman 6-4 favourite for the Gold Cup and eased the reigning champion and his neighbour at Ditcheat, Kauto Star, out to 7-4. Yet despite adding wins in the Lexus Chase and the Aon Chase on the way to Cheltenham, by the time the pair lined up on March 14 Denman was 9-4 while Kauto was odds-on. No matter as The Tank ran Kauto Star and Neptune Collonges ragged to win by seven lengths. 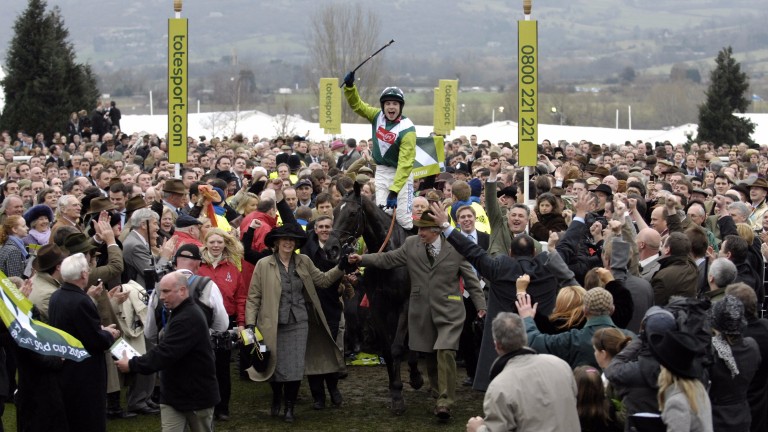 Denman and Sam Thomas are led in to the winners enclosure after The Cheltenham Gold Cup
Edward Whitaker
8 On September 22, 2008 Denman was sent to Rossdales veterinary clinic in Newmarket after showing symptoms of an irregular heartbeat, which cardiac specialist Celia Marr confirmed as an atrial fibrillation. Three sequential doses of quinidine were used to return his heart to its normal rhythm with no recourse to cardio-conversion or, in layman’s terms, electric shock treatment. 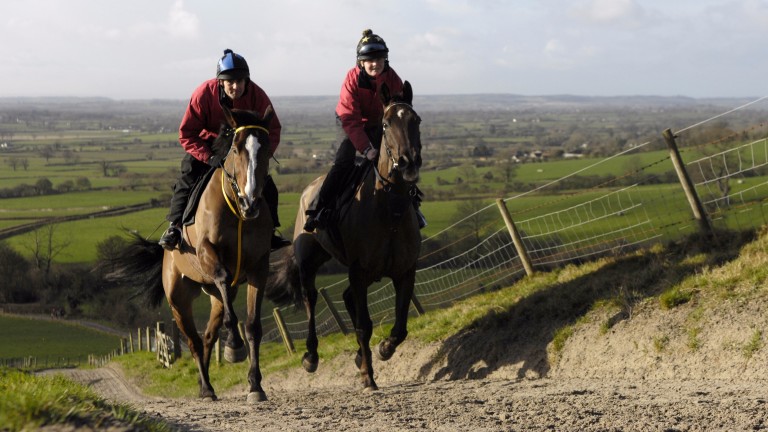 9 Denman was ridden out every morning through the first stage of his career with Nicholls by Jess Allen, who went on maternity leave following his Gold Cup success. Sarah West, Will Biddick and Georgie Brown all had spells with the reigning champion but it was the return of Allen after Denman's disappointing first run back at Kempton in February 2009 that coincided with an upturn in his work. Allen's positive bulletins gave the green light for Nicholls to send him back to Cheltenham, where he was a gallant runner-up to Kauto Star.

10 Denman is the only horse ever to have been runner-up in three Cheltenham Gold Cups – behind Kauto Star in 2009, Imperial Commander in 2010 and Long Run in 2011. He won twice in six visits to the Cheltenham Festival and was never out of the first two. 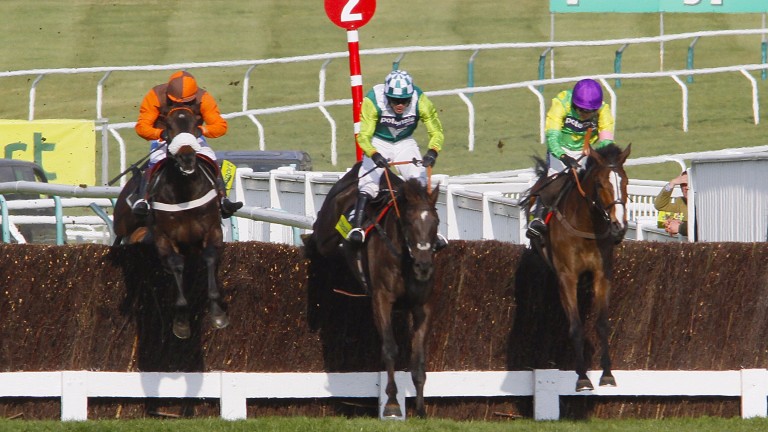 Here's to you Doc, a great and dynamic broadcaster Few regrets for the man who might have bred the great Denman