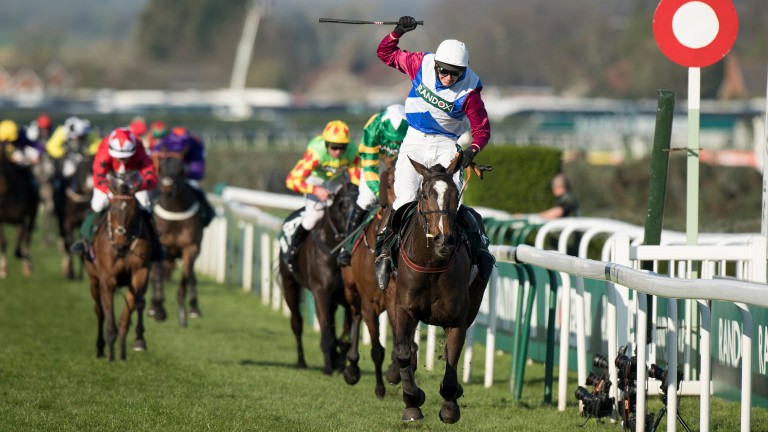 One For Arthur wins the Grand National under an award-winning ride from Derek Fox
Edward Whitaker (racingpost.com/photos)
1 of 1
By Richard Birch 7:11PM, SEP 3 2017

One For Arthur became one of the most illustrious jumpers in training – and a Scottish legend to boot – when landing the Grand National by four and a half lengths from Cause Of Causes at Aintree in April under Derek Fox.

Only the second horse trained in Scotland to win the world’s most famous race, following Rubstic’s victory in 1979, he gave trainer Lucinda Russell the highlight of her career with that memorable triumph and promises to provide many more exciting days ahead.

Generally 16-1 ante-post favourite for the 2018 National, One For Arthur is likely to follow an identical path which led him to glory during the 2016-17 campaign and take in four races this season.

Where did he spend his holidays?
He went down to the Borders to spend his summer holiday with Di Walton, a friend of the owners. Four of his mates joined him – all by Milan incidentally.

How long has he been back in the yard?
One For Arthur came back about three weeks ago. He’s definitely a horse who loves being in work. He did a couple of weeks of road work at the end of his holiday and is now cantering away happily.

When will we see him again?
The plan is to return at Kelso on October 28 in the EDF-ER Handicap Chase, a race he won by six lengths off a much lower rating last year.

What’s the long-term objective?
All roads lead to Aintree and the Grand National once again. After Kelso he will go for the Becher Chase in December, a race in which he finished fifth to Vieux Lion Rouge last year. Then we hope he can repeat last season’s victory in the Classic Handicap Chase at Warwick the following month, which will be his final race ahead of the defence of his Grand National crown. 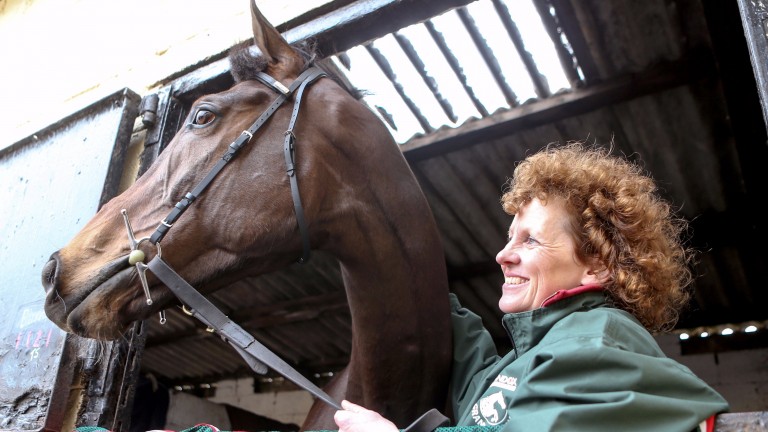 One For Arthur has suffered a season-ending injury
John Grossick (racingpost.com/photos)

What excites you most about him?
Apart from the fact he’s a Grand National winner, it’s exciting to know he’s still only eight and we’ve every reason to believe there’s more to come. Milans do keep improving with age, and if the ground came up soft at Aintree he could be even better than he was this year.

iPod helps 'amazing' Big River rack up eighth course win at Kelso One trainer, one jockey, one horse and one race to watch on Saturday