One for Arthur but three for very happy owner-breeder Erwin 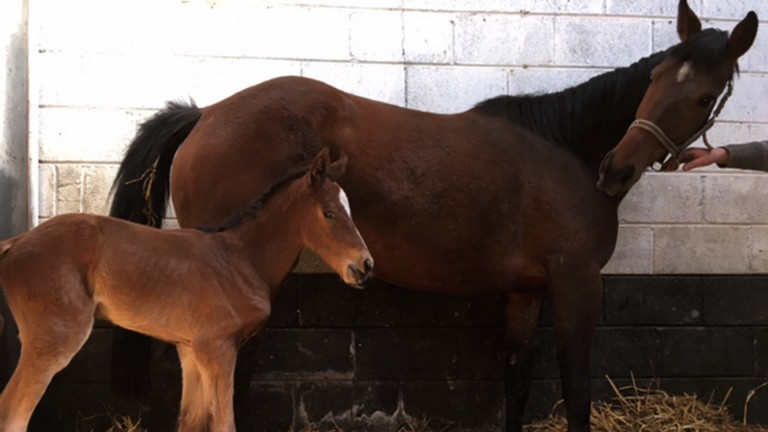 Grand National day is always one to remember, but for David Erwin there were multiple reasons to celebrate.

The first came early when his mare Glencloy safely delivered a healthy Kayf Tara filly – good news for any breeder. However, the little one quickly received a giant pedigree boost when a few hours later One For Arthur – a half-brother to Glencloy – won the Grand National.

“To make a very good day even better our little syndicate then went and won the last on the card with Chesterfield,” says David. “Thirty years of getting it wrong and 60 minutes of repairing the damage!”

Next week will be a busy one for Racing Welfare – tomorrow is the charity’s Middleham Open Day, which returns after a year out, while Wednesday sees the launch of its popular coffee mornings in Gloucestershire.

The Middleham Open Day will not only offer visitors the opportunity to visit the yards of 12 trainers, but hosts such equine superstars as festival winners Peddlers Cross and Cinders And Ashes, Royal Ascot and Cheltenham scorer Junior, and Mad Moose – who is perhaps better known for his pre-race antics than success on the track. 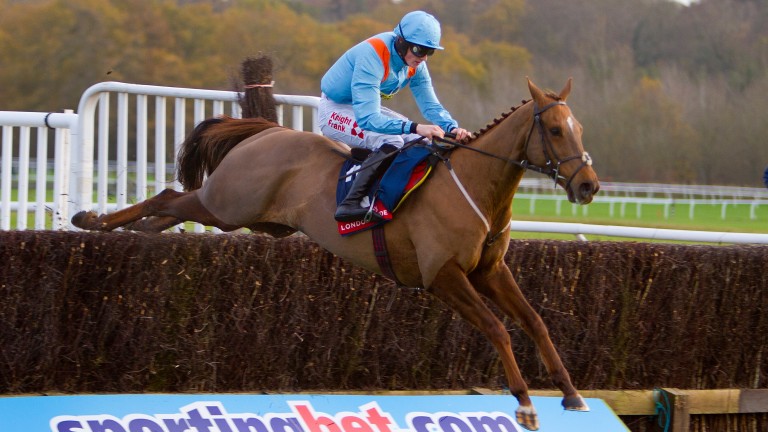 Also on show will be Mark Johnston’s equine spa, and a promotional display from York-based racehorse rehoming charity New Beginnings.
After the yards close, the afternoon activities will include a schooling demonstration and stable staff competition including show jumping, gymkhana games and a tug of war.

Meanwhile on Wednesday, the first Racing Welfare coffee morning at Richmond Retreats in Painswick will take place. Free of charge, the events are open to anyone who has worked in racing at any stage of their career, and is part of a wider campaign to prevent social isolation and loneliness in the sport’s retired population.

Simone Sear, head of welfare at Racing Welfare, said: “We are excited to be bringing Racing Welfare coffee mornings to the Gloucestershire area, where we know there is a large population of retired racing staff. The whole team look forwards to meeting people from the area and sharing racing stories over a cup of tea and a slice of cake.”

Tipperary glory for Gillespie and Lee

Andy Oliver might be the most well-known trainer operating out of Caledon but Lady Jane Gillespie is also flying the flag for the Tyrone town and she sent out her first winner of the Flat season at Tipperary on Tuesday.

Gillespie hit the crossbar at Navan on the first day of April when 25-1 outsider Go Forty Go’s brave front-running effort was thwarted by Seskinane and he had to settle for an honourable second, but she went one better at Tipperary when Dasheen delivered.

The former Mark Johnston-trained gelding was having his first start since leaving the yard of the top British trainer and Gillespie’s magic wand worked wonders as the son of Bahamian Bounty opened his account at the 11th time of asking.

Sent off at odds of 10-1 for the second division of the 7½f handicap, Dasheen swooped late and fast under a well-judged ride from Billy Lee to beat Punches Pious by half a length.

Dasheen has obviously thrived since joining Gillespie and there could be more celebrations to come in Caledon over the rest of the season judging by his taking Tipperary triumph.

The 2017 Derby Walk takes place on Sunday, May 14. Now in its ninth year, the event is raising money for the Epsom Riding for the Disabled Association. Starting at 9am in Knightsbridge, the walk winds its way through the London suburbs and on to Epsom racecourse.

Team GB athletics stars Adam Gemili and Katarina Johnson-Thompson have been unveiled as ambassadors for the Qipco British Champions Series . . .

The Permit Trainers Association will be promoting the benefits of membership at Hexham on April 25 – head along to find out more . . .
Cotswold Wagyu and Vinotopia Wines have finished counting the coffers for their Cheltenham preview evening – the event raised £8,752.74 for the Injured Jockeys Fund . . .

FIRST PUBLISHED 6:00PM, APR 15 2017
Thirty years of getting it wrong and 60 minutes of repairing the damage

Neil Callan: 'I moved my family to Hong Kong - now it's my turn to respect them' 'I love owning horses - but not being able to get a bet on might drive me away' Ryan Moore: 'I try not to offend anyone but for me it's always about the horses' 'Anyone can get a horse fit - it's placing them that separates the good and bad' 'They support the backbone of the sport. I can't speak highly enough about them' Racing Welfare communications team nominated for prestigious Third Sector Awards