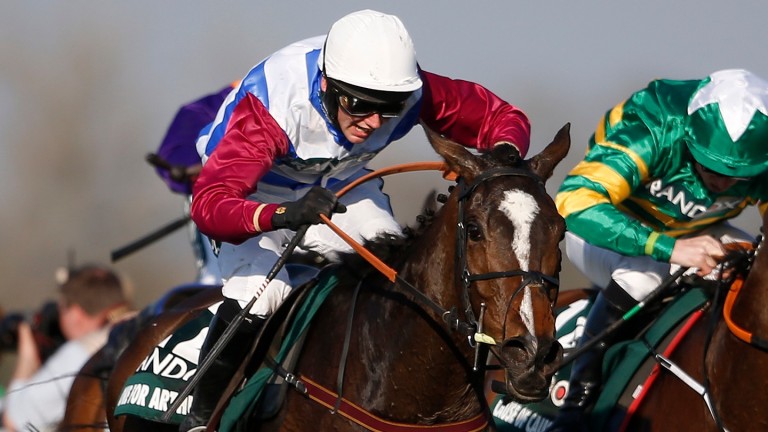 One For Arthur is back on course to bid for a second Randox Health Grand National after his heart scare this month.

The 2017 winner, who finished sixth at Aintree last year, ran an uncharacteristically lifeless race in the Grand National Trial at Haydock and was pulled up with a fibrillating heart.

But the 11-year-old has come through a series of health checks since and was left in the National at the first scratching stage this week. 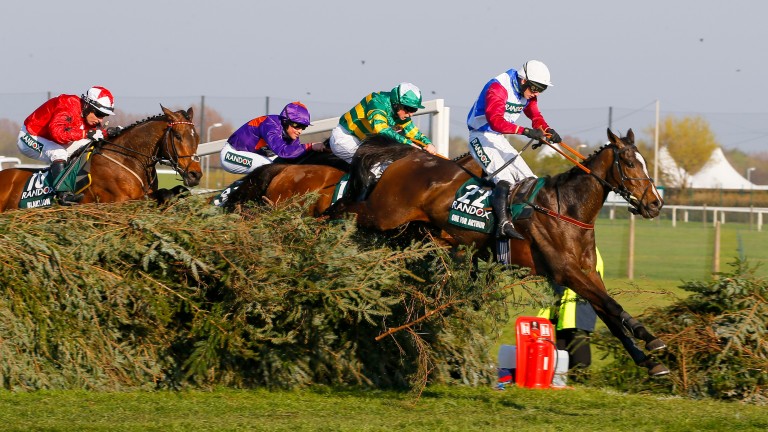 One For Arthur (Derek Fox) jumps the last ahead of Cause of Causes, Blaklion and Gas Line Boy in the 2017 Randox Health Grand National
Mark Cranham

“It’s hugely good news that we haven’t found any problems,” said trainer Lucinda Russell. ”He had atrial fibrillation and was arrhythmic but by the next morning it had come back and all the vets had said to me that if it comes back quicker it’s less likely to happen again.

“Everything is absolutely perfect with his heart. All the valves are tight and everything is great. He’s had a resting ECG and that was perfect, there were no drop beats.

“He’s had an exercise ECG and we're going to do another one about three weeks before Aintree and we’ll continue to keep testing him but it’s so far so good.”

One For Arthur is a best-priced 40-1 for the National, in which he is set to race off the same mark as when successful three years ago.

Members' Club: 'That was a grand prep' - Ted Walsh on Grand National trail with Any Second Now

Read The Lowdown from 8.30am daily onthe Racing Post mobile app with all the day's latest going, weather, market moves and non-runner news