One and done: Chelmsford all-weather fixture abandoned due to fog 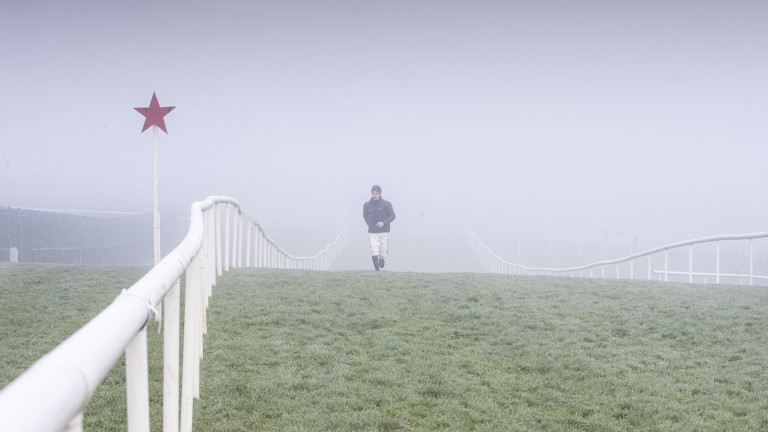 Thick fog has forced the abandonment of meetings at Punchestown and Chelmsford in recent days
Patrick McCann
1 of 1
By Sam Hendry UPDATED 3:41PM, DEC 7 2020

Fresh off Punchestown's abandoned meeting on Sunday, racing was hit by another fog fiasco when Chelmsford's all-weather meeting had to be abandoned after the opening race.

Despite thick fog refusing to budge from the Essex track, officials allowed the opening 7f fillies' maiden, won by Robert Havlin aboard the John Gosden-trained Miss Finland, to go ahead as scheduled.

However, the second race on the card, set to take place at 2.25, was delayed as an official inspection was carried out due to the low visibility.

An early morning forecast predicted the early mist would clear by mid-morning but with conditions worsening rather than improving, the decision was made to call off the remaining seven races.

Clerk of the course Andy Waitt explained the decision, saying: "The jockeys reported after the first race that it was very patchy out on course so we made the decision to hold an inspection.

"We walked the course with jockeys, trainers and the BHA stewards and it was clear that the fog had worsened. The visibility at that point was only half a furlong so we subsequently decided to abandon racing on the grounds of safety because the jockeys felt visibility was too poor. 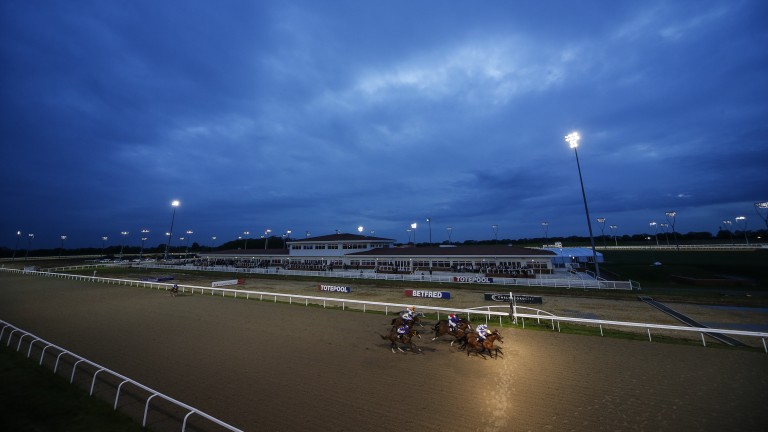 "We also had to take into account whether the doctors and vets could see what was going on in case an incident occurred on the track."

Havlin had commented after the first race that he was "disorientated" turning for home with fog thickest on the bend and the experience was not ideal for viewers at home either, with cameras unable to pick up much of the action until the final 200 yards.

Despite being in a Tier 2 area, Chelmsford has not yet welcomed the general public back to the course with owners and members the only spectators at the track. Nonetheless, the hard decision to abandon racing was hugely frustrating for all parties.

"It's extremely disappointing, there is nothing worse than having to abandon a meeting," Waitt said.

"Everybody was here and looking forward to a good day of racing. We feel utterly gutted for the trainers and jockeys. This is their livelihood and they have got all the horses ready to race only for us to have to call it off."

Asked if the meeting could be rescheduled, Waitt replied: "We don't know at the moment, it's something that we'll ask the BHA about. We're racing again on Thursday and then the following Thursday. It would be nice to think that we could but we don’t know what could happen."

Monday's free racing tips: our experts highlight their best bets of the day

FIRST PUBLISHED 2:57PM, DEC 7 2020
It's extremely disappointing, there is nothing worse than having to abandon a meeting

What was the reaction to Gordon Elliott's return to the racecourse? Going down the High Chaparral route - could River Thames make a big splash? 'The highs and lows of racing' - Jane Chapple-Hyam rues a lost double 'It's great to be back racing' - Gordon Elliott returns after suspension Expert analysis and key quotes as Harrington bids to continue fine form Gordon Elliott saddles first runners since suspension at Punchestown on Tuesday