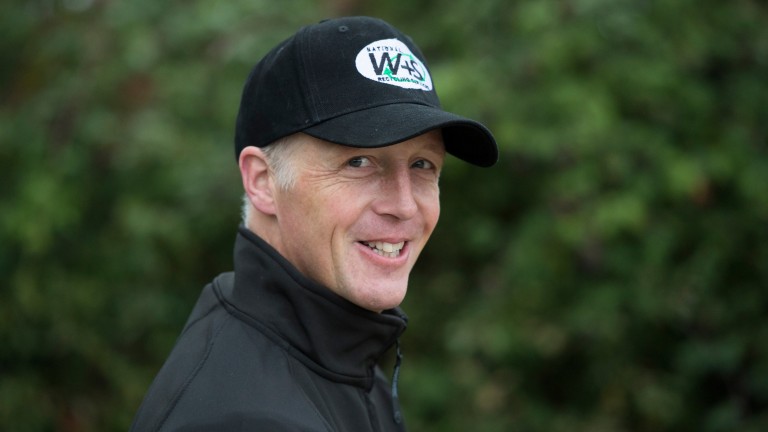 Things have not gone to plan since Si C'Etait Vrai had his last run for Dessie Hughes, in February 2014, when he won a beginners' chase by 20 lengths and registered an RPR of 138.

Twenty-one months off the track followed and since making his debut for Neil Mulholland his form figures read PP8U, yet there remains an air of untapped potential. He was sent off a well-backed 2-1 favourite on his first start this season, having travelled all the way from Mulholland's Wiltshire base to Newcastle, only to unseat at the first fence. More is expected here.

Tim Vaughan's Wings Of Smoke has won off a mark of 135 this year and races off 124 here. Rocky Bender won off 116 in March and now races off just 1lb higher.

David Pipe has done well in handicaps with French horses but the fact he acquired Cafe De Paris at the age of 11 is potentially significant. He was bought this summer at a ripe old age and connections are surely hopeful of exploiting some advantage.

Tim Vaughan, trainer of Wings Of Smoke
He seems very well in himself at home and the ground should suit him – he handles anything good or softer – and the trip is perfect. It's the right sort of race for him and we're hoping for a decent run.

Neil Mulholland, trainer of Si C'Etait Vrai
He's in good form. Last year he was coming back from injury but he's done well for a summer break. It was unfortunate that he unseated at the first last time and we're hopeful he can run a bit better.

Charlie Mann, trainer of Cody Wyoming
He should have a decent chance. He really wants three miles on good ground, but on soft he'd be all right at two and a half. He was a bit outpaced at Cheltenham the other day and it looks the right race for him. He's in good form and we're hopeful.

David Pipe, trainer of Cafe De Paris
It's a good opportunity for him in a veterans' race. He ran okay at Chepstow the other day and two and a half miles might be a bit on the short side for him, so we'll probably make plenty of use of him and it could become hard work in that ground.

FIRST PUBLISHED 6:00PM, NOV 28 2016
It was unfortunate that he unseated at the first last time and we're hopeful he can run a bit better