Once a trainer always a trainer – Stubbs reveals comeback plans 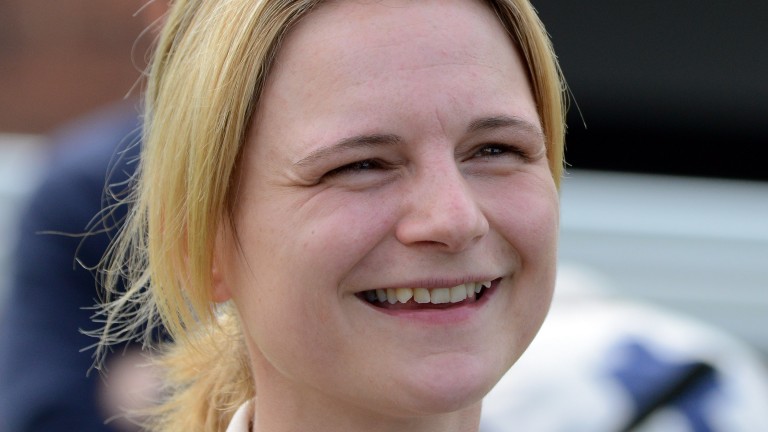 Just three weeks after giving up her licence, Kristin Stubbs has had a change of heart and is set to have another crack at training.

She will have only a few horses and hopes to combine running the Malton yard she took over from mother Linda in 2013 with outside work, with the help of the Jockeys Employment & Training Service.

Stubbs cited lack of financial support from owners and the difficulty of finding suitable staff when announcing last month she was to quit and take a job with David O'Meara.

But she has now decided to start training again, and said on Sunday: "I took Soie D'Leau with me and his owners were keen for me to carry on with him – I've ridden him out since he was a yearling – and I've bought a couple back from the sales who were mine and who I'll try to syndicate.

"So I hope to carry on with a few and I'm meeting Jets tomorrow to look at doing a course so I can do something alongside the training and combine the two.

"If I've only got a few horses I can do something else and look to the future as well. I've spoken to Niall Hannity and he's going to try to help me do a bit of media work."

Stubbs, 36, seemingly signed off with a winner when Top Of The Bank scored at Wolverhampton on January 13, and that horse could be her first runner back.

"Soie D'Leau probably wouldn't be ready until the turf season but I bought Top Of The Bank back and he wouldn't take much getting fit, so he could probably be ready to run in two or three weeks," she said.

FIRST PUBLISHED 3:47PM, FEB 5 2017
I hope to carry on with a few and I'm meeting Jets tomorrow to look at doing a course so I can do something alongside the training and combine the two