News BACK TO WORK 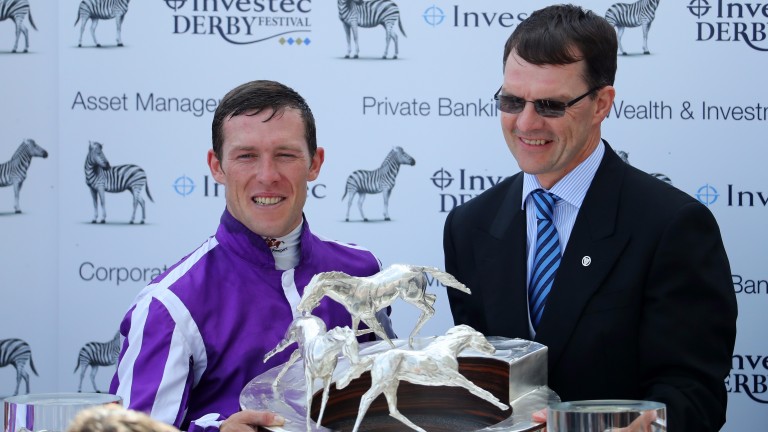 It was straight back to the daily routine for Padraig Beggy, who was in work at Ballydoyle at 6am on Sunday, following his sensational Investec Derby victory on Wings Of Eagles at Epsom on Saturday.

And the 31-year-old, who celebrated the biggest day of his career quietly on Saturday night, was more than happy to slip back into his morning schedule, riding out at Aidan O'Brien's famous stables.

Beggy said: "We were in early this morning as Aidan was heading off to Chantilly for the Prix du Jockey Club. I rode out five lots but after what happened at Epsom it felt like one lot.

"Getting the chance to ride in the Derby was fantastic and winning it was unbelievable and I owe a lot to Aidan and Wings Of Eagles' owners for giving me the opportunity.

"I got home from Epsom on Saturday night and we had a glass of champagne in Colm O'Donoghue's home. We watched the Derby a few times and I watched the race again when I went home to my girlfriend, Megan de Sousa.

"It was a real fairytale to win the Derby on my first ride in the race and it does mean an awful lot to me, although I'd imagine it will probably be a while before it fully sinks in."

While Wings Of Eagles provided him with easily his most important win, Beggy expressed his gratitude for the opportunities O'Brien and the Coolmore partners have given him this season and last.

He said: "Everyone involved at Ballydoyle has been brilliant to me over the past couple of years. This year I won a Group 3 on Hydrangea at Leopardstown and I also rode in the Newmarket 1,000 Guineas, the French 1,000 Guineas and the Irish 1,000. Getting rides on good horses in the big races means everything to a jockey."

So who is Padraig Beggy? Click here to find out

The move to become part of the team at Ballydoyle followed Beggy's return from a stint riding in Australia. He recalled: "I rode 30 winners in Australia, riding mainly for Noel and Emma Mayfield-Smith. Emma is a daughter of Willie Robinson, one of the top jump jockeys of his era.

"When I knew I was coming home I got in touch with a few friends wondering if they might know where I'd get a job. Chris Geoghegan and Michael Hussey, two pals of mine, were working in Ballydoyle and they put in a good word for me. That's how it started and I've been there since the start of 2015."

Whether his Derby success might lead to more rides - he has had only seven rides in Ireland this year - is something Beggy is uncertain about.

"You'd like to think it will, but I'm kept pretty busy with my duties at Ballydoyle, which I really enjoy, and we'll just have to see what happens," he said. 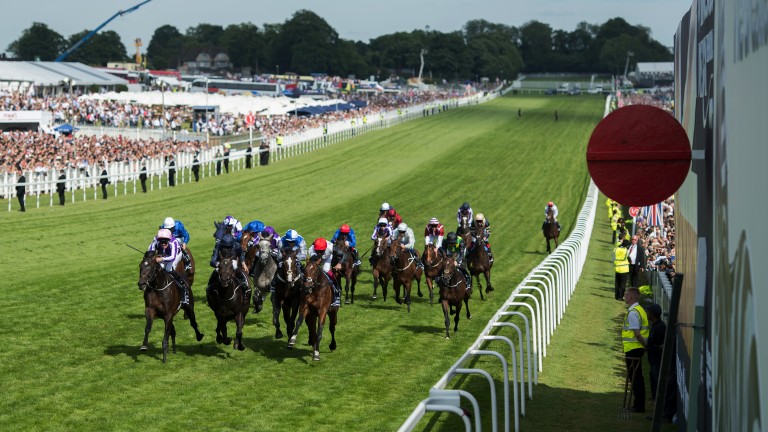 As to what the future might hold for Wings Of Eagles and whether he will be associated with the colt in the coming months, Beggy added: "All those decisions will be down to Aidan. I think there will be more to come from Wings Of Eagles and the way he finished out the Derby so strongly would make you think that if it's decided to go down the St Leger route later in the year, the extra couple of furlongs shouldn't be a problem.

"I rode him a few times at home last year and again early this year when he was doing long canters. I liked him and Seamie Heffernan, who rides him regularly at home and who rode him to run second in the Chester Vase, liked him too and told me he was a smart horse."

WHAT THEY SAY
How those close to Beggy responded

Colm O’Donoghue, fellow jockey at Ballydoyle
I’m absolutely delighted for Padraig. He’s a top guy and I’m thrilled for him. I ride out with him most mornings at Ballydoyle. He’s very sharp, has great hands and is a very good judge of pace.

Kevin Prendergast, with whom Beggy served his apprenticeship
Padraig was a good apprentice when he was with me. He rode very well and was a good hard-working lad. It’s been a long road for him and I was delighted to see him win the Derby.

Pat Smullen, Ireland’s multiple champion jockey
It was an unbelievable day for Padraig and one he’ll never forget. You get good opportunities riding for Aidan because of the quality of horses he has and Padraig made a great job of the chance he got on Saturday.”

Ruaidhri Tierney, Beggy’s agent
I’m delighted for Padraig. He’s a really nice fellow and a very hard worker. Hopefully, the recognition he’s got for winning the Derby will help the cause of getting him more rides.

FIRST PUBLISHED 5:49PM, JUN 4 2017
We were in very early this morning as Aidan was heading off to Chantilly for the Prix du Jockey Club. I rode out five lots

Confirmed runners and riders for Sunday's Pretty Polly Stakes at the Curragh Confirmed runners and riders for Saturday's Irish Derby at the Curragh Seamie Heffernan: staying power is High Definition's trump card in Irish Derby A step too far? O'Brien comments suggest Melbourne Cup dominance about to end Hussey shines as Iowa mows them down for Ulster Derby success 'He could be a Guineas/Derby horse' - O'Brien excited by Point Lonsdale