Monday Action AROUND THE TRACKS 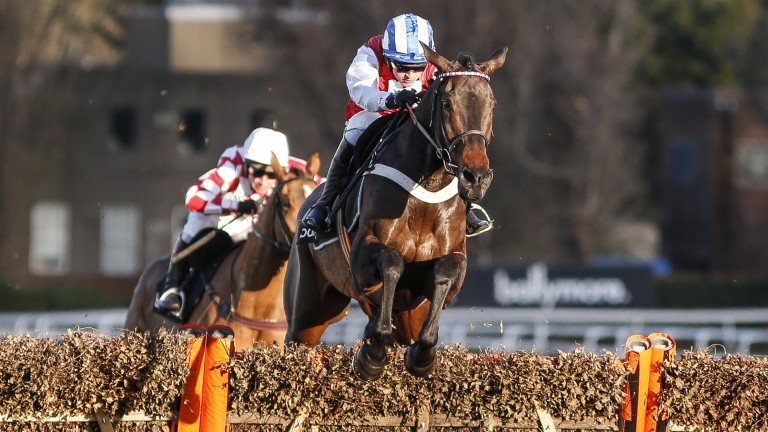 On The Blind Side: steps up the three miles over fences at Kempton
Alan Crowhurst
1 of 1
By Bruce Jackson and Maddy Playle UPDATED 6:13PM, JAN 27 2019

Kempton is the track that just keeps on giving to champion trainer Nicky Henderson, so it's little surprise he has runners in three of the seven races.

Nearing 250 career winners at the Sunbury course at a 26 per cent strike-rate Henderson, despite defeats for Buveur D'Air and Might Bite over Christmas, has had nine winners from 27 runners there this season.

On The Blind Side, who heads his team of five, is on a retrieval mission after disappointing in the Dipper Chase at Cheltenham when a long last of four behind Lostintranslation.

This time last year Alan Spence's seven-year-old gelding was unbeaten in three hurdle races and a leading contender for the Ballymore at Cheltenham before a setback.

Henderson said: "He's stepping up to three miles having looked to need the trip. He's done everything well at home."

Of Duke Debarry, his other runner in the Move Over To Matchbook Novices' Chase (1.30), Henderson added: "He won nicely up north but this is a better race." 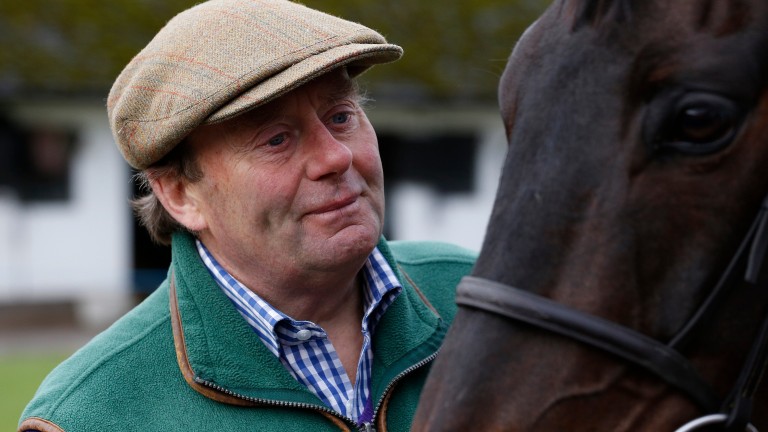 Nicky Henderson: "On The Blind Side has done everything well at home"
Alan Crowhurst
The champion trainer is also double-handed in the Matchbook VIP Novices' Hurdle (2.05) with Pym and the 2016 Cesarewitch fourth The Cashel Man making his hurdling debut.

Henderson said: "Pym has had a break after three quick runs and he has been beaten by good horses in his last two runs.

"The Cashel Man came to us last October time and I like him – he's lazy but a great character. He's been off a long time, will stay the trip well but it is his first run for 611 days."

Precious Cargo, a bumper winner for Lucinda Russell, has his first race for Henderson in the opening novice hurdle (1.00) and is running for the first time since a wind operation.

Rex Dingle has been a young jockey on many people's lips of late and the 5lb claimer could reach the 25-winner mark on Mistress Massini in the Cobnobs Handicap Chase (4.00) at Ludlow, where she is seeking a hat-trick. 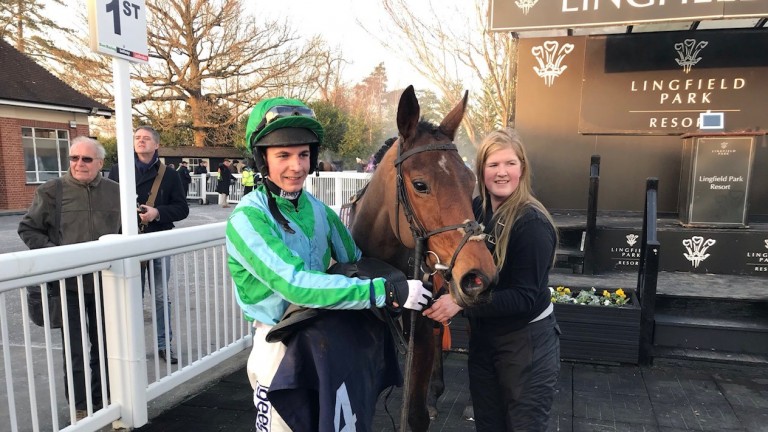 This is a considerable step up in class and she receives weight all around against battle-hardened types like Smuggler's Blues and Hey Bill, who have been contesting thoroughly decent races.

This year's crop of British juvenile hurdlers hasn't set the world alight but the opening contest at Ludlow (1.45) could be won by an above-average type, with four Flat horses making their debut over hurdles.

The eye is drawn to the the Tom George-trained Petit Palais, who on paper should be contesting Group 1s in the heat of summer, not galloping around Ludlow in January, as he is a half-brother to 2,000 Guineas winner Galileo Gold and his dam is related to multiple Group 1-winning sprinter Goldream.

Bought out of John Gosden's stable for 26,000 gns in October after just three races in the colours of Princess Haya Of Jordan, Petit Palais finished fourth of five most recently behind subsequent Christmas Hurdle winner Verdana Blue at Chelmsford in September.

The winner of a Wolverhampton 1m4f maiden before that, he is due to face the 85-rated Scaramanga, who is now with Paul Nicholls, two-time scorer Lucky's Dream, who runs in the colours of Roger Brookhouse and Purple Jazz, who won once for George Baker.

Read exclusive previews of the next day's racing from 6pm the evening before daily on racingpost.com

FIRST PUBLISHED 6:00PM, JAN 27 2019
Despite defeats for Buveur D'Air and Might Bite over Christmas, Henderson has had nine winners from 27 runners there this season