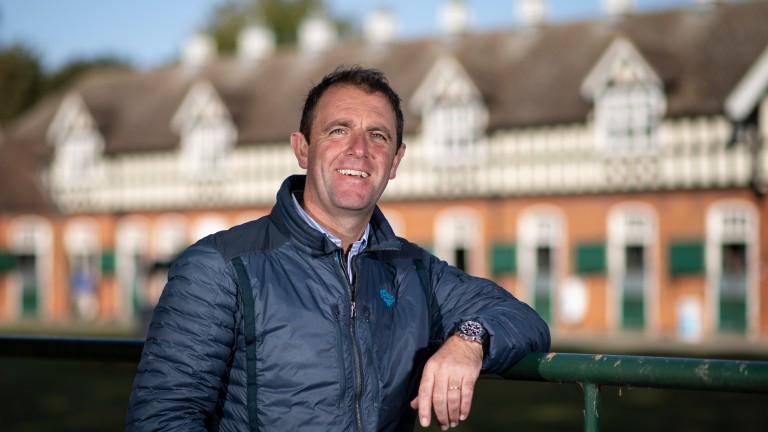 Charlie Appleby’s finest season had an apt finish to it at Newmarket as Zakouski, his final runner at his home track, triumphed for the second year running in the Listed 888Sport Ben Marshall Stakes.

With a first domestic trainers’ title all but secured thanks to big wins for the likes of Adayar, Hurricane Lane, Native Trail and Creative Force, Appleby was already looking ahead to big overseas challenges in the coming weeks with his stable of stars.

The trainer is set to saddle half a dozen runners at the Breeders’ Cup at Del Mar next weekend, while Zakouski and stablemate Barney Roy are in line for a tilt at the £500,000 Bahrain International Trophy on November 19.

“He was coming into this race off a big break but he’d done some good home work and on ratings he was the clear pick,” Appleby said.

“It was lovely ground for him and we had confidence coming in that he would run well and that we would hopefully get an invite to Bahrain.

“With Barney Roy going there too we should have two lively contenders. It’s a race we’re keen to support and they’d be similar sorts in that a mile and a quarter would be their maximum, but they’ll be suited by the track and the quicker ground.”

Bay of plenty for Stoute after Listed triumph

Bigger and brighter targets are likely to await Bay Bridge after he ran down front-runner Majestic Dawn to capture the Listed 888Sport Jane Seymour Stakes.

The three-year-old, trained by Sir Michael Stoute for owner-breeder James Wigan, was winning for the fourth time from as many starts in 2021, including the London Gold Cup at Newbury, a race with a rich history of producing future top-quality horses having supplied the likes of Headman, Defoe, Time Test, Cannock Chase and Al Kazeem.

“That’s a tough test for a horse on that sort of ground when he’s still getting his strength,” Stoute said. “He had a little niggle in the summer that kept him off but his attitude was good there today. He’s a professional horse with a good mind and I think he’ll stay a mile and a half.”

Flash Betty looked set to produce the biggest shock of the day in the Listed British Stallion Studs EBF Montrose Stakes, but the 80-1 shot was reeled in yards from the line by Kawida, much to the delight of her connections.

Owned and bred by Kirsten Rausing, who has enjoyed a memorable season with the likes of Alpinista, Sandrine and Albaflora, Kawida is a close relative to Australian Group 1 winner Zaaki, making her Listed victory under Tom Marquand all the more important.

Richard Frisby, racing manager to Rausing, said: “Tom felt two and a half furlongs out he was going to win by three lengths but she takes a while to get organised.

“She’s closely related to Zaaki, who’s done so well in Australia, so she’s a valuable filly now. She’s an exciting filly for the future and she stays very well.”

The previously unbeaten Five Stars, who was pulled up, was taken toNewmarket Equine Hospital with a suspected pelvis injury, according to trainer Mark Johnston.

FIRST PUBLISHED 6:30PM, OCT 30 2021
We had confidence coming in that he would run well and that we would hopefully get an invite to Bahrain