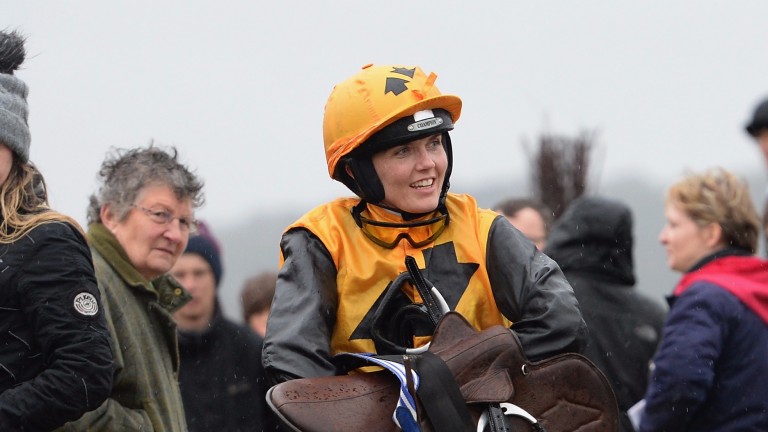 Victoria Pendleton: missed out at Cottenham on Saturday
Tony Marshall
1 of 1
By David Milnes 7:21PM, FEB 12 2017

Injury robbed Victoria Pendleton of her first point-to-point winner at Cottenham on Saturday, when she was forced to look on with the aid of crutches as her own horse Vesperal Dream landed the ladies' open.

The Olympic gold medal-winning cyclist is still recovering from a leg injury incurred when unseated from the same horse at Larkhill last month and cheered on replacement rider Izzy Marshall in a thrilling finish.

Pendleton, who rode Pacha Du Polder to victory in a hunter chase at Wincanton last season before finishing an honourable fifth in the Cheltenham Foxhunter on the same horse, is hoping to be back in time to ride Vesperal Dream in his next race in around two to three weeks' time.

Lawney Hill, wife of Alan, trainer of Vesperal Dream, said on Sunday: "Victoria can't ride at the moment as she picked up an injury when she fell off Vesperal Dream at Larkhill. She was delighted the horse won and she said that watching the race from the stands gave her a different perspective.

"She was very generous in allowing the horse to run even though she couldn't ride him. Izzy did a great job to beat our other runner Sharp Suit, who was favourite."

She added: "Izzy is my son's girlfriend and she's a novice rider who has now won three from three for us, but hopefully Victoria will be fit to ride Vesperal Dream next time."

FIRST PUBLISHED 3:44PM, FEB 12 2017
She was delighted the horse won and said it gave her a different perspective watching the race from the stands