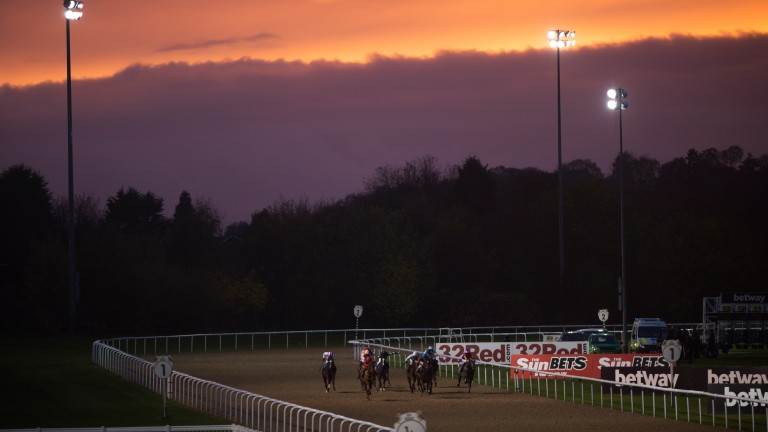 This will be a year many want to forget, but jockey Oliver Stammers labelled his 2020 in the saddle as "fantastic" following a nightmare previous 12 months and he continued his career-best season when Lleyton waltzed to another victory at the track.

The 5lb claimer failed to register a winner last year but has bounced back in fine style, with Lleyton's rampant success giving him a 14th winner of the year and taking their record together to two victories and a second from three rides.

Reflecting on the season, Stammers said: "It's been fantastic as I've put in a lot of very hard work. I'm really delighted and I want to keep on moving forward. Last year was very difficult for me being off three times with injuries.

"Lleyton has run really well and he always puts his best foot forward. I got stuck way too far back last time, so it's good to get his head back in front today."

Ryan Moore is not a regular at Wolverhampton but is the track's in-form jockey following a double on the card, headlined by victory with Moonlight In Paris in the feature 1m½f fillies' handicap.

The three-year-old backed up a recent course-and-distance success under Moore, who also scored here with Epic Pass in the 1m½f novice stakes. The jockey now has ten wins from his last 26 rides at the venue.

Laura Pearson has quickly established herself as a rising star of the all-weather season and You're Cool's narrow victory in the 5f handicap gave the 7lb apprentice a fifth winner in the past fortnight on her first ride for trainer Derek Shaw.