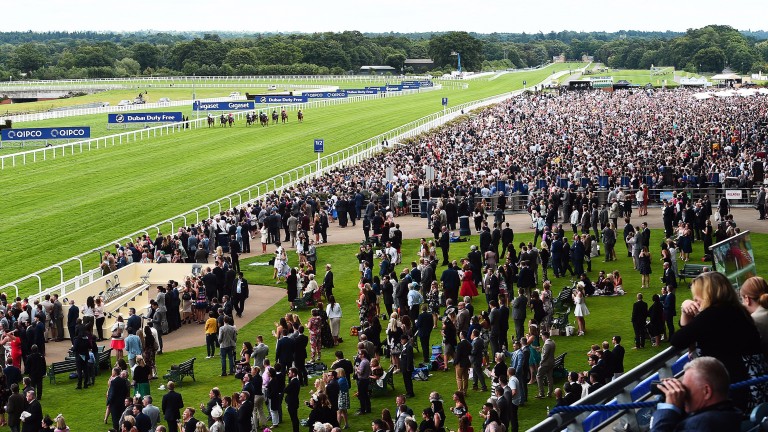 RaceTech is to provide a range of essential racecourse services at Ascot from next year after signing a long-term partnership with the racecourse.

Starting with Ascot's meeting on March 31 Racetech will oversee integrity coverage, in-house programming and other services such as the photo-finish across all racedays at the track.

Ascot's chief commercial officer Juliet Slot said: "The upgraded Ascot broadcast feed will service all our new and existing media partnerships both here in the UK and internationally.

"Having worked together for a number of years now, RaceTech is a trusted and valued partner for Ascot. We are very much looking forward to utilising their additional technical services to improve our broadcast output for all of our partners."

Godfrey Maundrell, who made headlines when riding winners under rules in his 60s, has died at the age of 70.

Maundrell, an arable and dairy farmer, rode for more than four decades, notching his first treble at the age of 61 and his 150th point-to-point winner aged 62, during a season in which he also landed three hunter chases on Lisadell King, who he also owned and trained.

Maundrell, who was diagnosed with cancer aged 47, suffered complications arising from surgery and other cancer treatments led to his death last Sunday.

His widow, Angie, said on Tuesday: "He stopped riding out in March this year, but wouldn't let on to anybody about his illness.

"When he was first diagnosed with cancer he was back riding out as soon as possible, and from that point on he was determined to achieve as much as he could for as long as could. He said: 'I have nothing to lose now'. Everyone admired him for coming back."

Maundrell is survived by Angie and his step-son Charlie.

FIRST PUBLISHED 11:01AM, NOV 5 2018
The upgraded Ascot broadcast feed will service all our new and existing media partnerships both here in the UK and internationally