O’Leary: we’ll be doing everything we can to help Gordon across the line 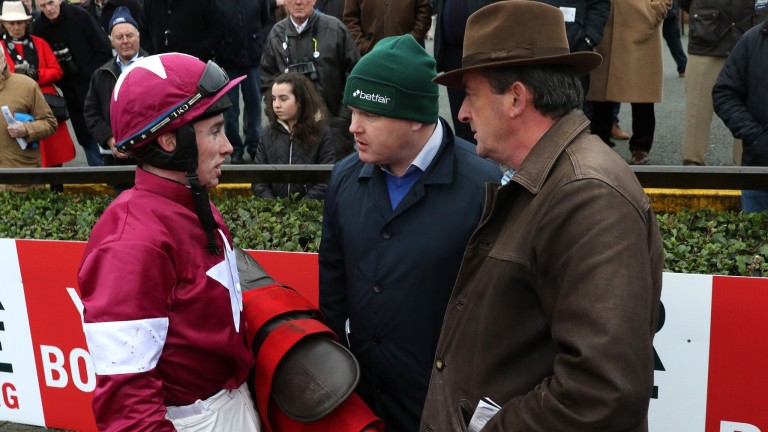 Eddie O'Leary (right): says Gigginstown would love to get Gordon Elliott over the line in the trainers' championship
CAROLINE NORRIS
1 of 1
By Brian Sheerin UPDATED 6:42PM, APR 7 2018

Eddie O’Leary is predicting another nail-biting finish to this year’s trainers’ championship but hopes Gigginstown House Stud can help Gordon Elliott bring Willie Mullins’ 10-year reign to an end at Punchestown this month.

Gigginstown, the champion owners in Ireland, have superstars such as Samcro and Apple’s Jade in training with Elliott, who lost out on a first championship last year by less than, €200,000 having led for much of the season. 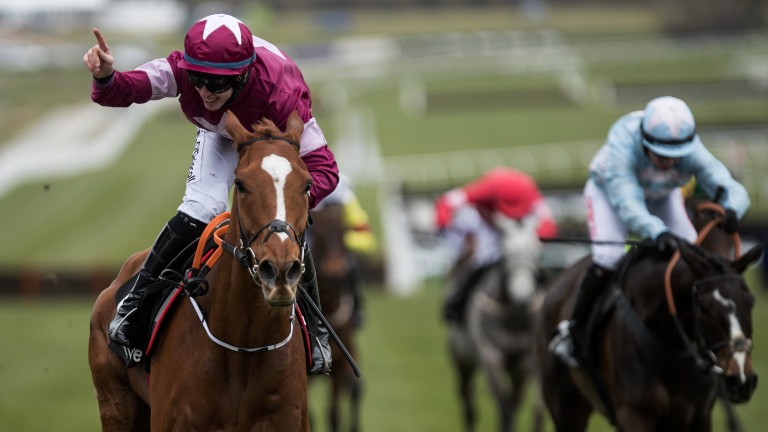 Number one: Samcro is Punchestown bound along with a number of Elliott-trained stars that are owned by Gigginstown House Stud
Patrick McCann (racingpost.com/photos)

O'Leary said: “I think it’s time we started lauding Willie and Gordon for their achievements. Willie is an amazing man and trainer while Gordon has come from absolutely nowhere in the space of 10 years.”

He added: “As Ruby said [in his Racing UK blog], it’s always possible to raise the bar and there’s no point in sitting back and whingeing.

“You get a fella like Gordon with nothing behind him, no pedigree, no nothing, and he’s challenging for champion trainer in such a short space of time.

“It just shows, if you’ve ability and you want to work hard at it, there’s always room for you to succeed.”

Gigginstown, by far Elliott’s biggest supporters, will not take any credit for the trainer’s rapid rise through the ranks, but O’Leary admitted they will be doing everything possible to help the 40-year-old win a first championship.

He said: “We’d obviously like to see Gordon winning it after he was caught late on last year and hopefully we can get him across the line this time.

“There’s a long, long way to go and the title is far from being over but we wish Gordon the very best in his efforts.

“We’ll run the horses in the races that they’ve the best chances of winning – that’s always been our plan and it’s Gordon’s plan too.” 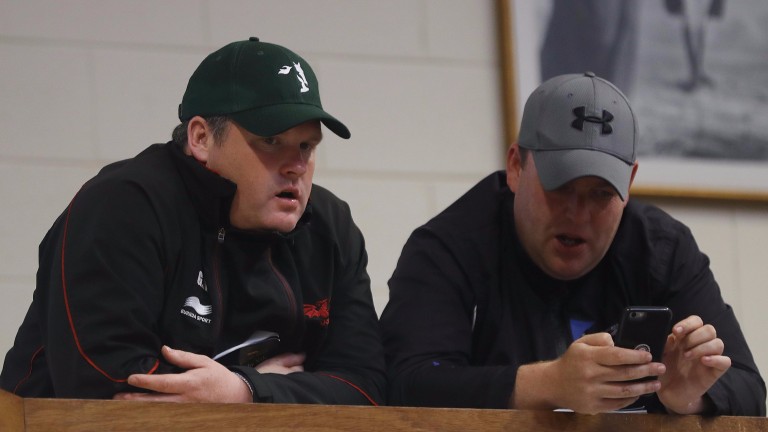 He added on Elliott: “He works very hard and has a brilliant team around him. He has an unbelievable ability of turning those cheap horses he picks up at the sales into superstars.

“Look at the likes of Mick Jazz for example. Every year, there seem to be more and more of these success stories from him.

“As well as that, he thinks as much about the cheap horse in his yard as he does about one of ours – they’re all treated the same.”

FIRST PUBLISHED 6:34PM, APR 7 2018
We’d obviously like to see Gordon winning it after he was caught late on last year and hopefully we can get him across the line this time