O’Leary: Road To Riches is a King George possible 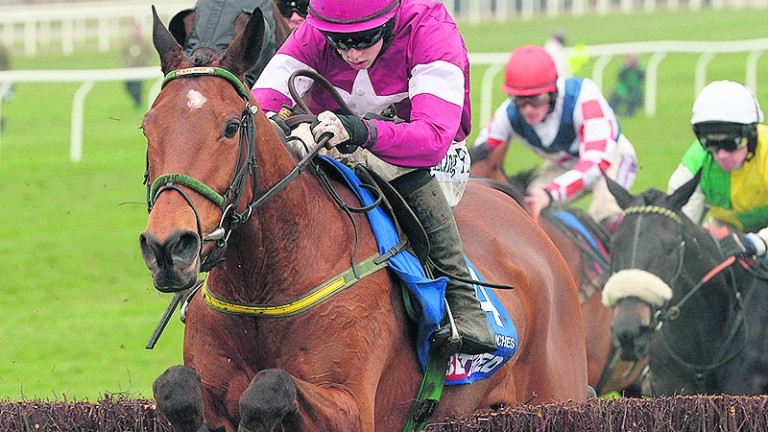 Road To Riches is under consideration to represent Gigginstown House Stud in the 32Red King George VI Chase, but Valseur Lido is heading to Leopardstown, racing manager Eddie O'Leary said on Monday.

Road To Riches has enjoyed a break since finishing second at Gowran Park at the start of October and is a 40-1 shot with the sponsor for next week's Kempton prize.

“Road To Riches is a possible for the King George," said O'Leary. “He has the option of the Lexus Chase, nothing's set in stone.

“Anyone who knows how we operate knows you always need to leave your options open, and that’s what we'll be doing.”

There is considerably less doubt over the Christmas target of Valseur Lido, who is 2-1 favourite for the Lexus Chase at Leopardstown.

O’Leary said: “Our main priority is the Lexus and Valseur Lido is our number one hope for that. I think if we're to have a good horse this year, it could be him.

“He looked good at Down Royal and would be suited by the Lexus more than the King George."

He added: “We'd also run Don Poli in the Lexus if it was heavy. I hope to see a different Don Poli at Christmas.

“He has been out hunting and maybe heavy ground around Leopardstown would bring out the best in him. If he can’t lie up on heavy ground in the Lexus we may start having to think he's a thing of the past.”

Outlander is another likely to run for Gigginstown in the Lexus, his trainer Gordon Elliott saying on Monday: "We had it in our minds to run at Kempton after Coneygree came out but with Thistlecrack now running we might have to think twice."

O’Leary added that Wounded Warrior could contest the Coral Welsh Grand National at Chepstow next Tuesday.

“There's a little chance Wounded Warrior could run there," he said. "I wasn’t disappointed with his return at Thurles whatsoever as two miles six on decent ground is not what he wants.

“He needs a test of stamina and heavy ground and we'd rather run him in the Welsh National than the Lexus.”