O'Leary may have to tip hat to Smith if Tombstone triumphs 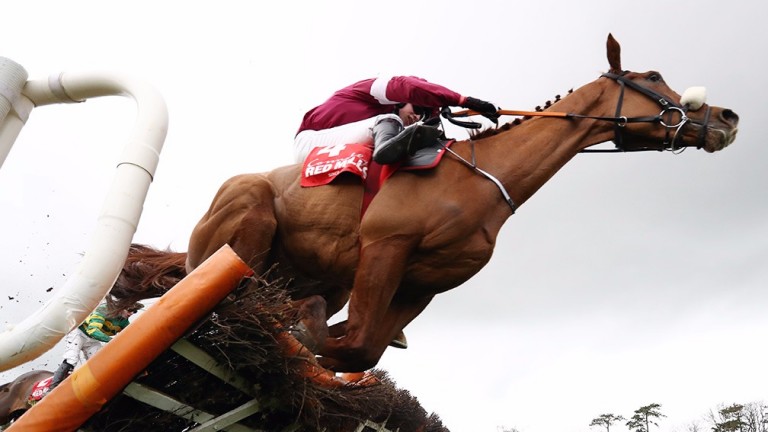 Ryanair boss Michael O'Leary may not send Phil Smith a Christmas card, but surely there will be a nod in the direction of the BHA handicapper if Tombstone wins.

O'Leary, whose horses run in the maroon silks of his Gigginstown House Stud operation, had contemplated supplementing the seven-year-old for the Stan James Champion Hurdle this week, but the mark he was given by Smith tempted connections to head down the handicap route.

The owner and Smith's spat resulted from the BHA senior handicapper's assessment of some Gigginstown horses entered in the Randox Health Grand National.

If Gordon Elliott wins with Tombstone or Automated he would match his mentor Martin Pipe's record of three victories in the race.

Amateur Alex Ferguson could not claim from High Bridge in Tuesday's Sky Bet Supreme Novices' Hurdle, but the 7lb he takes off from Leoncavallo could come in handy on a horse long thought capable of making his mark in a handicap like this.

It often pays to side with horses who go well at the track and Taquin Du Seuil's record at Cheltenham reads 6121961.

Paul Nicholls, trainer of Modus and Old Guard
Modus won the Lanzarote Hurdle at Kempton in January. The handicapper has put him up 11lb for that performance, but he should still have good claims. Old Guard, who finished fourth in that race, is better off at the weights now. It was too soft for him in the Cleeve Hurdle last time, and the better ground will suit him. He likes Cheltenham.

Gordon Elliott, trainer of Tombstone and Automated
We toyed with the idea of putting Tombstone in the Champion Hurdle but opted for this race when he was given a rating only 1lb higher than his Irish mark. He's in very good order and ran well at the festival last year when fourth in the Supreme. Automated is a hold-up horse and will need luck in running. If he gets it then he's capable of being in the money. 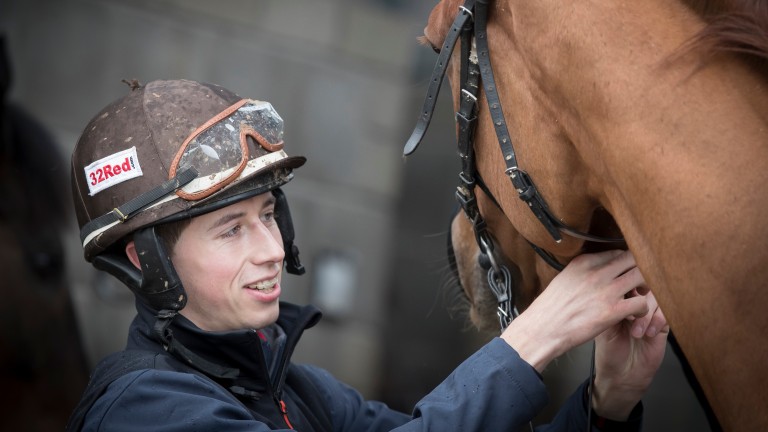 Alan King, trainer of Who Dares Wins and River Frost
This has been the target for Who Dares Wins for some time but I fear the handicapper may just have a hold of him. He ran very well under top weight at Huntingdon the other day and is in good form, but he has little leeway off his current mark. River Frost may also find it difficult at the weights as the handicapper was quite severe in putting him up 10lb for winning at Kempton. But he's a tough horse who's taking his racing well and he's progressive.

Peter Fahey, trainer of Peregrine Run
He's in great form, having travelled over well. We're very happy with him. He's won over the course and we're hoping for a big run.

Willie Mullins, trainer of Thomas Hobson, Allblak Des Places, Tin Solder, Bravissimo and Sure Reef
Ruby rides Tin Soldier, who is two from two for us since we got him from France. He's a horse who hasn't been impressive but he keeps pulling it out and we think there is plenty more in his locker. His wins have been on heavy and soft, but there should be enough cut in the ground for him and for his stamina to come into play.

We have four others, including Thomas Hobson, who was disappointing at Navan last time. However, he was beaten only four lengths in the Coral Hurdle at Leopardstown in January and if he can find that sort of form he will have an outside chance.

Paul Townend was keen to ride Allblak Des Places, whose homework is a good bit better than his recent form, and we're going to change tactics on Bravissimo, who didn't get the run of the race in the Deloitte Novice Hurdle last time.

Sure Reef has had his problems and we've been trying to get him back to the sort of form he showed a few seasons back when he won a Grade 2 over 2m4f at Leopardstown. He ran okay at Fairyhouse last time and we're hoping he can improve on that effort. If he does that, he could very well finish in the money.

Nicky Henderson, trainer of Hargam
We've put cheekpieces on him and the trip will help him, as will good ground.

Colin Tizzard, trainer of Morello Royale
I thought she was going to beat Tobefair last time but he just outstayed us. We fancied running her at the festival and this was the obvious race. She would have some sort of chance.

Ben Pauling, trainer of Leoncavallo
He is in good order. He is back down to the mark he ran well off at the start of the season and the step up in trip should suit so I hope he'll be competitive.