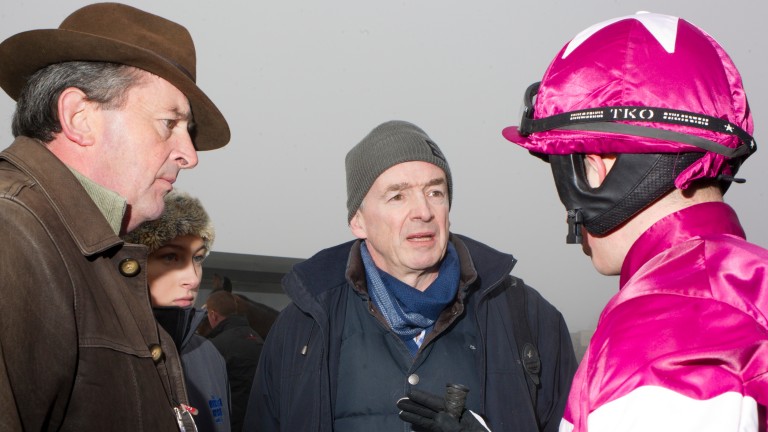 Michael and Eddie O'Leary of Gigginstown House Stud both hit back at BHA senior handicapper Phil Smith on Sunday as the debate over Smith's handicapping of the Randox Health Grand National – and that of Irish-trained horses generally – raged on.

Michael O'Leary was furious with the National weights – which were unveiled on Tuesday night and over which Smith has carte blanche –allotted to Gigginstown's Outlander (11st 10lb), Empire Of Dirt (11st 8lb) and Don Poli (11st 7lb), and ruled all three out of the £1 million handicap on Thursday, while the following day Smith issued a robust defence of his actions.

The O'Learys believe the British ratings given to those three horses, before the National weights were then compressed, are too high and Michael O'Leary said: "Phil Smith has put those horses up – at least tell us before we waste money entering in the Grand National.

"That’s my only point. He's the handicapper, he’s free to make up the rules. But he can’t argue after the event he’s been consistent when in each of the last number of years the average compression was 5-6lb and this year it's 2lb."

"I’d certainly like to have a couple of runners in the Grand National, and I don’t mind if Phil Smith's putting up horses at the lower end of the weights. I’m just not going to have my better horses destroyed by him putting them up, inflating some mythical handicap figures and then arguing he’s compressing the weights when in fact he’s raised them."

His brother Eddie told the Racing Post: "We don't accept Phil Smith's comments and we find them highly insulting to Irish racing and the Irish handicapping system. We're talking about the Grand National, the most famous steeplechase in the world. It's not meant to be the Phil Smith show.

"None of Outlander, Empire Of Dirt or Don Poli will run. We won't be changing our mind and all three will be taken out of the National at the first forfeit stage."

Outlander and Don Poli are heading for the Timico Cheltenham Gold Cup, while Empire Of Dirt is also Cheltenham bound with the Ryanair Chase his most likely target.

Referring to Rule The World, who was retired after winning the National for Gigginstown last year, O'Leary said: "We decided to retire him as we expected he would be top weight if we sent him back to Aintree this year. He's a fragile horse, although a talented one. Taking The Last Samuri as a guide, he would have had top weight."

FIRST PUBLISHED 6:46PM, FEB 19 2017
Phil Smith has put those horses up - at least tell us before we waste money entering in the Grand National.