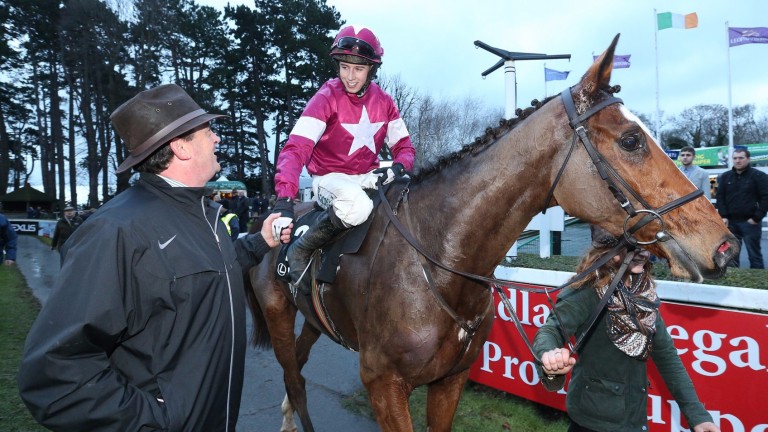 Gigginstown House Stud racing manager Eddie O’Leary is looking forward to running a number of horses in the Lexus Chase at Leopardstown on December 28th.

The owners are responsible for ten of the 28 entries, and O’Leary said: “Don Poli will bid to to record back-to-back wins in the race.

“Gordon [Elliott] is happy with him and I'm hoping his poor run in Down Royal was just down to the ground.

“Noel [Meade] has Road To Riches back in good form after his operation on a kissing spine and that’s his target.

“We could also run Valseur Lido. He wants a staying test and may not want to take on Cue Card at his track at Kempton in the King George.

“We will see closer to the time but we live in this country and we will never shy away from running ours against each other.”

2015 Cheltenham Gold Cup winner Coneygree has also been given an entry for the Lexus although connections are leaning towards the King George for their stable star.

The Willie Mullins-trained Djakadam, placed in the last two Cheltenham Gold Cups, and 2014 Gold Cup hero Lord Windermere are others that catch the eye in the €150,000 prize feature.

The Rich Ricci-owned trio of Annie Power, Faugheen and Vroom Vroom Mag head a powerful team of entries from Willie Mullins’ stable for the €100,000 Ryanair Hurdle.

Mullins has also given entries to Douvan, Un De Sceaux and Champagne Fever for the Paddy Power Cashcard Steeplechase.